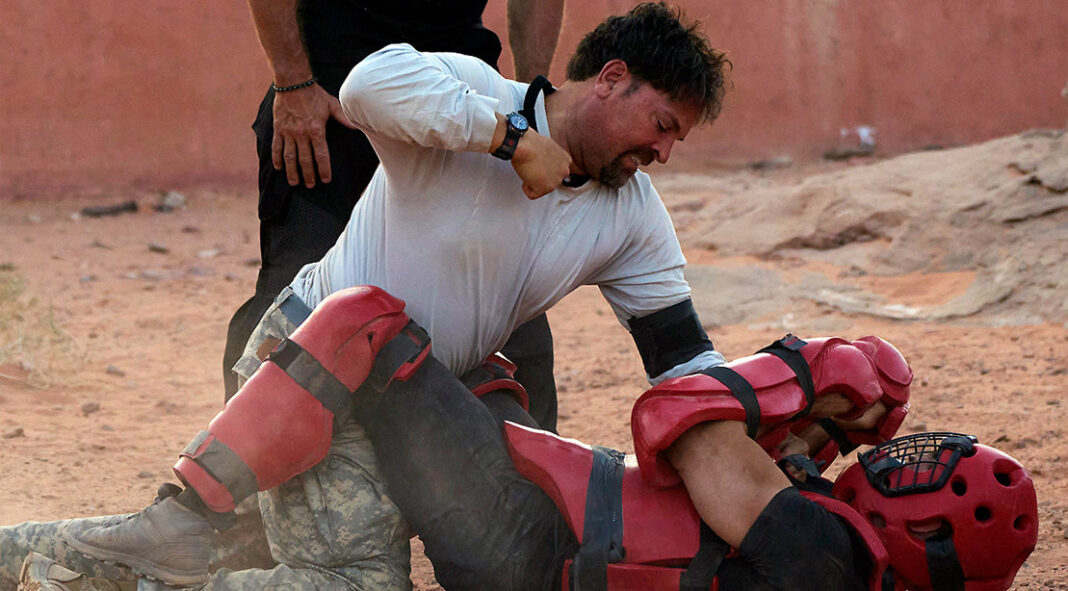 On Jan. 4, more than a dozen celebrities will be seen arriving in the desert to endure some of the harshest and most grueling challenges from the playbook of the actual Special Forces selection process in the show “Special Forces: World’s Toughest Test.” One such household name will be Mike Piazza.

M&F sat down with Mike Piazza to learn more about the baseball icon’s family ties to the military, and how a career in a team sport may have worked in his favor.

Mike Piazza’s father, Vince, was a military veteran who was drafted for the Korean war but suffered an ankle injury before he was due to ship out. Had that not happened, the baseball Hall of Famer may never have been born, because the vast majority of his father’s crew were hit hard in the battle of the Chosin Reservoir. When Vince’s infected ankle recovered, he was reassigned to border patrol in West Germany. Fortunately, he made it home and while he was devastated that many of his friends were lost to war, he was blessedly able to go on and raise five sons. “He talks a lot about the guys he knew, that didn’t come back,” says Mike Piazza, who spent 16 seasons in the majors, most notably with the Los Angeles Dodgers and New York Mets. “So, that kind of inspired me a little bit. And, consequently, in my own personal life, I just feel like there’s so many military people who really sacrificed for the freedom, and the opportunity for us to have a good life that I kind of feel a little guilty, you know? And, hopefully, this is my own little way of paying tribute to them.”

While Mike Piazza is taking part in a television show, rather than actually joining the military, describing his tribute as “little” still may be considered  somewhat of an understatement. The only way for Piazza to leave the show is to own the embarrassment of quitting, by failing himself or his team, by injury, or by force from the DS. Special Forces. “World’s Toughest Test” is the ultimate evaluation of the cast’s physical, mental, and emotional resilience, and the action begins before they even arrive at base. So how soon into this ordeal did Piazza begin to question his judgment for signing up to such a brutal show? “Ha, I think the first day,” he laughs. “Don’t get me wrong, I did some research on the show and I knew it wasn’t going to be a picnic, I knew it wasn’t going to be all craft services and smoothies, but you don’t really understand until you go through it. I was a professional athlete, I trained hard at my craft and I consider myself somewhat physically fit. Even later in my life, I still like to work out, but nothing can prepare you for this.”

At age 53, Piazza proved that he still has plenty of fight left in the game. But of course, making a home run is a totally different experience to running on the uneven surface of a sandy desert. “After the first few days, I was banged up pretty good,” he shares. “Just from playing baseball, my joints were [already] a little sore. It’s the intensity. That, for me, was the biggest eye-opener. Just general things like athletes’ foot. Wearing the boots and not being able to shower. The living conditions were so brutal. By the second day, I was peeling skin of my feet. Man, I thought I left this behind 10 years ago!”

Fortunately, it wasn’t just Piazza’s background with being physical that helped him on the show, as his experiences in a team environment also proved to assist him mentally as well. “The interesting dichotomy was; the athletes on the show, the ones who were individual athletes and the ones who were team athletes,” says Piazza. “We saw right away, like with Gus Kenworthy, who as a skier, he’s an individual athlete, or Nastia Liukin, who was a gymnast, and you could tell that individual athletes are different from people who are on a team because when you are on a team, you have to depend on each other, you have to lean on each other, you have to embrace each other’s strengths and weaknesses and so I obviously gelled with Dwight Howard and Danny Amendola, guys that were team athletes. We hit it off right away, whereas on the show with me and Gus, there was a little conflict there. I think he didn’t quite get me, and I didn’t get him, and so that’s the interesting part. And then, to see the evolution of everyone coming together as a team, was really compelling. We really became close. We all text now and we have a group chat. Once you go through some kind of traumatic experience like this, and you help each other, and depend on each other, our pride level and our egos were completely destroyed. It was really interesting to see all those walls come down.”

Piazza was also able, thanks to both his upbringing and his participation in baseball, to take instructions from leaders. “I had this respect for authority, right away, but some people didn’t,” he laughs. While Piazza’s sporting experience was certainly an advantage, the hitting catcher frequently found himself out of his comfort zone on Special Forces: World’s Toughest Test. “A lot of the tasks were terrifying,” says Piazza. “When we were traversing across the cables, over the crevasse, like 300-feet-down, of course we had safety gear on that exercise, but then just hiking up there, and realizing that if you fall, you’re dead. It’s called the weasel walk, where we are walking and the rock is right in front of you, so we were walking more at kind of a 45-degree angle, with no safety gear. That was terrifying for me.”

So, how did Piazza right himself whenever he started to feel like he was losing his grip, mentally speaking? “I went back to that inner peace, and praying, and meditating,” says Piazza. “I don’t see how you can get through something like this without internalizing and calming yourself down, and putting it into perspective, and trying to re-focus.” While some people are fearful of heights, or being submerged in water, Piazza’s biggest fear was the idea of failing for himself, and for his team. Without giving out any spoilers, it’s fair to say that there were times when the Dodgers and Mets legend would come to rely on this new team to help him dig deep. “Firstly, this has made me appreciate life,” reflects Piazza. “Secondly, it’s given me more patience. I think, as an athlete that has achieved a high level, it’s easy for us to be critical of people and expect them to do what you were able to do and as a player who achieved some things. I look at other players now or the kids that I coach and I’m more patient. I’m more understanding, that everyone has their limitations. Try to put people in a position to succeed, not a position to fail.”