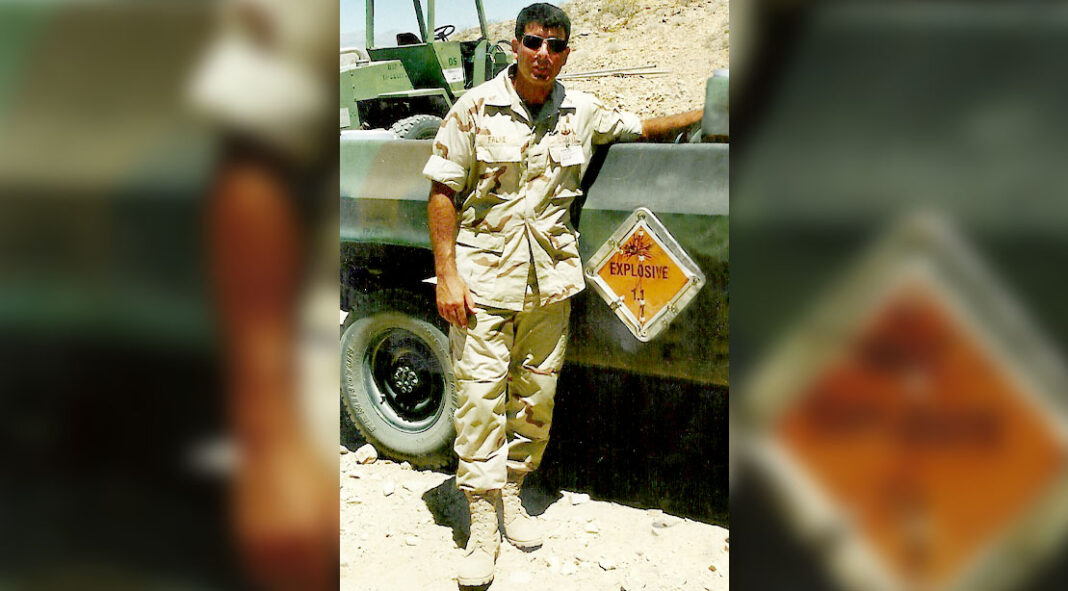 Post-Traumatic Stress Disorder (PTSD) has become a common phrase, and many people have a direct or indirect connection to it. Whether it’s a veteran or abuse victim that suffers from directly, or it’s a family member that you know, the effects can be life altering. While the initials and symptoms that are associated with PTSD are well-known, the other side of that coin should be discussed more because that conversation can change lives for the better.

The letters on the other side of that coin are “PTG,” which stand for Posttraumatic Growth. The principle behind PTG is that the person that is struggling with the trauma can work through that struggle and find ways to thrive or grow – either physically or mentally. In short, a serious negative can be turned into one or more promising positives.

Ken Falke is someone who has been a leader in helping many people achieve PTG. The 21-year Navy veteran became committed to this cause because he heard a lot of conversations about PTSD, but he didn’t hear too many solutions that could make a long-lasting difference.

“We don’t believe traditional mental health care is working for the population we serve,” Falke said. “The system is just broken.”

Ken Falke is the founder and chairman of the Boulder Crest Foundation, a nonprofit organization that Falke started with the mission of helping veterans, first responders, and their families “rediscover hope, purpose, and a belief in the future.” There are three facilities that are under this organization – one retreat site in Arizona and another as well as an Institute for research in Bluemont, Virginia. Falke and his wife actually donated 37 acres of their own land to create the Virginia location. Falke’s dedication to helping people achieve PTG goes far beyond donating land to start this endeavor. He, along with Josh Goldberg, have written a book, called “Struggle Well,” and he also remains dedicated to the study of PTSD and PTG today.

“That’s really what we focus on and explain to people. Although trauma can initially be debilitating, it shouldn’t be in the long term. You should learn from it and become better versions of ourselves,” explained Ken Falke. “We’re committed to changing the way that mental health care is provided,” said Falke. One way that his team fulfill that commitment is having veterans and first responders, along with their immediate families, stay at one of their retreats for a week. Boulder Crest, which is the nation’s first private funded wellness center for combat veterans, provides a cabin, food, and services at their locations for free to those that they serve. The goal: help those that enter Boulder Crest learn and achieve levels of PTG so that they can overcome PTSD in both the short and long term future.

“The science of Posttraumatic Growth suggests that what doesn’t kill us makes us stronger,” Falke shared. The originators of the term are Richard Tedeschi and Laurence Calhoun out of the University of North Carolina –Charlotte, and their research was originally focused on families that lost children to cancer. Falke’s efforts at Boulder Crest has been proven to help those that have worked in the Armed Forces and first responders.

“We focus on four areas – mind, body, spirituality, and financial wellness,” he said. The visual graphic they use to help explain this is a triangle with a sphere in the middle of it. The three corners are the mind, body, and financial wellness. The sphere in the middle is the spirituality. The team at Boulder Crest do this through a variety of programs that they offer, which are free as well.

All four are equally important, but a lot of the success that many of Falke’s guests have seen first came from focusing on the body through exercise and fitness. Many of the veterans with PTSD end their active careers don’t pay as much attention to this component.

“These are men and women that before they took off the uniform, at least the majority of them, were very fit,” he shared. Because of that, numerous other issues can affect them such as weight gain and other health issues that can go on to cause even more problems later in life. That’s why there are numerous activities at Boulder Crest that focus on movement such as gardening, archery, hiking, and fitness classes such as TRX, who they partner with, band workouts, and yoga sessions. Why TRX, bands, and yoga? These methods are challenging, but those forms of exercise are easier to set up and perform anywhere and anytime. That will both eliminate an excuse and empower the people that Falke serves because they can fulfill the commitment without having to go to a gym.

“Things like TRX and bands, those are both easy and vertical. Then with yoga, especially with aging vets, the goal isn’t how much you can curl or bench press. It’s about being able to bend down and tie your shoes.”

The focus on physical improvement in their PTSD can transfer to improvement in self-confidence, which can then go on to enhance spirituality and perhaps even financial wellness by being able to improve career opportunities.

“Our bodies are designed to heal themselves. If you work out, there are great chemicals that can be released by the brain, and all of those things help with depression and anxiety.”

Boulder Crest even has a full kitchen that is staffed as well. Preparing healthy meals while the guests are staying can be a key step in helping people develop their own nutrition strategies that they can implement after they go back home.

“Our chefs go to a course here called ‘Food is Medicine.’ We believe that if you put the right food in your body, that it will be worth it,” said Falke. “If the food you eat is junk, then it won’t work.”

At the entrance of Boulder Crest, there is an arch that says “thank you heroes.” As a veteran himself, he wants every person that enters to know that he, his board, and the staff that work there all appreciate the service that they gave to our country. Another homage that can be seen throughout the property is a famous quote that is associated with warriors.

“We must remember that one man is much the same as another and that he is best who is trained in the severest school.” – Thucydides

Falke’s efforts have already made a positive impact on thousands of people that they have served, and they were preparing for more to arrive in the coming weeks.

“We’ve had a great track record. We scientifically measure, and we try to compare that against traditional methods. We believe this is three to five times more effective than traditional mental health care.”

If you or someone you know is a veteran or first responder that can benefit from the services that Boulder Crest offers, or for more information about the Boulder Crest Foundation, go to www.bouldercrest.org.

Are You Seed Cycling? These Two Women Just Made The Protocol Effortless For Us