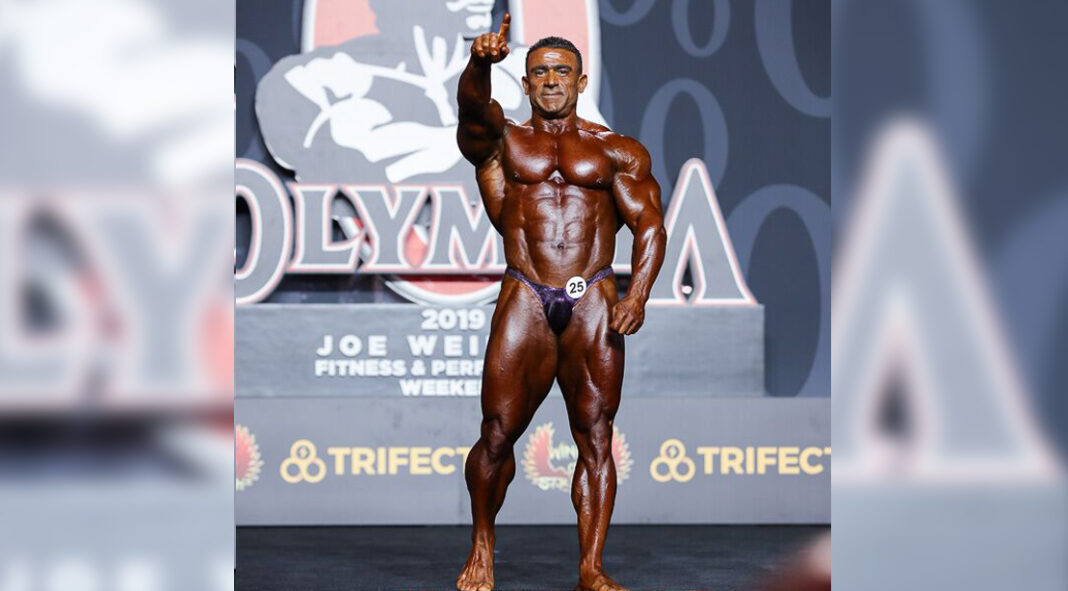 The 2022 Tampa Pro is set to take place on Aug. 6 in Tampa. The contest was already highly anticipated because it’s a highlight in the IFBB Pro League schedule. That anticipation became full blown excitement after 2019 Olympia 212 champion Kamal Elgargni announced that he would be making his debut in the men’s open by competing in Tampa. Even at the age of 51, Elgargni says that he sees progress in the development of his physique. So, now is the time to test the waters of the open.

“I feel great, and I see my body has been improving. So, I see this as a way to show the world of bodybuilding that age is just a number if you play smart,” said Elgargni. “If you go crazy at anything, you’re going to finish early. If you’re smart, then you can go on forever.”

Part of playing it smart for Elgargni is not doing anything crazy just because it’s an open show. While he doesn’t have to meet a weight limit for this contest, the scale isn’t very important for him at this point.

“I’m not trying to play the size game. I’m only going to care about the way I look on the day of the show,” he stated. “I’m just looking to bring the best package I could possibly bring.” As for the location of the contest to make this debut, the reasoning was pretty simple for the man from Libya.

“I moved to Tampa. I consider myself a Tampa boy. Why not?

Kamal Elgargni is also going to enter the 2022 Texas Pro, which will take place one week after Tamps. Should he win one or both of those contests, he will be qualified for the 2022 Mr. Olympia contest as an open competitor. Thanks to his Olympia 212 victory three years ago, he is already Olympia qualified for life in that division. His potential victory could add his name to a list of athletes that are qualified for both the 212 and open. The other two are Shaun Clarida and Angel Calderon. While the qualification for the open would be nice, Elgargni has one mission on his mind when he travels to Nevada this December.

“When I won the Olympia 212, it was in Vegas. Then, it moved to Orlando for two years. Now it’s going back to Vegas. I’m going back to Vegas, and I want to get my title back,” he shared emphatically. He would be the first man in Olympia 212 history to regain the title after losing it onstage. If he were to win in Tampa, he would join Dexter Jackson as the second Olympia champion to win the Tampa Pro open contest. His legacy in the sport is already in place, but his old-school mentality keeps him driven to achieve even more.

“I know exactly what I’m looking for in the sport, in business. I know exactly what I have to do and how I have to do it to get the results I want,” he explained. Part of knowing what he has to do includes consulting with his coach, Chris Aceto, who also has an old-school mentality as well as a wealth of experience helping bodybuilding legends prepare for big contests.

“He’s a lot more experienced than me, having been in the field a lot longer than me.”

The BPI athlete is grateful for all the blessings in his life, and that’s because he understands the prestige that comes with competing in the IFBB Pro League at all. Under a previous administration, he was not allowed to enter competitions at all. Once the split of organizations took place in 2017, Jim Manion immediately offered Elgargni the opportunity he wanted and deserved.

“The other people wouldn’t give me a pro card for almost four years, even though I won it,” he explained. “Mr. Manion had always been there to support me, he always believed in me, and after the split, he said ‘Kamal, you’re now an IFBB Pro athlete.”

Even with his tremendous success in bodybuilding internationally and his success as a past Olympia champion, his popularity may have never been as high as it is now. Part of that can be attributed to his recent training collaboration with 2021 Arnold Classic Champion Nick Walker. Some of their workouts have been filmed and published on YouTube, and they have been met with great reviews. Kamal Elgargni expressed that he and Walker trained differently before they joined forces, but the young New Jersey prodigy is following in the legend’s footsteps.

“I had him train in one of my sessions, an old-school, high-volume style of workout, and he loved it,” he recalled. “Some people I’ve trained with have said no and they quit. He didn’t quit, he takes the training, and he’s smart.”

Both men see themselves standing victorious at the Olympia in Las Vegas. Kamal Elgargni expressed that Walker has all the tools to potentially become an all-time great.

“I’ve seen his personality and we’ve trained together since he moved to Tampa. I love that kid,” he said proudly. “He’s humble, he has a fire in him, and he knows exactly what he wants to do. He reminds me a lot of myself when I started bodybuilding. He wants to win five Mr. Olympia’s and five Arnold Classics. He has already set up his goals.”

Elgargni’s career has been one that many fans have admired over the years, and it’s also one that they try to emulate for themselves. He advised that being surrounded by the right people is a very important factor. That’s why he surrounds himself with his family, people like Walker, Aceto, the folks at BPI, and others within his inner circle.

“People that are positive are crucial. Our sport isn’t like other sports. It requires a lot and we have to give a lot,” he suggested. “If you believe in yourself, have the tools, and the commitment to be a world champion, don’t pay attention to others that doubt you. Surround yourself with the right coach, the right training partners, and don’t rush things. If you have all of the things I said, you’ll reach your goals.”