Johnnie Jackson Has Been Committed to Military Before Muscle 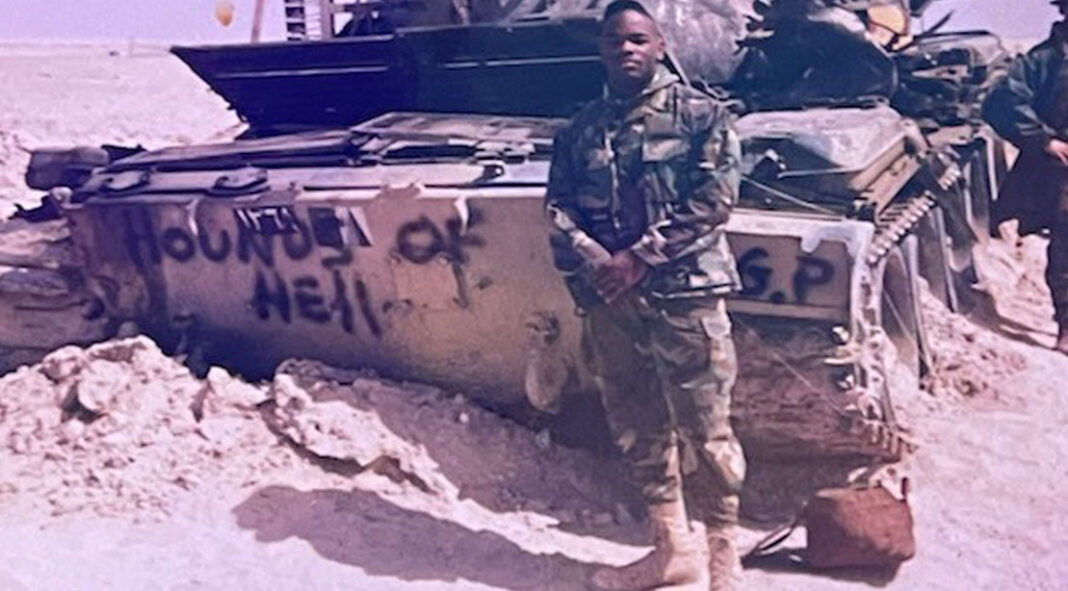 You probably know the name Johnnie Jackson because of his incredible bodybuilding career that spanned two decades. The 2001 NPC Nationals Champion went on to win several titles including the Arnold South Africa in 2017, and he graced the Olympia stage 13 times. His training videos with fellow bodybuilding legend Branch Warren have become iconic. Many of his fans also know he has had competed in the world of powerlifting as well. What you may not know is before all of that, he served in the United States National Guard and the US Army, having been involved in Operation Desert Storm in the early 1990s. Jackson’s decision to join the service was made after his first dream of playing college football for Penn State didn’t work out the way he hoped.

“I was going to have to pay for college, and my dad said that going into the military would be a better choice. Then, if I still wanted to go to school, they’ll help pay for it,” said Jackson. “For both of us, we thought it was a good idea.”

Johnnie Jackson enlisted into the National Guard, and went on to basic training. However, it wouldn’t be long until the reality of that life decision hit him. Within weeks of going to basic training, his unit was activated to go to Panama to get involved in a struggle in that part of the world.

“We hadn’t even finished basic training, and they were talking about sending us off,” he recalled. They would actually be called off, and didn’t travel to Panama. He would finish basic training and would work as a welder afterwards. After he returned home, he worked as part of the 144th Supply Company in New Jersey. Less than one month later, that company was called to travel to Saudi Arabia as a part of Operation Desert Storm.

“I remember being at work and getting the call from the unit,” he said. He along with his cousin, Dave, who was also in the unit had to prepare to leave. Jackson thought he wouldn’t get a chance to even say goodbye to his parents, who were both away from home. Thanks to the unit taking extra time for processing, they didn’t leave immediately. Jackson and his unit would fly out on January 7, 1991. He would actually spend his 21st birthday in Saudi Arabia, which was not the way he thought he would be celebrating such a monumental day.

“Sitting on a cot in 120-degree weather in Saudi Arabia, I was like, ‘Lucky me, it’s my birthday,’” he joked. The 144th Supply Company was originally ordered to spend six months overseas. They had to maintain a yard of equipment that included an M88 Recovery vehicle. They were responsible for towing damaged vehicles that were impacted by combat.

“Those tracks or tanks had been hit with radiated rounds,” he explained, which signified the danger he faced while he was working with that equipment.

“That stuff was in our backyard, and we were living around it. You don’t have to be a scientist to figure out that wasn’t healthy.”

After a three-month extension, Jackson’s company returned to American soil. He would join the Army and be transferred to Texas. He would also become an engineer. But to his surprise, he would actually receive orders to make a second trip to Saudi Arabia after the Persian Gulf war had reached its conclusion.

“We went back for another six months for a show of force as well as to clean up, Jackson explained. Once he returned home from that mission, he would spend the rest of his military career as a specialist. After his military career wrapped up, Jackson pursued the next dream – bodybuilding. While it was a dream, it wasn’t necessarily his dream. Jackson was naturally strong, but his half-brother, Willie Parker, was the one who wanted to turn pro and grace the stage with the stars of the era. Parker passed away and was unable to pursue that goal, so Jackson embraced it as his own.

“I had always trained, and I trained with him. So, it was something for me that we were doing together.”

With Parker’s memory and dream as fuel, Jackson would go on to win six pro shows. His experience in powerlifting served him well too because Jackson also won the 2009 World’s Strongest Bodybuilder contest. He saw first-hand the transition between the 90’s superstars who were known for their conditioning, and the onset of the mass monsters. Yet he held his own every year he competed. Out of all the moments he enjoyed in his career, the Atlantic City Pro win in 2007 was the one he considered his favorite.

“It was in my home state, and I had about 30 family members there going crazy,” he said. “People from high school, from Oceanside Gym where I trained were there too.”

Johnnie Jackson may no longer be competing, but he is still involved in both bodybuilding and powerlifting through his new role as a promoter. The NPC JOJ Classic will take place on August 27th in Fort Worth, Texas, and he will have both bodybuilding and raw powerlifting competitions at his show. Jackson expressed that working as a promoter helps him stay connected to both sports.

“This is my seventh year having it, and we hope this will be the most successful one so far.”

Jackson’s success has been inspirational for many strength sports and fitness fans, but he can trace all the success he has now to the discipline and commitment he developed during his time in service. He feels that all young people who need some guidance for the future can find it by joining the Armed Forces as well.

“If an individual can stop and look around them, they’re faced with negativity, rejection, and mental health issues at almost every turn. The military can give you a place of solace, and they can give you the tools you need to be able to protect yourself,” he shared. “You’ll also get the support you need so that you can become successful in everything you do. Joining the military can help you stop going in circles and figure out a career for yourself.”

Google — A Dictator Unlike Anything the World Has Ever Known