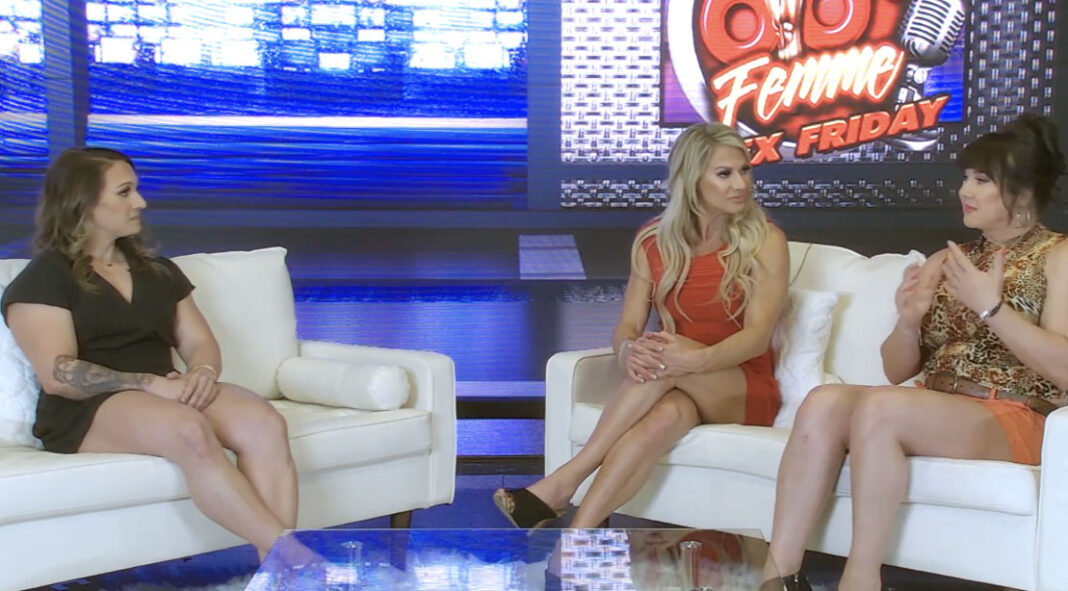 Lacey Pruitt earned her IFBB Pro card in 2018 by winning the women’s bodybuilding light-heavyweight title at that year’s NPC Nationals. While the title of NPC National champion is one that many hope to achieve, she has another that is more meaningful – cancer survivor. Pruitt told Alina Popa and Whitney Jones on a recent episode of Femme Flex Friday that she has beaten colon cancer not once, not twice, but three times. Her first diagnosis came in 2016 after a contest. She explained how she was able to overcome that adversity.

“So, what we did was I had to do an oral chemo called Xeloda, and I also had a resection surgery done,” Pruitt revealed. “That first time, I was cancer free in December of 2016.”

Pruitt faced what was called a recurrence less than one year later, but this time it was stage 3b, which made it an even more serious situation.

“It spread to my abdominal cavity and to lymph nodes around the area,” she recalled. “That time was extremely hard, and I had to do eight rounds of chemo. I had a total of three surgeries so far.”

With each of those rounds taking up to 20 hours, Lacey Pruitt was victorious against cancer a second time. Less than one year later, she won a contest and went on to earn her pro card at Nationals. However, she would face another battle because a 2020 trip to the doctor revealed more cancer cells. While it’s never easy to hear a diagnosis like this, Pruitt was confident that because she beat it twice, she could do it a third time, and she did. While the road she faced was tough, she was tougher, and she hopes to show others through her example that they can overcome anything with the right mindset.

“That’s what I try to instill in others to this day is that no matter what you’re going through in life, you need to smile through it and know that everything’s going to be okay.”

Pruitt’s story is sure to inspire many people, and this is one episode of FFF you don’t want to miss. You can see this one and every episode over at www.wingsofstrength.net . New episodes drop every Friday at 6:00 PM Eastern time