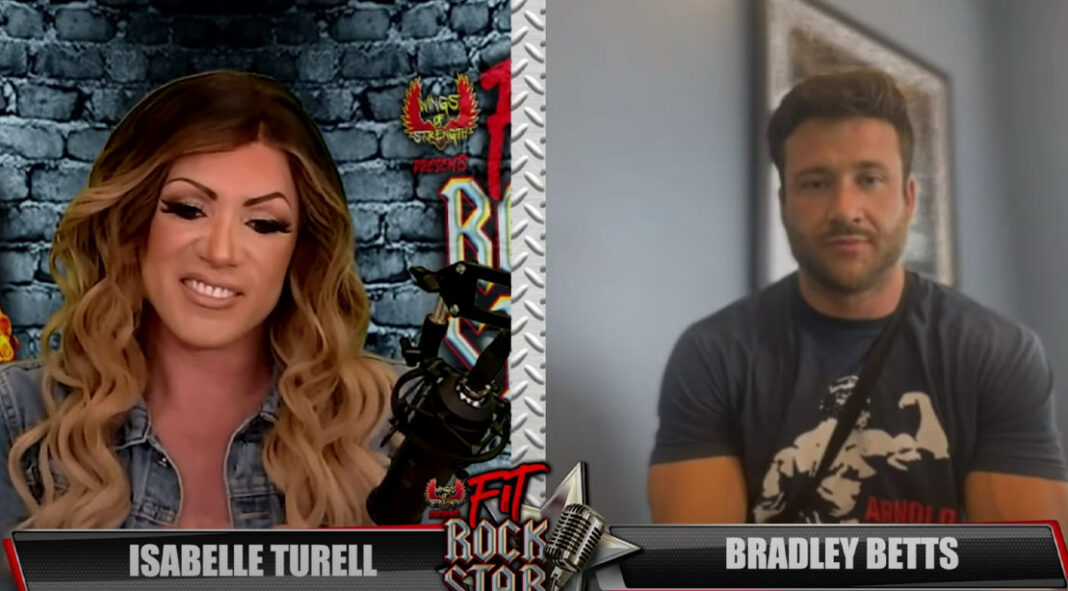 Out of the 11 IFBB Pro League divisions, the men’s wheelchair division may be the most inspirational of them all. These competitors are able to train hard and prepare for competitions in spite of physical setbacks that would stop many others from even trying. Bradley Betts is one of those competitors, and he was a recent guest on The Fit Rockstar Show. The 31-year-old told host Isabelle Turell about the moment his life changed and he would have to adjust to being in a wheelchair.

“I was putting some things away in a shed, and a tree that was along a fault line outside my yard fell through the shed, hit me, and a red Craftsman toolbox,” he recalled. “That kept the tree from completely crushing me.”

That toolbox saved his life, but it was changed from that moment on.

“It paralyzed me instantly.”

Betts was into athletics, and he still found ways to stay active after his accident. It wouldn’t be until much later that he found bodybuilding through a friend that he knew from the gym.

“There was a guy named Jeff Snell who did Ball State competitions, and his roommate asked me if I wanted to do a bodybuilding competition, and I said ‘yeah,’” said Betts. He had to learn more about

nutrition and dieting because of his digestive process being affected due to his paralysis, but he found that bodybuilding served him very well.

Betts would turn pro in 2019, and he’s won the 2021 Europa Dallas contest. He’s also competed in the Wheelchair Olympia three times, with his highest placing being fifth in 2019. Beyond that, his story and experience has inspired many people who have followed along his journey.

To see Betts’ full interview as well as more shows featuring guests such as Lenda Murray, Nick Walker, and others, go to www.wingsofstrength.com. New shows drop every Saturday at 12 noon Eastern time. You can also follow @fitrockstarshow on Instagram.

Black History Month Poems for Kids of All Ages