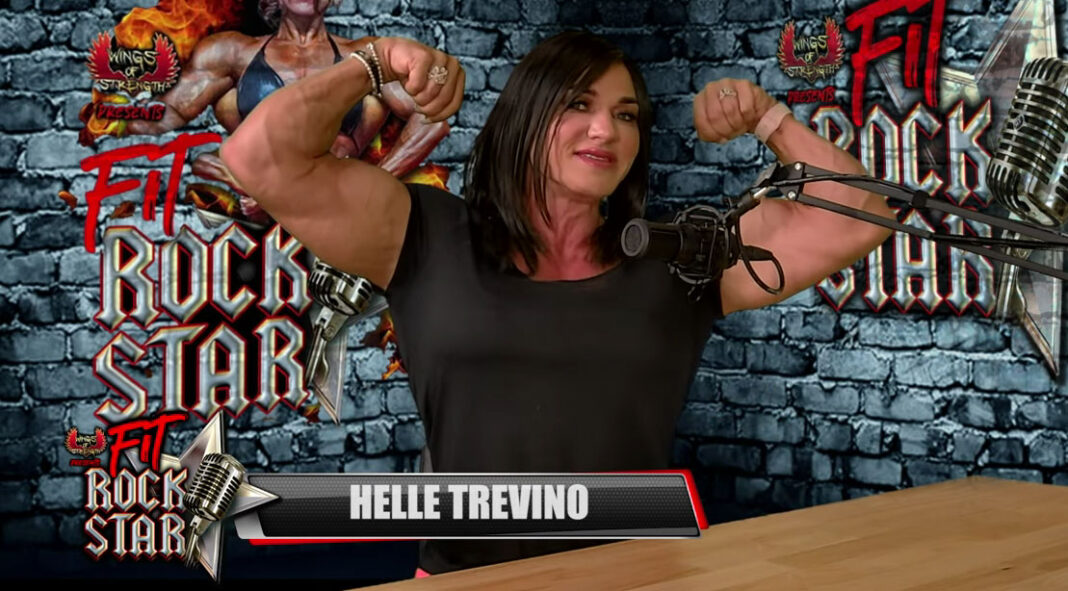 At one time in her career, Helle Trevino was the best women’s bodybuilder on the planet. She won the Rising Phoenix World Championship in 2017 and 2019, which at the time made her the standard-bearer in her division. That position is currently occupied by Andrea Shaw, who is the two-time reigning Ms. Olympia, having won both contests since its return in 2020.

Helle Trevino wants to add that title to her list of accomplishments as well. She placed second to Shaw last year, and has her eyes on the top spot in 2022. She told Fit Rockstar Show host Isabelle Turell that she even made a drastic decision to move to Dubai in order to achieve that goal.

“I’ve lived in Venice for 10 years, and I feel like this is a new chapter in my life,” Trevino told Turell. “I have some new opportunities, and I feel, you know, my time is ready.”

Trevino has been recovering from two torn tendons in her shoulder. She had surgery in January to repair those tears, but that meant she hasn’t been able to compete this season. That is why she already has her sights set on the 2023 season. Aside from the culture that Dubai offers, she will be able to focus on other ventures in the meantime.

“We can prep for 2023, and at the same time, I can make some money for this year. So, I was like, ‘you know what? That sounds like a great opportunity.’”

Even though Helle Trevino will be watching this year’s Ms. Olympia from the sidelines, she is proud of her involvement, as well as other veterans of the stage, in the resurgence of the women’s bodybuilding division, which is as big now as it may have ever been.

“We helped together with Jake (Wood) and Wings of Strength to form the new sport, to form how it is today, we laid the foundation for how we want it going forward,” she said. Go to www.wingsofstrength.net to watch the full episode and tune in for new episodes every Saturday at 12 noon Eastern time. You can also follow @fitrockstarshow on Instagram

3 Great Books for the 100th Day of School