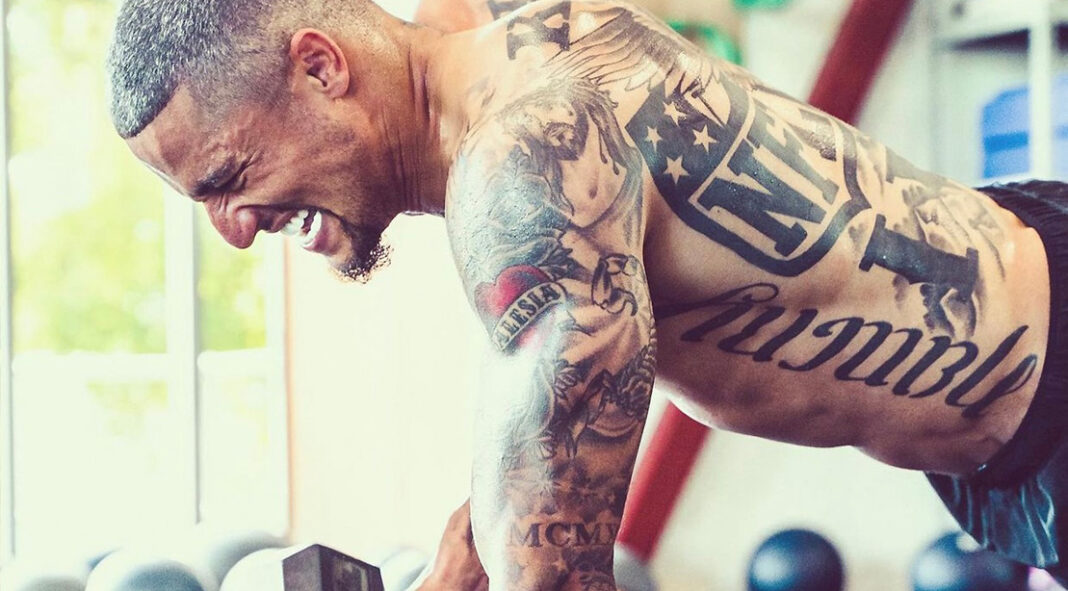 Kenny Vaccaro is best known to football fans as the former safety with the Texas Longhorns, New Orleans Saints, and Tennessee Titans. And while he’s still as competitive as ever, the 31-year-old is now part of a very different team. As the co-founder of a professional esports organization known as “Gamers First” (or “G1”), run from his headquarters and gym in Austin, TX, the athlete turned pro-gamer is taking the lessons he learned on the football field and applying them to the virtual arena.

M&F sat down with Kenny Vaccaro to find out how his background as an elite athlete gives G1 the edge over rival teams and soon found out that physical training is essential for building mental discipline for elite gamers, especially when the pressure is on.

Why do you think so many athletes enjoy playing games and esports?

I believe that athletes love gaming because it has become just as competitive as traditional sports. For many athletes it’s also a natural escape where you can focus on the task at hand and simply compete much like with football or basketball.

What were your first consoles and games?

I’ve been a gamer for even longer than I’ve played football, and I’ve always thought of myself as a gamer first, which is what inspired the name of our organization. When I was a kid, we didn’t have much while growing up, so gaming became my therapy. I vividly remember getting my first black and white Nintendo Game Boy! I played “Donkey Kong” and “Super Mario Bros” and “RuneScape” with my brother. “Snake” and “Brick Breaker” were the two games that I had on my very first cell phone. I started to get more competitive with gaming once split-screen shooting games became popular, and then my friends would get together and play “Halo,” “Call of Duty,” and “Grand Theft Auto.” Halo is still my favorite to this day!

Do you think that your athletic background makes you wired for gaming because you have practical experience with thinking up a strategy under pressure?

Definitely! On the field, there’s an indescribable bond that athletes form with teammates. I want G1 to have the same sense of community that I did, where they are able to know what their teammate is thinking and anticipate what their next move will be. And, because I played defense in football, I was really aggressive. That competitive mentality from football is something I’ve brought to esports. High performance training is a huge part of our mission, and this is why we’re headquartered at The Kollective; our fitness club in Austin, TX.  We have created an environment that fosters positive mental and physical health. What sets G1 apart from other esports organizations is that we have a physical therapist for the team, providing a gaming-specific protocol for players.

You retired from professional football last year, and immediately launched G1. Are you proud of what you have accomplished in the gaming world, in such a short space of time?

One of my best friends, Jeremy Hills, and I had always wanted to open up our own gym. He trained me throughout my time in the NFL and then the opportunity finally came, about a year ago, with us finding a location on South Congress. Our “Halo” and new “Rocket League” team is made up of eight members in total, including two head coaches, with members’ ages ranging from 17-30. I’ve definitely made it a priority for them to stay physically active and I push them to work out with me every morning. They’ve all seen a difference with their own gaming performance since implementing these workouts and through spending time with our physical therapist.

What are some of the gaming successes that you are most proud of, so far?

In May, G1 won the Halo Championship Series, Kansas City, 2022 “Astro Breakout Team Award.” We also participated in the Halo Championship Series Orlando Major, back in September, where we placed 8th among other nationally ranked esports teams. We’ve posted videos to our YouTube channel. We then qualified for the HCS (Halo) World Championship in Seattle, so it’s been a really incredible journey considering that we only officially launched G1 in late 2021. Our team has given their all to advance faster than most. I’m proud of the things I’ve been able to accomplish with my team. We’ve been able to create an extraordinary culture within the company, all in under a year, with lots more to come.

Men don’t often open up and talk about their feelings. Does having a culture like yours, that is essentially a gaming “brotherhood”, help with this?

One hundred percent. A lot of times, the people you game with, you’ll talk to them more than you speak with anyone, really, because you’ll be with them for eight-plus hours at a time. I’ve gotten to know people on a deep level through online gaming before I even met them in person.

Gamers often stay up late playing and the quality of their sleep can suffer from this. This is something that can be bad for our health. How important is it to take yourself away from the screen every once in a while?

With late hours, gaming can make you so physically and mentally exhausted but when I started incorporating physical training, my streaming and gaming capability was dramatically increased. There’s a depiction that gaming is lazy but it’s actually super strenuous and mind taxing, so you need to be able to clear your mind by expending energy elsewhere, and this will help to increase your cognitive performance. Exercise is beneficial for your physical and mental health. The endorphins released during a workout will prime your body for a long gaming session. You can then go back into the game with a clear head after generating those endorphins, and this approach will also help you to get a good night’s sleep.

“My college coach, Duane Akina, taught me to be the best football player that I could possibly be, but more importantly, how to be a better man,” says Vaccaro, who designed the following workout to improve his G1 members’ fitness while also building on their stamina. The combination of a good warmup, followed by functional exercises such as the rowing and ski machines will make sure that his gamers are limber enough to tackle any opponent, while the strength and stamina aspect is covered by free weights including the bench press and dumbbell row. Here, you will set your own benchmarks and compete against your toughest rival: yourself. Ready? Game on!

Warmup and stretch it out for 15 minutes

Will Smith slap shows Hollywood celebrities ‘are hypocrites, not philosophers’