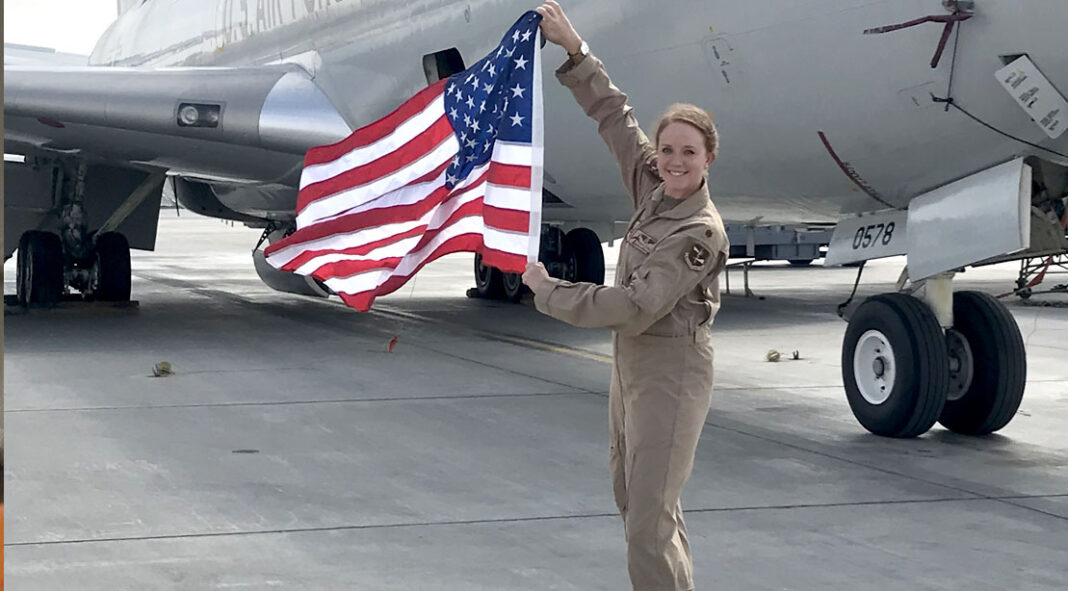 Regan Stiegmann was very active growing up. She called herself an “absolute sports nut.” The Colorado native is a longtime fan of the Denver Broncos, and she was the only female at the 2000 John Mobley Football Camp. Stiegmann played soccer, basketball, and softball as well.

“Sports was my life,” she said fondly. “I still try to make that a reality as well, just now through medicine.”

After she finished high school, Stiegmann went into college and eventually, medical school as well. However, her life would take a shift during those years. Stiegmann joined the military halfway through medical school. Many students had turned to the Health Profession Scholarships Program (HPSP), which was a scholarship program that included working with various branches of the military such as the Army, Navy, and Air Force. Stiegmann found that joining the Air Force could help her both serve her country and complete medical school.

“Here was an opportunity for me to carve my own path and start an adventure,” said Stiegmann. She is actually a first=generation member of the military in her family. Little did she know just how intertwined her military career and her professional career would become. Stiegmann has served in the Air Force for a little over a decade, and she would become a double board certified flight surgeon, with a focus on lifestyle medicine. That focus came to her while she was completing her rotations in medical school.

“I realized that so much of what I was seeing on the wards and in clinics were medical conditions that were completely preventable,” she explained. “I had this epiphany moment where I asked myself ‘how is that with this next generation of medical professionals, and more specifically, military medical professionals, that I am not being taught how to prevent, treat, and reverse these chronic diseases that seem to stack up?’”

Stiegmann would find her way to a residency in preventive medicine, and she would further specialize in lifestyle medicine. For those that are unaware, lifestyle medicine is a specialty that emphasizes lifestyle changes and interventions as the primary modality to prevent, treat, and reverse chronic conditions. There are six pillars to lifestyle medicine: a whole food, plant-predominant diet, physical activity, sleep, stress management, avoidance of substances that would be counterproductive such as drugs and alcohol, and positive social connections. It’s a distinct shift from traditional medicine, which is mostly focused on managing diseases and symptoms rather than finding health solutions. Lifestyle medicine is a practice that some doctors such as Stiegmann have integrated into their practices, but other health care professionals have not  learned how to apply it yet. That innovation may be intimidating to some, but not Stiegmann. As a matter of fact, she embraces being in a role that could be considered cutting edge and making a measurable difference.

“I very much love the innovative side of the house,” she shared. “It can certainly rub some people the wrong way when you innovate really hard and really fast, and that’s what I do – because people’s health is on the line.”

Stiegmann is now in her post-military career, but the work she is doing keeps her closely connected to her brothers and sisters in service. The military uses the phrase “lifestyle and performance medicine,” but the end goal is the same – help people address the root cause of their medical issues so they can be their best for themselves, their families, and even their country. Many people aren’t even aware of the impact these pillars can have because they believe they have to rely on prescriptions. Some may not find themselves worthy of doing so. Stiegmann hopes that they will learn and realize that they not only could, but they should.

“We have to do better at looking at our physical health and fitness. We have to appreciate our sleep, stress management, and our food choices, and mitigate risky substance use such as overindulging caffeine, nicotine or alcohol. We have to start intelligently weaving together the six pillars.”

While some may learn this and feel bad for not applying the pillars sooner, Stiegmann referred to a quote from the late Maya Angelou that is fitting when it comes to educating others on lifestyle medicine.

“Do the best with what you know, but when you know better, do better,” she recited. Ever since she came to her realization, her personal mission is to help others prioritize health maintenance rather than focus on disease management. She isn’t only focused on active members of the military. Many veterans whose days of service are behind them feel it’s too late, and Stiegmann hopes that they will see the potential that is in front of them just by doing something as simple as “using food for medicine.” Issues such as high blood pressure, pre-diabetes, and others are affecting servicemembers throughout the country, can be addressed in simpler ways than pharmaceutical options.

“Until there is a more uniform way of presenting this information to veterans, they can go to the American College of Lifestyle Medicine to find doctors here and abroad that know how to practice this type of medicine, and that can help them get back to health.”

Furthermore, there is a new generation entering adulthood, and many of them will seek to join the service and serve their country. Stiegmann hopes that they will apply those same pillars sooner so they can invest in their health now and appreciate the impact for many years to come, whether it’s during service or after their career is over. They don’t have to take her word for it, because lifestyle medicine has been put to the test by people that are considered among the best in their field, and they got better.

“I’ve spent the last half-decade at the Air Force Academy with special operators, pilots, and world-class athletes who have come through the Lifestyle Medicine Clinic, and all they did was figure out and gauge for themselves what they wanted to tweak about their food choices,” Stiegmann shared. She reflected on one world class sprinter who was excited about the changes he made.

“All he did was eat more fiber, aiming for 30 grams a day, minimized inflammatory foods, drank beet juice before he ran, and tart cherry juice after – basically just priming his cells to fully perform. The anecdotal stuff is just really incredible.”

While performance is important, the prospect of patients putting Diabetes into remission or making high blood pressure a thing of the past excites Stiegmann just as much. She has traveled the country and even visited other nations to educate others about lifestyle medicine, and while there is a lot more work to do, it’s a mission that she accepts and executes on proudly. She even calls back on her love for the Broncos as a way to emphasize what she does and why it can be so important.

“I refer to myself as the quarterback in a medical sense with my patients. If your quarterback isn’t giving you smarter routes to run to get to the endzone of health, there’s no way you’re going to add points to the board. I want to be a stellar quarterback, and I want to help my receivers catch touchdowns.”

When Should My Child Start Pointe?