Does Dwayne Johnson pack a punch as Black Adam? 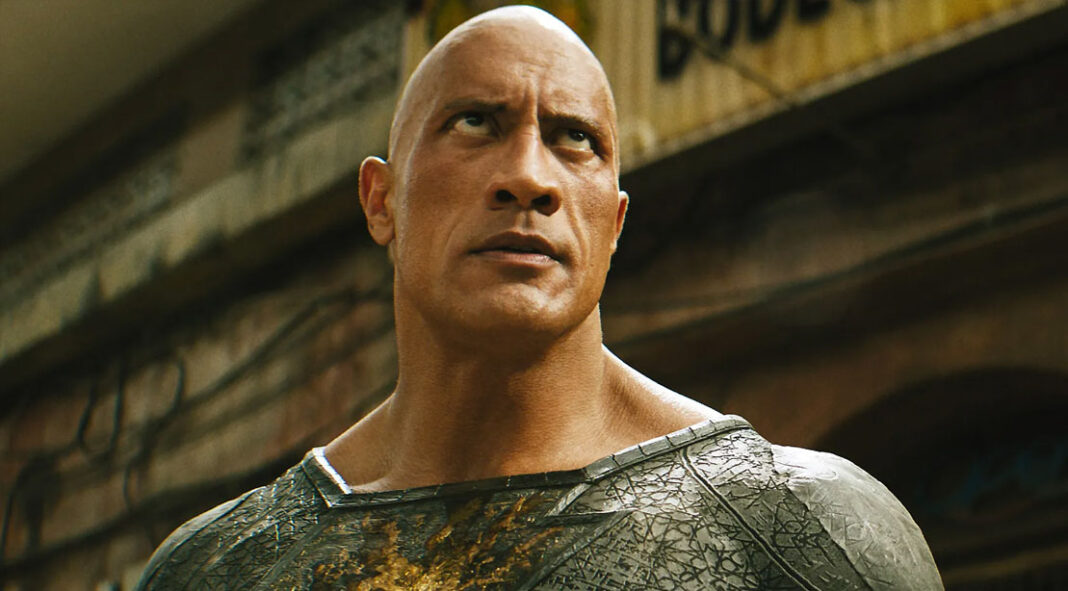 As Dwayne Johnson finally unleashes Back Adam on the movie going public with an official release this coming Friday, M&F was given a sneak-peek screening of the blockbuster, with an estimated $200 million budget, to see if “The People’s Champion” showed up worthy of being “Kahndaq’s Champion.” We soon found out that that DJ can more than hang with the rest of the DC Universe.

Once again, Johnson has shown that success is all in the commitment and preparation. This was never in doubt, as months prior to the movie’s release, the stars’ personal trainer, Dave Rienzi had told us that no stone was left unturned in an effort to make “The Great One” look like a superhuman without the need for a bulked out costume to give the illusion of serious muscle mass. Rienzi noted that as part of their rounded approach to training, work had even been done to correct Johnson’s neuromuscular patterns so that they could get the best technique and form from every workout. It seems that the level of detail that the duo put into getting the former WWE champion into DC shape more than hit the mark, and thanks to routines that included sets of four exercises, executing as many reps as he could with flies, chest presses and bodyweight dips, plus miles and miles of height attained on the stepper, this may be the most ripped incarnation of a comic book character we’ve seen since Dolph Lundgren’s 1987 portrayal of He-Man, or Arnie’s legendary outings as Conan.

Dwayne Johnson was Driven, Disciplined, and Determined to do Justice to Back Adam

“… when you have someone like DJ who is so driven, disciplined, and determined to do the work. There’s a continuously evolving vision that we are always working towards.” Said Rienzi of the grueling but ultimately rewarding process. “We’ve been building up to the Black Adam movie for a while, with this goal of creating a real-life superhero physique… with no padded superhero suit necessary.” Indeed, this would have needed to be a careful process of making sure that Johnson is screen-ready at all times, without over taxing his body to the point that it had a negative impact on his other projects. The results? Move over “Man of Steel” because Black Adam has “Quads of Granite!” The current King of the Box Office does not disappoint, and the movie looks set to fly too, with an estimated take of $75 million in the opening weekend.

As expected, The Rock brings his unique, if somewhat consciously controlled, level charisma to a complex role, playing an anti-hero who is freed from his earthly tomb to unleash the almighty powers of the ancient gods. It may not be high-brow enough for some movie critics, but we’ll take “The People’s Eyebrow” any time, and with out-of-this-world special effects and some thunderous action, Johnson more than packs a punch, finally electrifying his fans with literal bolts of lightning too!

At 69-years-young, the ever-svelte Pierce Brosnan’s portrayal of Doctor Fate also deserves a special nod for setting up some of Black Adam’s most comedic dialogue, as the two alpha’s exhibit great chemistry on screen. Of course, with any movie in this genre, a large part of the enjoyment comes speculating on what the future may hold for this area of the DC Universe, and there is plenty to go at here. With Black Adam having a history of violence in the comic books, a ferocious tone needed to come through with the movie and thankfully, with Johnson’s incredible presentation and innate understanding of physicality, the movie was able to achieve this tone without watering things down too much for those who set the film’s rating. For his part, DJ exudes everything that you would expect from a superhuman: confidence, intensity, and intelligence. Perhaps gracing the screen as his most muscular since appearing in the Fast & Furious Franchise, Johnson is now leaner, and even when you take away the tight-fitting rubber suit or the magic of CGI, there’s no escaping the size of “The Great One’s” shoulders and traps.

Johnson is on record as hinting that he would love for Black Adam to take on Superman, and he seems intent on expanding Black Adam’s DC footprint. Could we see Superman, or Batman receiving a smackdown? With this initial movie proving that Black Adam is a much-needed shot in the arm for DC fans, the mere thought of Dwayne Johnson versus Henry Cavill conjures up mental images of what could be the most anticipated battle in action movie history. Shazam!

Support Your Elderly Loved Ones: 4 Ways To Help Your Parent Stay Independent