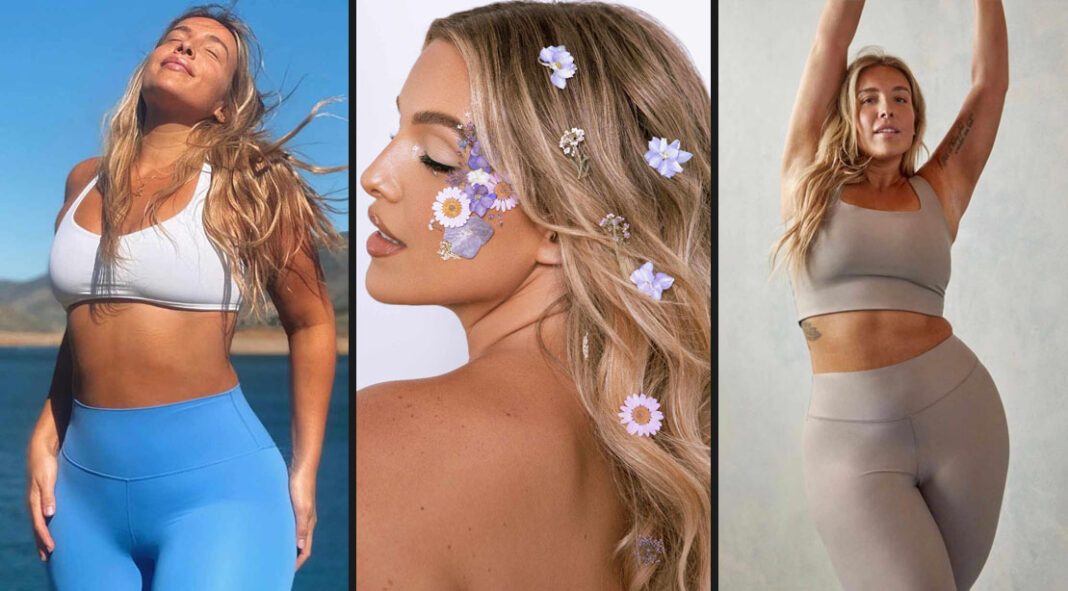 By gracing the cover of Playboy’s international edition, Stephanie Viada not only reached a modeling milestone, she gained the ultimate plus-size revenge on those not quite willing to take a chance on her during the early days of her career.

Far from gloating, instead, the Boston native is quite proud of the cover honor as well as being part of the editorial process, including having some influential input in the cover shot chosen for Finland’s issue of the classic men’s magazine. For Viada, persistence paid off as the 10-page spread that accompanied the cover was worth the 10-plus years of repeated rejection—from being told she was too big, too small, even too blonde, for starters.

“They gave me pretty much full creative control to work this with my publicist on it,” Viada says. “It was really fun to have a strong team of people that I’ve wanted to work with forever as well as some fun sponsors and collaborators on the shoot.”

As a plus-size model, Viada made it to the pinnacle of print her way, sticking to a routine of training and not going all in with diet culture. A feat to be applauded, Viada oftentimes has to face heat from both sides of the body image illuminati. While she gets plenty of adoration and admiration for her achievements, she has to deal with the unfair the social media hate—from influencers attacking her for not representing “model size” and others who may label her as a sell out for allowing her images to be touched up—a standard for most models.

“You can’t win,” she admits. “It’s like you don’t see the straight-size girls getting dragged because they were skin airbrushed. But because I’m plus size, sometimes it feels like they expect you to have this ‘relatability factor’ and becoming the exception by leaving my stretch marks in the images. It’s a double standard.”

Viada, who’s also worked with brands including Lululemon and Abercrombie, knows critique with the territory, but instead of dwelling on the negativity, wants to lead by example for other plus-size models—and models in general—that you can fit and sexy at any size, provided you do keep your health in check.

She attributes her confidence and to that never-relenting fitness dedication, which blew up when she was high school athlete growing up near Boston. “I loved field hockey and lacrosse— those were my favorites,” she says. “Because I felt like my strengths really worked for me when I played those sports.”

These days, Viada has moved away from the team sports and is hooked on boutique fitness, specifically Barre and Pilates. Viada says the transition is what keeps her runway and cover fit, and is a part of a balanced and steady wellness regimen that she hopes stresses the importance of maintaining a healthy lifestyle, no matter your size.

Staying healthy is just one part of Viada’s Winning Strategy. Stephanie Viada explains how she succeeded in modeling by capitalizing on every opportunity, staying true to herself, and not giving in to the skeptics.

Why you still going up…#fitness #bodybuilding #shorts (@_john.noel on IG)