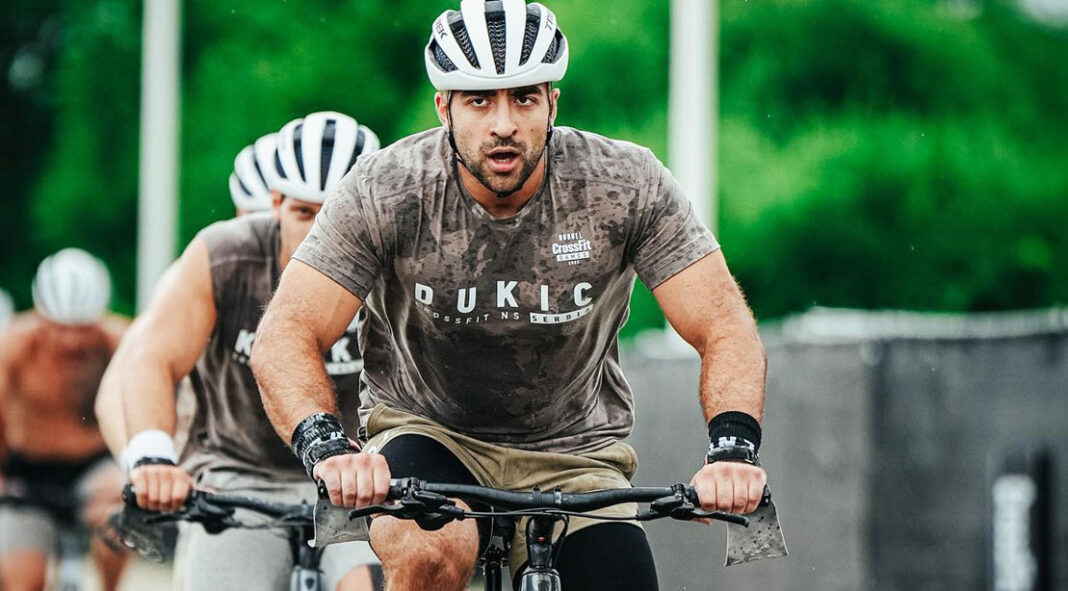 The first event in the CrossFit Games 2022 in Madison, WI, got off to an exciting but shaky start on Wednesday with the opening “Bike to Work” event. This was a time-based challenge with a 50-minute limit involving 75 toes-to-bar, 75 chest-to-bar pullups, and a 5-mile bike ride. But with 40 athletes competing side by side in each division, chaos and judging issues soon ensued.

Because the path to make a start with the cycling portion was a narrow one, all those athletes were strategically vying to get to the first Trek bike in order to avoid the need for overtaking each other, but that would turn out to be the least of their problems as the final results were called into question following a grueling event. Participants were expected to complete five 1-mile laps, but this resulted in judging problems and leaderboard flux.

On the women’s side, Danielle Brandon completed the challenge but was penalised for failing to meet the required laps taking her final position to 27th. This was also the case for Elena Carratala Sanahuja. She took last place as a result. Conversely, CrossFit judges said that Seungyeon Choi had made an extra lap. As of this writing, Haley Adams and Tia-Clair Toomey hold 1st and 2nd place for the event.

Chaos was also seen in the men’s division as judges initially placed Spencer Panchik and Lazar Dukic as 1st and 2nd respectively, despite failing to complete the required number of laps. And confusion reigned supreme once more as Spencer’s twin brother, Saxon appeared to initially take the penalization for his sibling. Spencer eventually ended up as 5th instead of 1st and as of this writing, Ricky Gerard and Jonne Koski are first and second for “Bike to Work.” The CrossFit Games 2022 got off to a heated start, for sure!