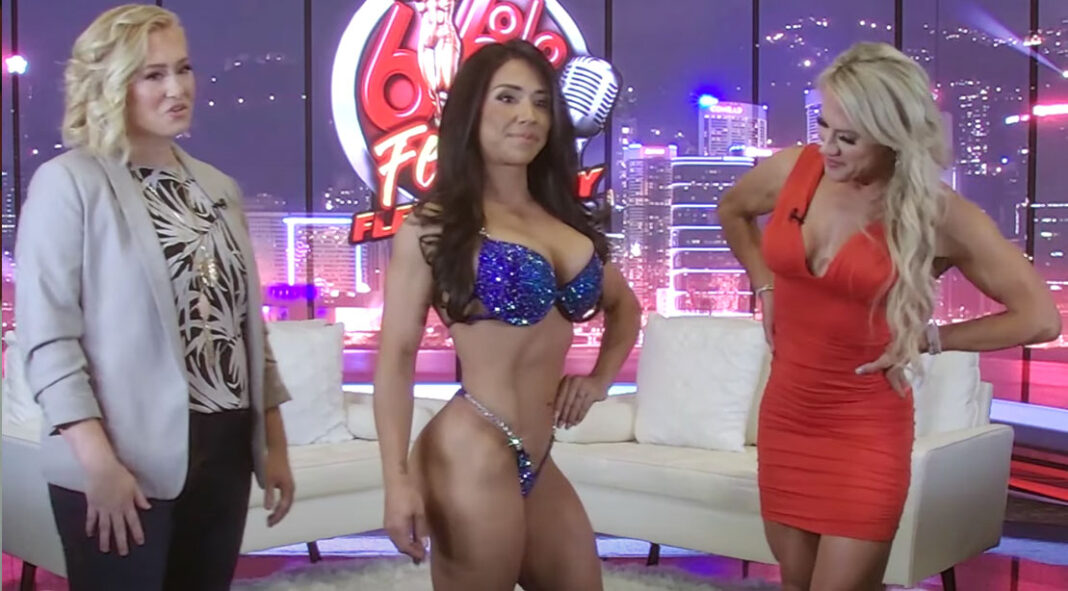 Whether the ladies reading this want a bikini for the beach or the stage, picking the right one matters. “Femme Flex Friday” co-hosts Lenda Murray and Whitney Jones wanted to offer some guidance on how to choose the right bikini. So, they had Bikini Lab Hawaii co-owners Tricia Escucha and Charissa Thornly as guests this week to discuss that very topic.

Escuscha shared that she and Thornly both want to help their customers first and foremost. They are from Hawaii, but they are currently working out of Arizona.

“We want to go where the women are,” she said. “We want to help them feel good in their own skin.”

Escuscha’s first tip is that you should be comfortable with the way you look and feel in the bikini you pick. So, having one made for yourself is better than going for something mass produced on a rack.

“We make them to your measurement, and we let you pick the material and try them on.”

Later on in the show, they are joined by a model who is wearing one of their bikinis, and Thornly shows what factors should go into choosing the right one for you if you’re trying to pick one out for a contest.

“[The cut] is so important,” said Thornly. You worked really, really hard on your physique, and the judges want to see it. They don’t want to wonder what you’re covering.”

The ladies show off more of their popular bikinis for both the stage and swimwear, and they talk more about their ways of helping the community as well as their lives as wives for their husbands who serve in the United States military. You can see this episode as well as all episodes of Femme Flex Friday by going to www.wingsofstrength.net. New episodes drop every Friday at 6 PM Eastern time.

7 Best Dupes for Uggs, But Better for Your Feet