Technology That Helps Us Connect 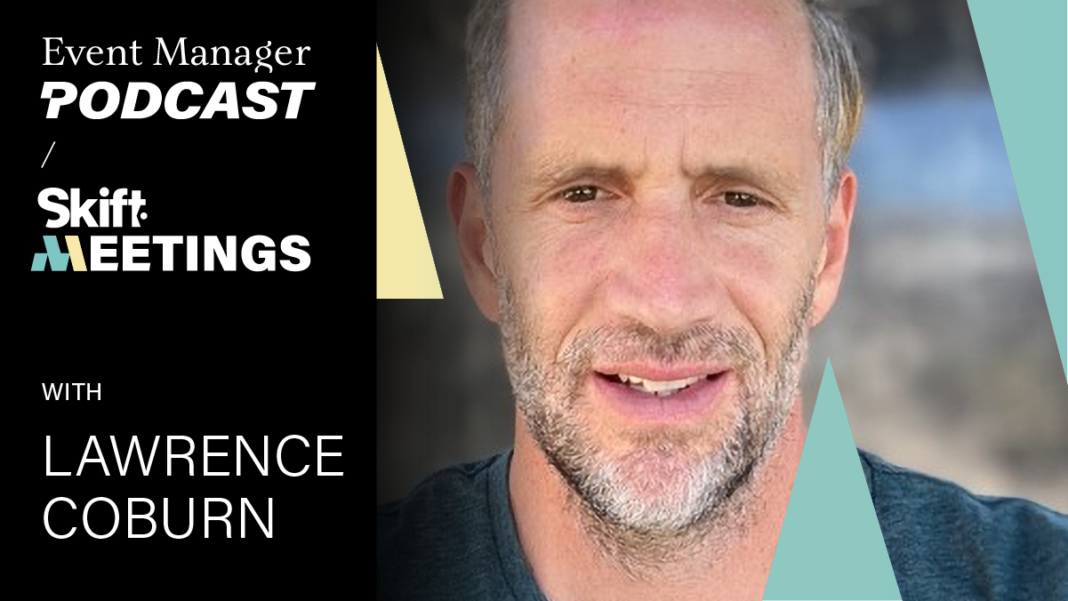 Lawrence Coburn, CEO and co-founder of twine joins the podcast to discuss how technology can help us connect and the next evolution of virtual events.

Lawrence is a serial entrepreneur, starting his first company straight out of grad school in 1999. He moved to San Francisco and launched one of the first consumer rating websites, RateItAll, which was a profitable business for 13 years, however as time went on other sites such as Yelp and Rotten Tomatoes started to take up a larger share of the market. Finally, in 2010, Google updated their search function which resulted in the company loosing up to 60% of its traffic.

During this period in 2010, Coburn had the inkling that the next great business would be one which was built for a mobile device, and this ultimately became his step into the event industry via his next company DoubleDutch, which was sold to Cvent in 2019. Coburn talks through the company’s journey, including the Cvent sale.

After selling DoubleDutch to Cvent, Lawrence took some time before jumping back into his next venture, which is what we now know as twine. Lawrence notes that the SoLoMo (Social, Local, Mobile) movement of 2008-2009 had an influence on DoubleDutch, in particular the ability to help facilitate meeting people at events. However, during its growth, DoubleDutch had exceeded the realms of solely focusing on the social aspect, but this is the area that Coburn wanted to focus his attention on.

He notes that for many of us that are shy or introverted, meeting people can be a daunting experience but those meetings can have a profound impact on your life, in effect it can be serendipity. Thus, twine’s focus became that of networking and serendipity, as opposed to continually building out the business and platform as he had done with DoubleDutch. Coburn discusses the early days of twine, why they decided to focus specifically on these areas and what influenced these decisions and if it was a difficult choice to focus the company on one element versus a product suite.

Thus far the networking and serendipity elements have been focused on virtual events, however the first iteration of twine was around in-person events. The launch of twine coincided with the beginning of COVID, and thus the focus turned to virtual events, however the company is now returning to the idea of in-person events and how this may work, which Coburn discusses.

As an entrepreneur, Coburn believes that you are constantly looking for the answer to the question of ‘why now?’ why is it the time for this product, company, team to make a specific move? This is what led twine to also engage with the idea of having their tech be suitable for remote teams. During the earlier days of COVID Lawrence and his team noticed that the interest in twine ebbed and flowed alongside the peaks and dips relating to infection rates. Essentially, as infections grew the need for twine grew, as infection rates receded and the shift turned to in-person events, and as such the interest in twine dipped. This fluctuation based on where COVID was at meant that they weren’t really in control of where things were going for twine, but they did realise that remote work and the need for companies to host virtual events to accommodate their dispersed teams was a feature that was now fairly consistent and stable. This led them to not only start conversations with event professionals but those that worked in the people ops departments of organisations, ie those that manage the company’s workforce.

Within the event industry there is a lot of discussion around hybrid events in a variety of different contexts. For Coburn, he believes that twine is able facilitate in person events and virtual events, but he doesn’t believe that they have found the bridge for twine to connect in-person and virtual audiences and ultimately he doesn’t feel that there is a company out there that has found the best way to navigate the potential cross-networking for these two audiences. Coburn feels that the experiences you are providing for an in-person and a virtual audience are different and thus event planners should try to blend the two.

As always, this is just a brief overview of the discussion. Head to your favourite podcast app to hear the conversation in full, including more about Lawrence’s career, his thoughts on the future of the event industry, the things he may like to change and much more.

Best Scholarships for High School Seniors in Every Field