How to Deal With Conference Scams 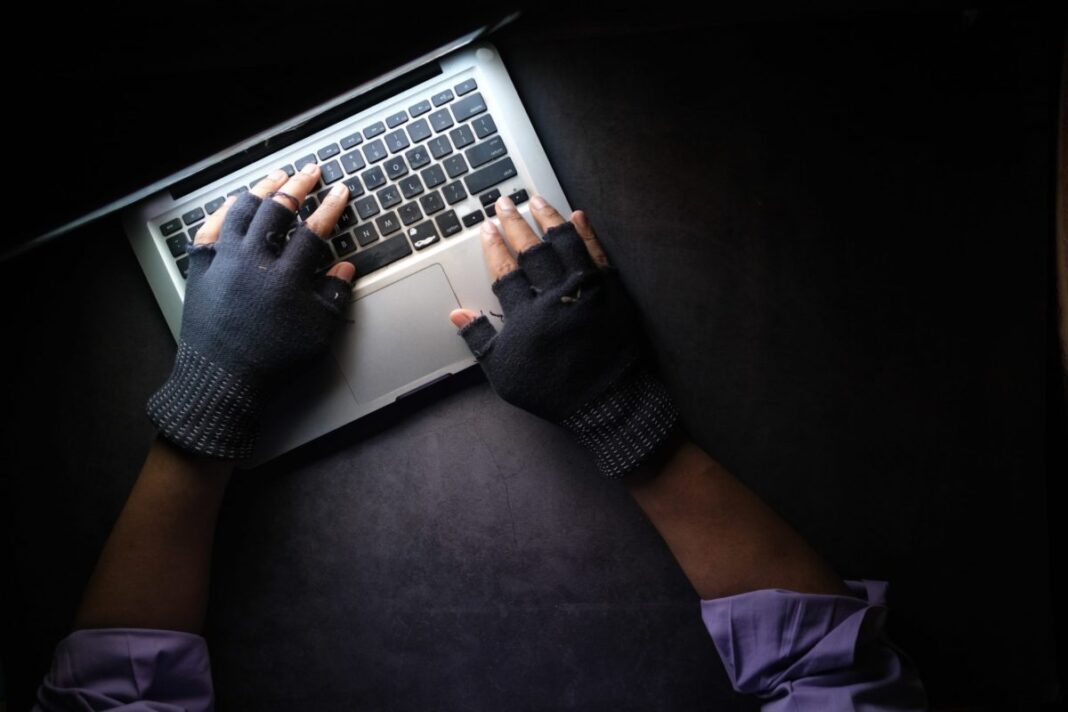 As in-person meetings and events come roaring back, so do the bad actors looking to rip off your attendees, your sponsors, and your organization. Be on the lookout for these common conference scams so you can stop the scammers before they do any lasting damage.

When virtually all in-person meetings had to flip to virtual due to Covid pandemic shutdowns two and a half years ago, the digital scammers went to town. From those who just aimed to disrupt a digital meeting with malicious “Zoom-bombs” — flooding the comment stream with vile remarks and hijacking the screen share to share something that most decidedly was not in the presenter’s PowerPoint deck — to grabbing people’s personal information through invites to fake meetings to stepped up phishing attacks, the digital event scammers were nothing if not creative.

While no one expects the online attempts to abate any time soon, now that in-person meetings and events are roaring back, so are those looking to scam your organization, your sponsors, your exhibitors, and your attendees in the physical world, as well as the digital. Some of these scams will be familiar to meeting professionals who’ve been around for a while, while other conference con artists have spent their Covid pandemic downtime coming up with new ways to cash in on your event.

Here are a few you should be on the lookout for:

These are most common in the academic and scientific arenas but are now starting to pop up in other areas. These may look pretty normal, with a convincing website, a compelling speaker lineup and advisory board, a registration page, and information about travel and lodging. But there is no actual conference in real life. Often the venue and speakers have no idea they’re supposedly involved with the imaginary event. The scammers will try to lure away potential attendees and other stakeholders, grabbing their registration fees, deposits, and sensitive personal data — including their credit card info — before disappearing into thin air.

Yes, this is mainly a problem for your attendees and exhibitors, except that it does siphon off their budgets from legit meetings and events, including yours, and damages the overall field of scientific endeavor by making it harder for them to participate in genuine intellectual exchange.

Knowledge is power, and the more you can inform your stakeholders about fake conferences to steer clear of, the better for all. Of course, you’re already keeping an eye on the competition, but it’s time to double down on your efforts to ensure that the competition is legit.

There are several “tells” that a conference could be fake. As outlined in this article, these include: Checking against Beall’s List and the International Congress and Convention Association, which compile lists of known predatory scientific conferences.

“Include the words scam or predatory when Googling the conference to see if red flags emerge. Check which conferences are organized by recognized institutions in the discipline. Consult with senior colleagues,” experts advise in the article. Also, check the website, organizer, and conference name for those “phishy” just-off misspellings, overly grandiose claims, exorbitant fees, and incredibly tight registration payment deadlines. It also can help to ask your advisory board and speakers to send along any suspicious emails touting conferences that sound a tad off, and maybe even put a Google alert on their names, so they’ll know if someone unscrupulous is claiming they’re speaking on the board of something they’ve never heard of.

These are closely related to the fake conference, except these actually may take place. But because they make their money charging for speaking slots as well as commanding huge registration fees, sometimes even in addition to fees for speaking, and take anyone willing to cough up the cash in exchange for a speaking credit with no peer review (whether they claim to do peer review or not), the actual educational quality is low. And, as with the altogether fake conferences, they are siphoning off attendees and potentially good speakers, as well as doing a disservice to the field of scientific inquiry and everyone who benefits from the intellectual exchange that is at the heart of legit academic and scientific conferences.

In addition to the safeguards, you use to thwart fake conference purveyors, educate your audience on the existence of these predatory conferences. Anthony Cassidy, senior sales manager at the Manchester Convention Bureau, came up with a good list of ways to spot fake and predatory conferences in this blog post. While one would hope most fake conference scammers would be smarter than to try to entice potential attendees to attend a conference in Manchester, England, with a photo of Paris’ Louvre Museum on their fake event’s home page, these guys can be just that obviously off the mark. But not always.

While it’s more prevalent in the special event sphere, even independent business conference planners could take a hit if they fall for this event version of a classic phishing expedition. A client sends an RFP, looking to hire you to handle all aspects of the event. They may even sign the contract and send a deposit. Then they have a vendor who needs an up-front payment, they say. The “client” asks you to pay the vendor directly, saying they’ll add it to the deposit. But then a few days later, your money, their deposit, and the “client” all disappear.

Don’t just take their word for it — learn everything there is to know about that client. Get the history from their past events, talk to vendors they say they use, and also check for the usual phishing giveaways of spelling mistakes and bad grammar, organization and event names/email addresses/website that are close to those of a real organization, but off by a letter or two, pressure you for immediate action, or sound too good to be true.

It’s a lot of work to pull together a quality database, and event organizers put a tremendous amount of time and effort into developing and updating an attendee list that will be catnip to their exhibitors and sponsors. Of course, the corollary is that there’s no shortage of bad actors who will take advantage of the situation by posing as the event organizer who, for a small fee, would be happy to share that list of key names and contact information with your exhibitors and sponsors.

If they fall for it and pay that small fee, of course, they never get the list. In an even worse-case scenario, they could be invited to download that imaginary list, only to find the file they downloaded was infected with malware.

Lists Not for Sale

Make sure all potential sponsors and exhibitors know, in no uncertain terms, that your lists are not for sale, and ask them to contact you immediately if someone comes sniffing around with an offer you would never make. And if you do hear of someone trying this scam on your stakeholders, immediately send out an alert, so they know not to fall for it.

In addition to trying to rip off your exhibitors by selling bogus attendee lists, there are many other ways that so-called outboarders and pirates can try to hoist your exhibitors and attendees by their petards. As outlined in this article, this could entail unsanctioned vendors (AKA outboarders) trying to entice your exhibitors to contract with them for booth rentals (computers, carpeting, AV, etc.).

Then there are the third-party housing firms that are not affiliated with the event but pose as the official event housing company to sell rooms (which may or may not actually exist) to attendees. Other bad actors may reach out to attendees to attend an extracurricular event that hasn’t been vetted or sanctioned by the event organizer. Then there are suitcasers or exhibitors who don’t want to pay for a booth and instead stroll the floor to solicit business, taking time, attention, and potential sales from those who paid the price for that key privilege.

Rid Your Shows of Suitcasers

Make it abundantly clear who your official vendors and housing partners are on your website and in all your communications with exhibitors, sponsors, and attendees. Ask all your stakeholders to let you know if they are approached by anyone not sanctioned as belonging on your official vendor or housing list, and work with your host venue to ensure that no one is illegitimately glomming onto your attendees with an unsanctioned event. If you identify any vendor, housing pirates, or poachers, immediately send a cease-and-desist letter. The International Association of Exhibitions and Events has an entire toolkit to help event organizers rid their show aisles of suitcasers, including developing and disseminating a clear anti-suitcasing policy — and following through when it happens. And it will.

Event organizers agonize over negotiating the level of Wi-Fi attendees require today to check in with work, tweet top meeting takeaways, and generally stay connected while at the conference. Unfortunately, especially large conferences and conventions are excellent, juicy targets for Wi-Fi scammers who can easily create fake Wi-Fi hotspots to grab attendee data and use it for whatever nefarious purpose they may have. They often will give it a network name that’s close but not quite the same as your official network name to make it easy for attendees to choose the wrong one.

Let attendees know in all your communications, both pre-show and on-site, the exact name of the Wi-Fi network you have negotiated for their use. It also can’t hurt to advise them to use a virtual private network, or VPN, while traveling — this sort of scam also is rampant in airports, train terminals, and other public spaces, as well as hotels and convention centers, so this is a best practice for anyone who travels.

There may be as many ways to scam as there are conferences, but event organizers do not have to be at the mercy of scammers, pirates, poachers, and outright thieves. The first step is to become aware of the ways these bad actors are targeting meetings and events and develop strategies to stop them before they do any damage to your event, your organization’s reputation, or you.

13 Reasons To Use Event Platforms for In-Person Events

Health and Wellness, by liv.ingwell