Events May Turn Away From States Where Abortion is Now Illegal 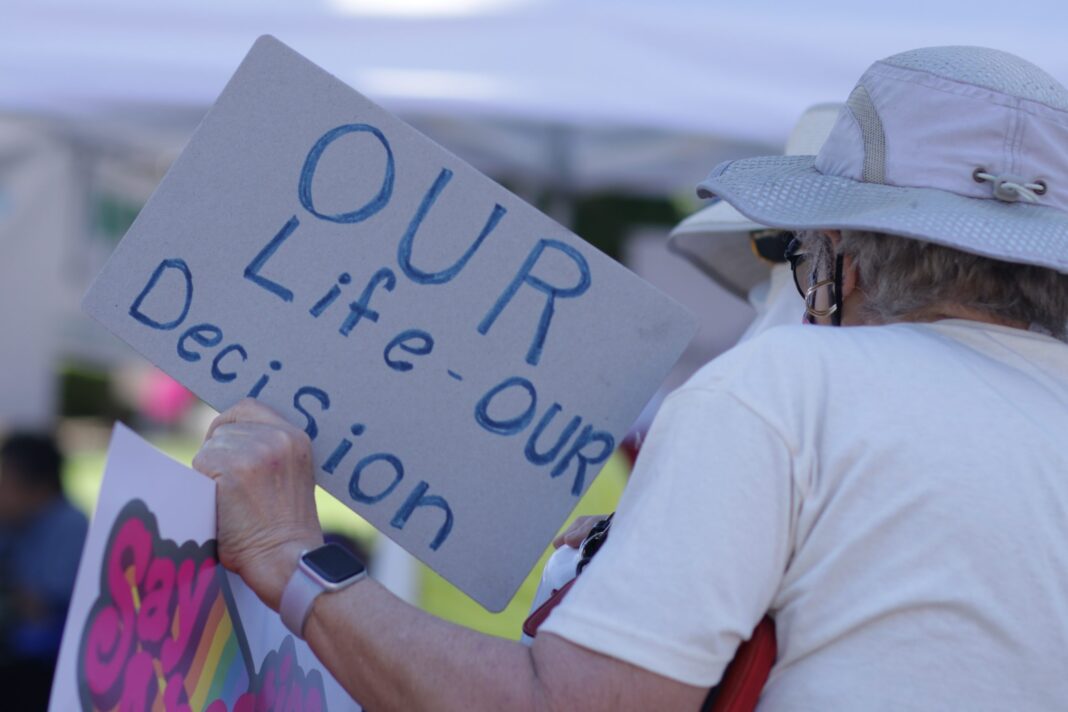 The U.S. Supreme Court’s seismic decision to strike down Roe v. Wade is sending shock waves through the events industry.

The recent Supreme Court decision that eliminates the constitutional right to abortion has deep and widespread implications that has only started to shake the U.S., including the events industry. Many planners are vowing not to have events in states with anti-abortion policies.

The Supreme Court decision overturning Roe v. Wade upends 50 years of abortion rights and hands state lawmakers the power to ban abortion. Thirteen states have trigger laws in place where abortion can be outlawed immediately and many of these states are already pulling the proverbial trigger.

According to the research group Guttmacher Institute, 23 states have laws on the books that will restrict abortions.

There is a clear precedent for changes in state laws causing events to move, this ruling has the potential to have a much bigger impact with so many states being affected at once.

LavaCon, a conference for content strategists, is one example. Jack Molisani, executive director and owner of the conference, has pulled its 2023 gathering from Austin as Texas has a trigger law in place that banned abortions once the Roe v. Wade ruling was struck down.

First it was the Texas voting bill, then another that proposed to regulate bathroom use for transgender Texans. But for Molisani, when the anti-Muslim rhetoric started, he’d had enough. He had a clause added to his contract protecting LavaCon if it had to relocate. As a result of this clause, he will be pulling out of Texas without penalty. The conference will now be held in the Manchester Grand Hyatt in downtown San Diego.

“I certainly didn’t expect to be taking a stand on abortion and voter suppression. But I’m glad I added that clause,” said Molisani.

This October, though, LavaCon will be gathering in New Orleans, a liberal city set in a conservative state.  Molisani breathed a sigh of relief, however, when a judge temporarily blocked the state’s trigger law ban on abortion, but he is still concerned.

“I have met with the lead counsel for the New Orleans CVB and said I, as well as other groups, will not bring conferences back to the city if abortion is banned there,” said Molisani. “I am not pro-abortion ­— I am pro-liberty.”

He issued a statement to his attendees about pulling out of Texas and didn’t get one negative response. “What worries me is the slippery slope of other laws that will be pulled. What’s next? Gay marriage? Inter-racial marriage? Just because something isn’t specifically enumerated in the Constitution doesn’t mean it’s not a human right,” he added.

Over the past 20 years of my career, I have rarely spoken publicly about politics, social issues, any subjects deemed controversial.  Today, I feel differently.

As a C-level female executive, I have a moral and ethical obligation to speak out on the SCOTUS ruling. I have a duty to fight for those women who have not been privileged with the race, education, geography, economics that I have.

My promise is this –

I will work tirelessly to become a full citizen again – for myself, for my daughters and for the women of this country.

At the most recent count, approximately 13,000 reacted to her post, most of which offered support, although a few anti-abortion advocates weighed in.

Companies have responded to the ruling in a slew of ways, those immersed in the events industry included.

Freeman, a global event agency, issued a statement saying it has quickly updated its benefits program to ensure women and families have support and access to health care services no matter where they live in the U.S.

“I am so proud and thankful to work for a company and leadership team that believes access to quality health care, including reproductive services, is fundamental to equality and women’s rights,” posted Lisa Lundeen, senior VP, brand experience, Freeman Company, on LinkedIn the same day the ruling was announced.

Hosts Global Destination Services responded by announcing that Election Day is now a Hosts holiday. “To ensure that each person at Hosts can exercise their right to vote and have their voices heard,” said a statement from Kurt Paben, CEO of Hosts Global.

Skift Meetings reached out to all the major associations in the events industry about the ruling, only hearing back from Meeting Professionals International (MPI), who emailed, “We do not have comment on the matter.”

The ruling may impact the organization as its World Education Conference is slated to be held in Louisville, KY, in 2025, a state with a trigger law that now makes nearly all abortions illegal.

Another industry organization that is probably watching the fallout is the Professional Convention Management Association (PCMA).

PCMA 2023 is scheduled for January 8-11 in Columbus, Ohio, a state where abortion access is in jeopardy, and state Republicans are revisiting the “Heartbeat Bill” that outlaws abortions after a fetal heartbeat is detected.

For planners looking to cancel or relocate their events out of states that have anti-abortion laws in place, there are critical contractual obligations to first consider. Attorney Lisa Sommer Devlin of Devlin Law Firm weighed in on this.

“If a hotel is in a state with restrictive abortion laws, that is NOT a Force Majeure under the law. A customer can choose to cancel, but damages are owed,” she said. “However, if the contract has a specific clause covering passage of certain laws, it may allow the customer to cancel without payment. As with any legal issue, ‘it depends,’ so seek legal review before taking action.”

She explains that planners have been trying to get hotels to accept clauses about objectionable laws for several years. “Hotels have no obligation to accept such clauses and will usually reject them absent compelling circumstances. Remember, the group can always cancel for any reason or no reason, but it owes damages if it does. These political clauses put the financial loss on the hotel when the hotel has nothing to do with the ‘objectionable’ law. So why should the hotel bear that financial loss?” she asks.

She is not impressed with many of the clauses that have come across her desk. “Most of the clauses I have seen, including ‘model’ clauses put out by meeting industry organizations, are poorly written and extremely vague, which will only lead to disputes. As an example, just today, a judge in Louisiana entered an order blocking the state’s new abortion law. If the law that the group objects to is not going into effect because of a court order, can the group still cancel? These vaguely worded clauses do not address many issues that can arise.”

She continues, “Groups wanting to move events to states that do not have restrictive laws need to be cautious. Until the customer has resolved its decision with the original hotel (paid cancellation damages or the hotel has agreed that it has the right to cancel without payment), if the group is trying to contract with another hotel, that second hotel could be subject to claims by the first hotel. These claims could be ‘tortious interference with contract’ among others.”

She adds that each situation is unique and must be evaluated on its own particular set of facts. The bottom line? “Seek legal advice in this highly charged and technical situation before taking any action,” said Devlin.