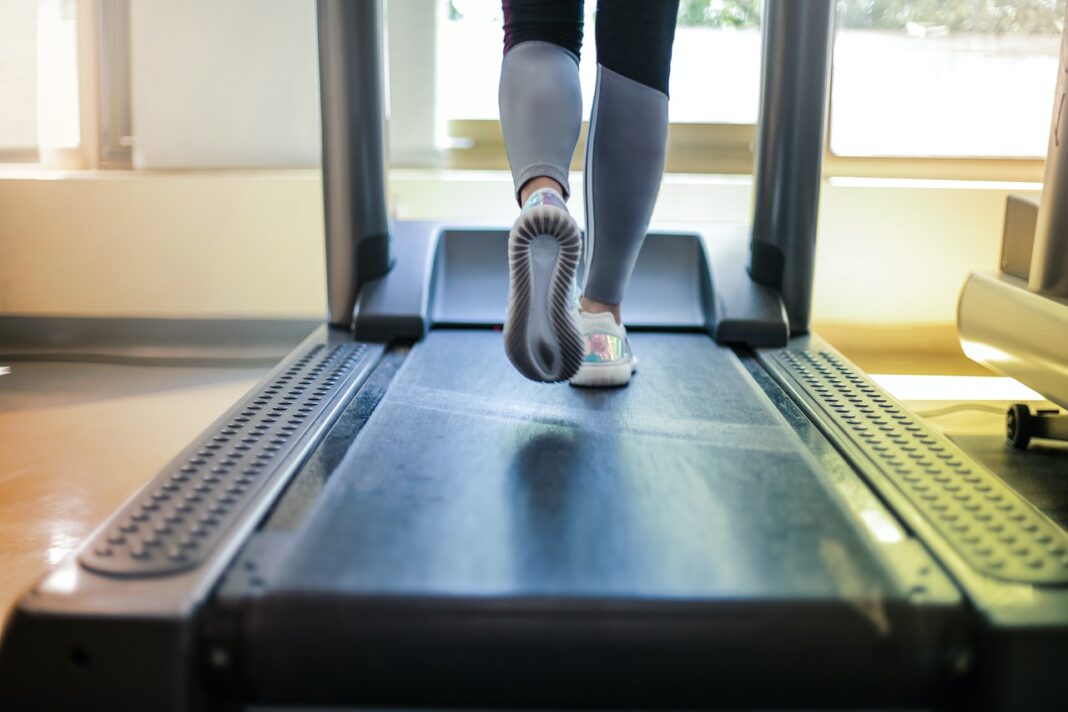 Contrary to common belief, incline treadmills don’t build calves. They may get you in shape or tone your legs, but they aren’t enough to transform your calves. In fact, the exercise focuses more on the glutes, quads, and hamstrings.

Building muscles is a pretty simple formula. You need two things for it: high resistance and a full range of motion. A treadmill doesn’t give either, even if it’s inclined.

When it’s on a full incline, it provides some resistance and a wider range of motion than a flat one, but neither is enough to overload the calves’ muscle tissue or cause growth.

Generally, building muscles requires strength training, and walking on an inclined treadmill is an endurance exercise.

To put it simply, strength training applies external resistance to the muscles, causing the fibers to tear and grow back stronger. A muscle will hardly grow bigger unless you subject it to heavy loads.

On the other hand, endurance training doesn’t aim at getting muscles thicker, but rather aims at getting them to sustain their activity for longer.

I’ll give you an example to help you understand further: imagine you want to build your shoulder muscles. Will you opt for shoulder press reps with a heavy weight or choose to do a plank instead?

A plank is an endurance exercise; it may make your shoulders feel stronger, but it won’t grow thicker muscles.

Likewise, an incline treadmill can tone your calves, quads, and hamstrings, but to grow them, you need to incorporate strength or resistance training into your routine.

Why Calf Muscles Are Hard to Grow

Our muscles aren’t built equally. Some muscles take ages to build, and others are highly responsive to exercises, so they can grow bigger after only a couple of months.

Some of the easy muscles to grow include the quads, hams, and lats.

Do you know what’s one of the most challenging muscles to build?

Yes, you guessed it right: the calf muscle.

There are a couple of reasons calves are hard to grow. For one, they’re mostly made up of slow twitch fibers, which aren’t very responsive to resistance training.

But more than that, calves are hard to grow because they’re one of the most active muscles in our bodies. Every time you walk—which is, as you know, a lot!—you stimulate the calf muscles.

So, to grow them bigger, you’ll have to subject them to much more resistance, and you’ll need to target them exclusively while training if you want to see progress.

Calves aren’t only more challenging to grow than your average muscles, but they’re also lacking in exercises. There isn’t a wide variety of workouts you can choose for your calves. In fact, most common exercises are different forms of calf raises.

Calf raises are the most efficient workout to build your calves, which is why I’ve gathered the best forms of it in this list here. It’s time to ditch your inclined treadmill and try these exercises instead.

The double-leg calf raise is pretty easy to do. It sure burns, but it’s not hard to master its form.

Firstly, stand in front of a wall because you may feel unbalanced. Widen your feet a bit, so they’re aligned with your hips. Then, raise your entire body by pushing down on the balls of your feet. You should feel the pull in your calves as soon as you rise.

You may feel like you’re leaning forward when you first do it. In that case, pull your abdominal muscles in and try to rise again.

If you fail to do it, you can try leaning on the wall for the first couple of tries, then try to do it again.

After a couple of times, you should start holding weights to add resistance.

When you master the double-leg raise, you can take your exercise up a notch and try the single-leg raise. It’s basically the same exercise, but on one leg instead of two.

Of course, this one is harder because you put your entire weight on one leg, but it’s pretty efficient for growing your calves.

Take care to stand correctly before you rise to avoid pulling a muscle.

If you typically train at a gym, you can use the leg press machine to build your calf muscles. The best thing about this exercise is that it targets the deep muscle within your calf—the soleus—which is often hard to target, especially with only seated raises.

To target your calves properly, you should put only the balls of your feet on the press, leaving the lower part out. Then, stabilize your knees and start pushing your ankle forward and pulling it inwards again. Every movement should stretch your calf muscles, then return them to their natural position.

If you want to add resistance, you can always add more weight.

While an inclined treadmill will do wonders for your shape, it’s not enough to build calf muscles. As I mentioned briefly, the calves are stubborn to build, so they often need more resistance than average to grow.

Try the exercises I listed above, and you’ll notice progress shortly after if you do them in the right form.

This Is the ‘Snuggie’ of Sweatshirts, and It’s Only $35

Why Dryrobe Advance is the best swimming robe… | Simply Swim