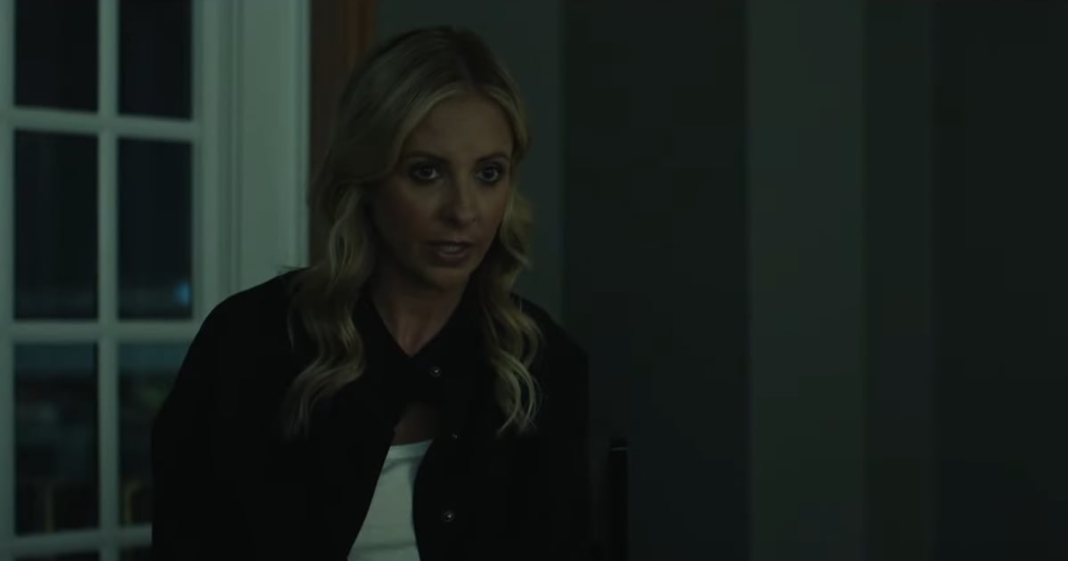 Sarah Michelle Gellar is heading back into the world of monsters and supernatural chaos. Gellar stars in the new Paramount+ series “Wolf Pack,” from Jeff Davis, the producer of “Teen Wolf.” But besides the similar subject matter, the series takes place in a new world, with a new pack of wolves. As Davis, Gellar, and the rest of the cast explained during their panel at New York Comic Con on Oct. 7, the new series will be grittier and more violent than “Teen Wolf” fans are used to.

Gellar addressed why she decided to return to the supernatural realm after exploring it for seven seasons on “Buffy the Vampire Slayer.” “It has to be something that resonates with me because I owe it to you and myself,” she explained. The show, she said, explores issues around mental health, connection, and climate change (the inciting incident is a wildfire). The supernatural, she said, is “how we explain what we can’t grasp or what would be too depressing or upsetting in real life. We scare ourselves into understanding.” Plus, the show, she said, is “effing scary.”

Joining Gellar in the show is veteran actor Rodrigo Santoro and four newcomers who play the main pack of teens: Armani Jackson as Everett, Bella Shepard as Blake, Chloe Rose Robertson as Luna, and Tyler Lawrence Gray as Harlan. Santoro’s character, Garrett, is a park ranger and dad to two of the teens. The series is based on the novel “Wolf Pack” by Edo van Belkom.

“It’s dark, it’s violent, and there’s a lot of romance as well,” Gray, whose character is gay, teased. Jackson admitted he was nervous filming with Gellar, who said that the youth of her castmates is something she let fuel her on set. “Getting to relive that through their eyes just makes it that much more exciting and honestly more enjoyable for me,” she said of going on this journey with them.

Read on for everything we know about “Wolf Pack” so far and to watch the teaser trailer that debuted at Comic Con.

What Are Recovery Shoes? Podiatrists Explain

If this doesn’t motivate you, we don’t know what will 😤 #motivationmonday #shorts #abworkout