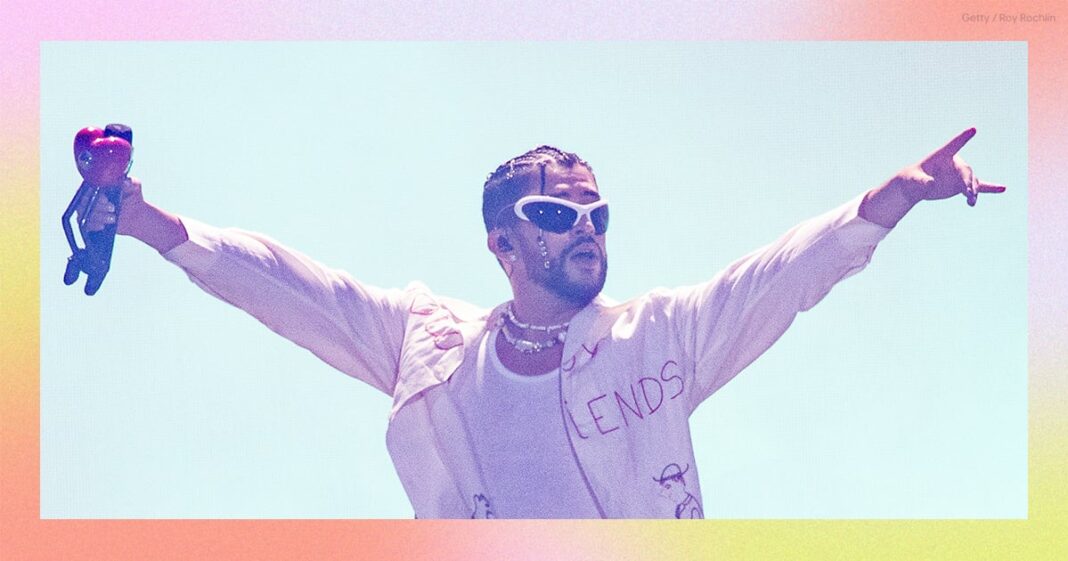 Bad Bunny is no stranger to success. His debut album, “X 100PRE,” cracked the top 50 of the Billboard 200 when it came out in 2018 — a time before his popularity demanded his music videos contain English subtitles. His follow-up album, “YHLQMDLG,” has been certified 24x platinum by the Recording Industry Association of America (cue the subtitles) and still stands as maybe his most unadulteratedly heavy-hitting album. But with his latest release, “Un Verano Sin Ti,” the gender-fluid Puerto Rican iconoclast has cemented himself not just as the biggest artist in reggaeton, but as one of the biggest stars in the world. And that star shows no signs of dimming.

To say Bad dropped “Un Verano Sin Ti” on a Friday in May doesn’t do the release justice. Even before the album’s release date was officially announced, music heads everywhere were salivating at the prospect of a handful of new warm-weather anthems to bump to. Bad had been teasing the disc across social media as “something to play on the beach.” So, with the prospect of what felt like the first real post-pandemic summer on the horizon, fans already had their antennae up, waiting for any word.

That word came via a short Instagram reel on May 2. Four days later, on May 6, “Un Verano Sin Ti” was officially released and promptly broke everything—records, the internet, and the collective hearts of titís around the world. On the day of its release, the album was streamed almost 146 million times. Within a month, it would set the record for single-month streams with two billion. It would then go on to become the fastest album to hit six billion streams on Spotify. And it’s still going strong. As of October, “Un Verano Sin Ti” has spent 18 weeks at either No. 1 or No. 2 on the Billboard 200 — the most for any record since Billboard started its chart ranking system in 1956.

So, how does Bad do it? How does a kid from a tiny island in the Caribbean — where the electrical grid is about as reliable as a bucket with the bottom cut out (¡Pa’ fuera, LUMA!) — crack the success code and top the charts in countries like the Netherlands and Switzerland in addition to the US and Canada? Well, part of it is timing. “He did this purposely,” says Jesus Trivino, the senior director of Global Latin at TIDAL. Trevino is responsible for anything that has to do with the Latin genre on the platform, from playlisting to liaising with artists and everything in between. Since the launch of “Un Verano Sin Ti,” he’s seen Bad hovering among the top artists across TIDAL and other digital service providers, and he expects Bad will finish out the year in the top spot. And while Bad’s popularity is pretty much a year-round kind of thing, like summer in Puerto Rico, Trevino attributes much of the unprecedented success of the artist’s latest album to the timeliness of its release.

Indeed, the pandemic and subsequent lockdown sucked the air out of the world. In cities around the globe, quarantine and social-distancing protocols had us all functioning in an existential vacuum. But after two years of vaccines, boosters, and false starts, the prospect of the first real summer since 2019 had people from Puerto Rico to Poland ready to let loose. And “Un Verano Sin Ti” was the perfect album for it. Over 23 tracks, Bad navigates a range of genres from merengue (“Después de la Playa”) to Bossa Nova (“Yo No Soy Celoso”) to classic reggaeton (“Efecto”) to Soca (“Enseñame a Bailar”) and more. It’s an album made for the beach, for the barbecue, for those velvet summer nights, and the magic of 3 a.m. But more than anything, it’s an album made for the Caribbean and for Caribbean people, which makes its international success even more astonishing.

“I see this album as a love letter to Caribbean Latinos.”

“I see this album as a love letter to Caribbean Latinos,” Trevino says. “Everything it deals with, it’s definitely an album for Puerto Ricans and Dominicans, and anyone that has tropical blood.” But it wasn’t just post-pandemic fever that put such a region-specific album on the path to becoming the biggest album of the year. Trevino thinks the bigger factor is Bad Bunny himself and how he represents the evolution of both reggaeton and Latin culture. “I saw a tweet that said the difference between Harry Styles and Bad Bunny is that Bad Bunny can do ‘Watermelon Sugar’ but Harry Styles can’t do ‘Tití Me Preguntó,'” says Trevino. “And it’s spot on. And the beauty of it is that reggaeton is such a part of the pop culture fabric now, like the global pop culture fabric, that you don’t see [Bad] as reggaetonero or a rapper anymore. You see him as a pop star.”

It’s true. Bad is a pop star. But he’s the rare breed of pop star that manages to transcend his genre while still staying true to its roots. This year, he’s nominated for 10 Latin Grammys across seven categories, one of which is “album of the year.” If he wins, he will be the first reggaeton/urbano act to take home the top prize since Calle 13 in 2011. But the socially conscious, hyperexperimental, sound that Calle 13 had cultivated always leaned heavily into alternative. If Bad Bunny wins, he will do it as a pure reggaetonero, with an album that has people around the world singing in Spanish and getting just a little taste of what it feels like to be Caribbean. But more than that, he will be kicking down a door for a new generation of artists.

“He can carry the genre for as long as he wants to,” says Trevino. “And the beauty of that is that he’s so open to working with new artists that he’s going to find the ‘next’ Bad Bunny. For him to cosign someone like Villano Antillano, who’s an amazing artist in her own right, it’s game-changing,” he continues.

“Un Verano Sin Ti” is more than just a successful album — it solidifies Bad Bunny as the ambassador for the genre of reggaeton, carrying it on his shoulders while at the same time pushing the boundaries of what has been accepted within it. And at the end of the day, that’s something both artists and fans alike can all benefit from.

6 Players Who Were Injured Because Erling Haaland Is Too Powerful