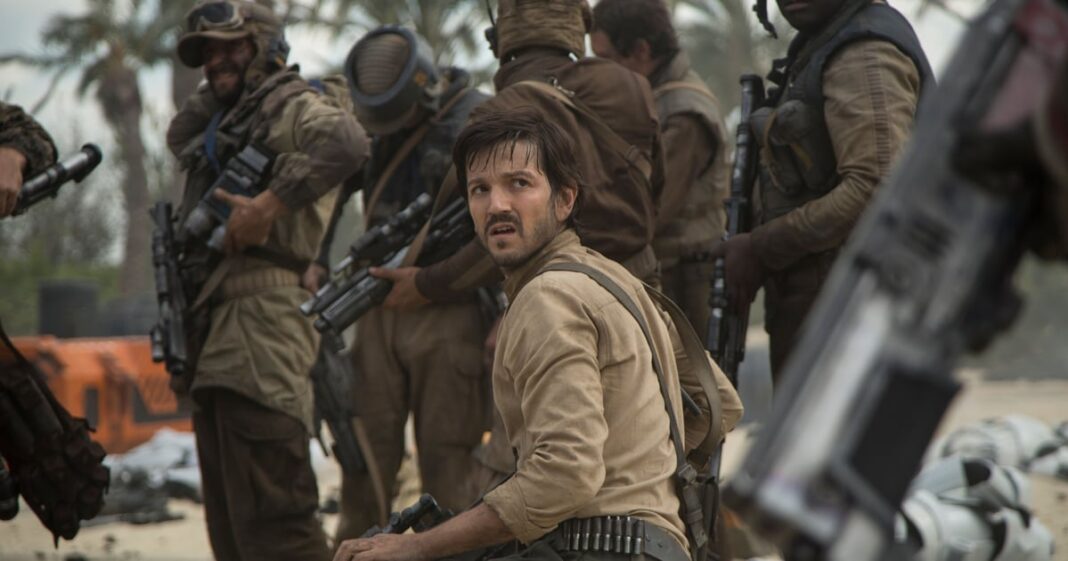 It’s been a minute since 2016’s “Rogue One: A Star Wars Story,” but Disney+ is revisiting the film with “Andor,” its upcoming series about Rebel spy Cassian Andor. Yes, Diego Luna returns to this fan-favorite part, portraying the character in what Disney bills as a spy thriller set five years before the events of “Rogue One.” Season one of the new show will premiere this August, following Cassian’s journey into the Rebel leader viewers met in “Rogue One.” Need a refresher on what goes down in the movie and how Luna’s character fits into it? Here’s a primer on Cassian Andor to jog your memory.

Who Is Cassian Andor?

The Star Wars website describes Cassian this way: “An accomplished Alliance Intelligence officer with combat field experience, Captain Cassian Andor commands respect from his Rebel troops with his ability to keep a cool head under fire and complete his missions with minimal resources.” According to the Star Wars Encyclopedia, he was born on the planet Fest and joined an insurrectionist cell during the Clone Wars and fought as a child soldier. His father was killed at a protest, and his mother also died when he was young. Not much else is known about his life before he joined the Rebellion.

Cassian Andor in “Rogue One”

“Rogue One.” released in 2016, is a prequel to 1977’s “A New Hope,” the very first Star Wars movie. In “Rogue One,” Cassian is an intelligence officer who’s worked with the Rebels since he was six years old. In the film, he’s tasked with watching over the renegade Jyn Erso (Felicity Jones) and assassinating her father, Galen, the engineer behind the Death Star. Cassian ultimately chooses not to kill Galen, though the scientist dies during a bombing anyway. The Rebel captain and Jyn end up taking an imperial ship — dubbed Rogue One — to raid the Death Star’s databank. They obtain the schematics for the Death Star and send the data back to the Rebels. Despite the win, the movie’s ending is fairly bleak: a blast from Grand Moff Tarkin kills the pair and many of the Rebel forces supporting them. Ultimately, however, the schematics end up with Princess Leia, providing, well, a new hope for the Rebels.

Back in May, Luna said at the Star Wars Celebration that the version of Cassian fans will meet in “Andor” is a “very selfish man.” The show will take Cassian on a journey, from a regular person, worried about himself, into a Rebel leader that helps unite and inspire the rebellion. The first season of “Andor” will cover one year, with the second season covering the remaining four years until the beginning of “Rogue One.” What will happen during that time period, we don’t fully yet know.

One thing we know about “Andor”? Cassian will make it through both seasons. “The beauty of this show is there’s no way they’ll kill me,” Luna joked back in May.

A Ritual-Inspired Turmeric Mask That’s Got Everybody Glowing

The Least Sexy Nutrient? The 8 Benefits Of Soluble Fiber