White Lotus Season 2: Why Do We Love Horrible Characters? 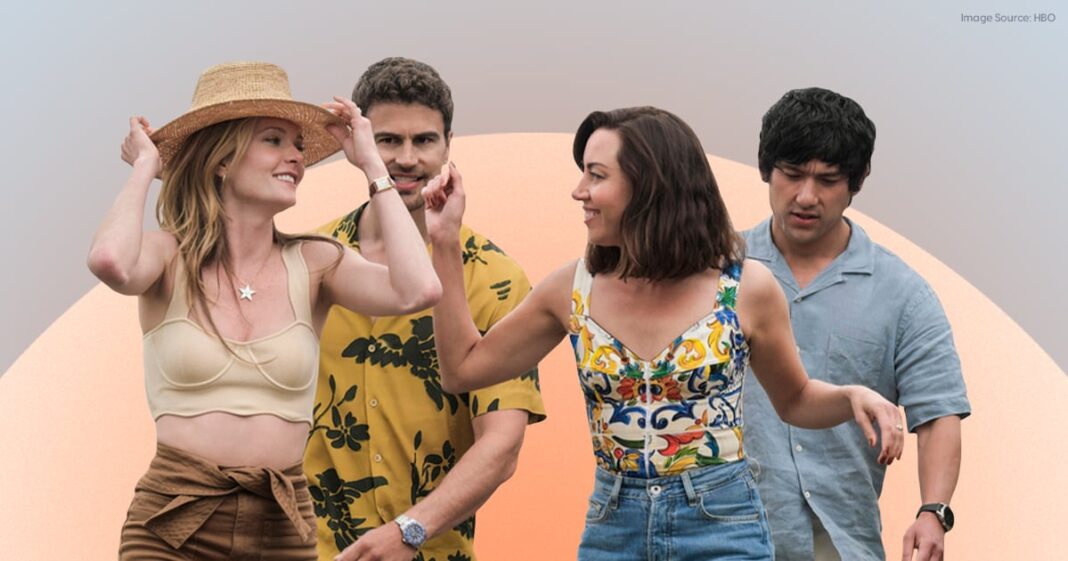 “White Lotus” creator Mike White has a knack for getting people riled up. The first season of the HBO series, which aired last year and focused on the privileged (and predominantly white) guests of the five-star titular resort in Hawaii and the more diverse staff who served them, prompted heated debates online about classism, imperialism, and the physics of suitcase defecation. Season two, which airs its finale Dec. 11, offers viewers another anxiety-inducing stay at the ritzy hotel — this time located in the Italian city of Taormina, Sicily — and the chance to spend time with a sliding scale of entitled vacationers played by the likes of Aubrey Plaza, Michael Imperioli, and Jennifer Coolidge, reprising her role as Tanya McQuoid, the sympathetic or insufferable socialite, depending on the day.

That’s the thing about “The White Lotus”: we love to watch them, despite finding something to hate in every single character. The gleeful condemnation of these one-percenters on social media could be chalked up to good old-fashioned schadenfreude, but there are several psychological explanations for why we love to hate the “White Lotus” characters.

Clinical psychologist and YouTuber (and “White Lotus” fan) Dr. Ali Mattu believes that viewers of “White Lotus” — as well as other shows like “Succession,” another good series about mostly “bad” people — are forming intense imaginary bonds, called parasocial relationships, with these characters.

“It’s a one-way relationship, but it feels very real to us,” Mattu explains. “The more you identify with a character, the more powerful that relationship can be.”

They aren’t heroes or villains, but fall somewhere in between, like most humans.

In recent years, the term parasocial relationship has become shorthand for a fandom’s toxic connection with a celebrity. Most notably, it was used to explain the intense criticism comedian John Mulaney received after divorcing his wife of nearly seven years, Anne Marie Tendler. But not all parasocial relationships are negative. They can be a psychologically healthy way for someone to build community.

As Mattu explains: “It’s a lot easier to talk to someone about Tanya [on ‘White Lotus’] and all the stuff she’s got going on than it is to talk about the Tanyas we have in our own lives.” And that’s especially true for people who are trying to find connection after years of pandemic isolation.

That need for connection can lead people to form strong attachments to characters that are objectively horrible, but whose horribleness feels relatable. They might even see the character as a kindred spirit, another complicated figure who deserves forgiveness for their mistakes, no matter how big. They see themselves in these questionable characters and feel compelled to protect them. Where it can get tricky is when that love of one character leads to an intense hate for another. The viewer may get “some sense of justice” if a character they’re rooting against gets their comeuppance, Mattu says: “It may feel like proof that money doesn’t solve everything. That even though these characters are in this beautiful place, their problems continue to plague them.”

But he warns that the more you learn about each character, the harder it is to take pleasure in their misery. “You might realize that you have more in common with them than you thought,” he says. “You might actually realize that you sympathize with the character” you once thought you despised.

Even so, hating these problematic characters can help boost our egos, explains psychologist Dr. Hayley Roberts, who cohosts the mental health podcast “Pop Psyche 101” with licensed clinical social worker Ryan Engelstad. “You find these things that you don’t really like about this person,” Roberts says. “And you go, ‘Well, I might not be this glamorous, but at least I’m not like that. I’m not as bad as this person!'”

Sharing our feelings about these characters on social media also allows us to create distance between us and their perceived problematic behavior. The fan “can pick a side and can explain why they think this person was right or wrong,” she says. “It almost gives them a sense of control over their own thoughts and feelings about what’s happening on the show, but in their own life, too.”

“The White Lotus” encourages viewers to not only play armchair psychologist, but also armchair detective. This season, like its predecessor, is a murder mystery, which begins with the reveal that multiple guests have died during their stay at the Italian resort. From that moment on, every character is either victim or suspect, but White tries his best to keep viewers on their toes, writing frustratingly complex, flawed humans who are so rich that they can’t remember whether or not they voted in a recent election. (It’s honestly hard not to at once admire and be absolutely horrified by the laissez-faire attitude Daphne, played by Meghann Fahy, has toward extramarital affairs and reading the news.)

They aren’t heroes or villains, but fall somewhere in between, like most humans, which makes this a difficult mystery to solve. “We try so hard to not be judgmental, but the truth of the matter is it’s a natural part of being a human,” says Hannah Espinoza, a licensed clinical professional counselor (LCPC) and cohost of the podcast “Popcorn Psychology,” which digs into the psychology of Hollywood’s biggest blockbusters. While we shouldn’t judge a book by its cover, Espinoza says that “a part of surviving is comparing, and comparing is being judgmental.”

Espinoza, who is based in Illinois, says that in the Midwest “there is no way in hell that you’re actually gonna tell someone that you dislike them. You’re just gonna be friends with them on Facebook until you’re both dead and no one’s ever gonna say anything about why you’re pissed at each other.” Being honest about how much you hate a character feels cathartic, but it may also encourage you to trust your instincts about people in your own life, too.

Expressing your distaste for the “White Lotus” characters online could lead to more meaningful conversations about the show’s bigger themes, including toxic masculinity. “The patriarchy really sh*ts on gossiping, and because of that we don’t really acknowledge the social benefits of gossip,” says Brittney Brownfield, Espinoza’s “Popcorn Psychology” cohost. “It’s community building, and for women, it can be used to protect themselves and others.” That’s why Brownfield, an LCPC specializing in individual and child counseling, thinks philandering investment bro Cameron (Theo James) has gotten such a negative reaction from viewers.

“I feel like a lot of women have met someone like him who is very slippery,” she says. “He’s always doing little things to push boundaries that could also be explained away as not having ill intent.” It’s clear that his actions are having serious consequences for Harper (Plaza) and her husband, Ethan (Will Sharpe), who ignored her earlier concerns about Cam’s boundary-pushing behavior.

Ultimately, the advantage of tweeting about fictional people instead of real ones is that “there’s no real risk to it,” Brownfield explains. “It’s a way to make a statement in a safer way. You’re not directly calling someone out, but you’re still calling something out.” Her “Popcorn Psychology” cohost Ben Stover, an LCPC who specializes in trauma work, says that viewers who find themselves hate-tweeting their way through “The White Lotus” should make time to unpack what is bothering them and why.

“We never know what’s going to open up what I like to call ‘a box of monsters in your head,'” he says. “All behaviors have purpose, so if you’re getting stuck on it in some capacity, there’s meaning there. Don’t ignore it.”

7 Exercises for Sciatica To Relieve Pain and Pressure