What to Know About Addison Rae’s Family 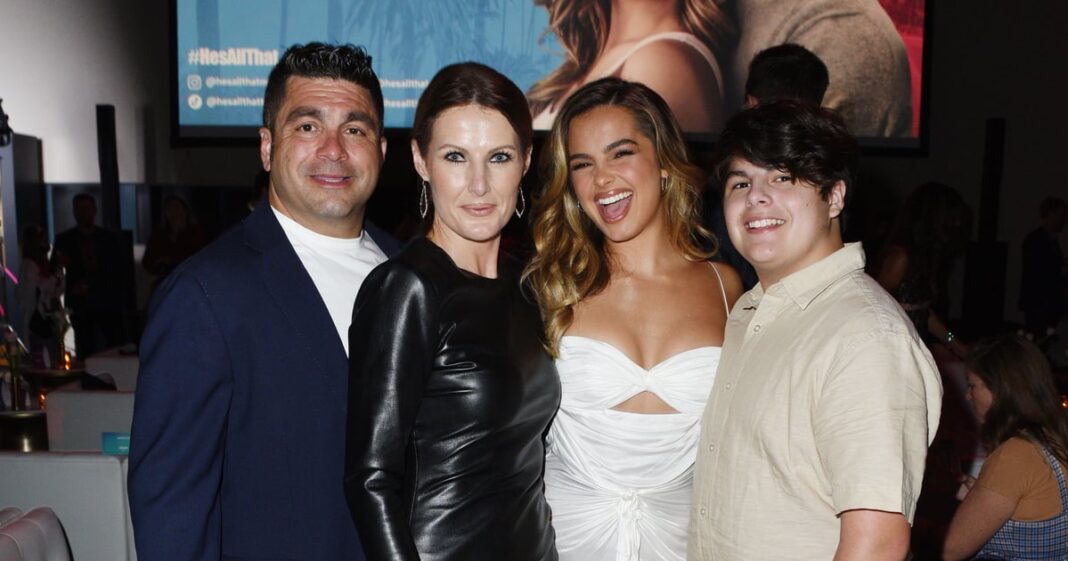 It was hard to miss TikTok megastar Addison Rae’s mom, Sheri Nicole Easterling, making her PDA-packed 2022 MTV Video Music Awards red carpet couple debut with “Betty” rapper Yung Gravy at the end of August. But this wasn’t the first time one of Rae’s parents (Easterling and Monty Lopez) has been a part of public drama since their daughter (full name Addison Rae Easterling) became a star — the estranged couple have made headlines many times before for relationship-related news.

Now, weeks after Easterling’s VMAs PDA, a source told Us Weekly that Rae is “embarrassed by both of her parents’ behavior.” In fact, the source told the outlet in September that “she’s distancing herself from her family.”

Since then, Lopez uploaded a YouTube diss track about Yung Gravy and his ex on Sept. 25, though the video includes a disclaimer: “I would like to take a moment to apologize to my family and friends and others involved for the behavior I portrayed online and in person. Please take this as a lighthearted and comical spin on my life.”

Rae was born on Oct. 6, 2000, in Lafayette, LA, to Easterling and Lopez. According to Seventeen, Rae has previously said that her parents have had a complicated relationship; after getting married in 2004, the pair divorced, continued an on-and-off relationship, and eventually remarried in 2017. As Rae’s star has risen, her parents have also frequently been in the media.

We’re breaking down Rae’s rise to fame and how her family’s drama has been interwoven throughout — including her dad’s alleged scandals and her mom’s (now-fizzled) relationship with 26-year-old Gravy.

5 Things To Say To Your Picky Eater

Getting Ready With Lauren Gores Ireland of Summer Fridays