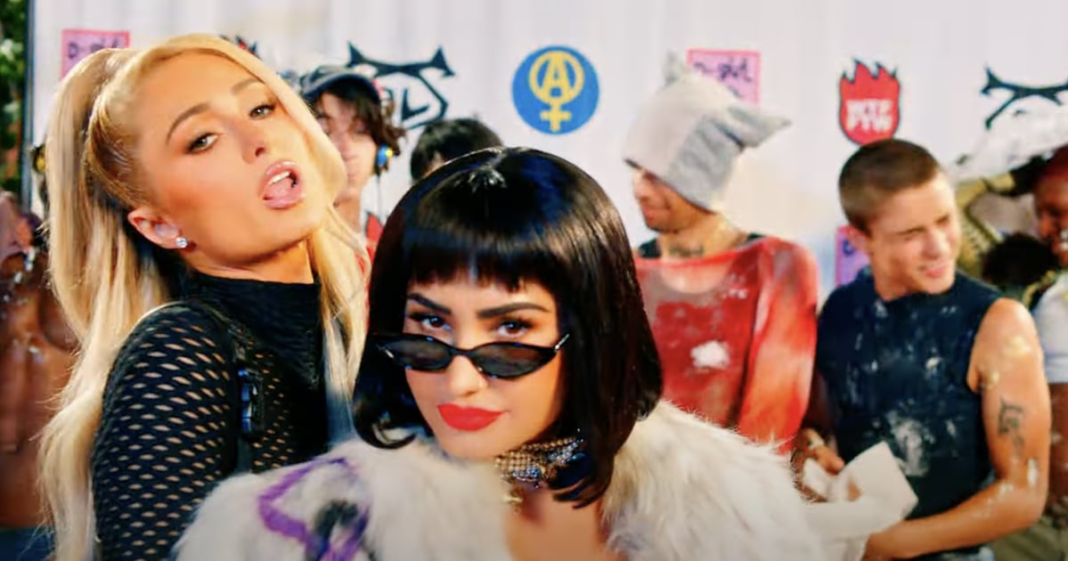 Demi Lovato wants to know if they’re the only one looking for substance in their new music video. On July 15, the “Skin of My Teeth” singer released her new single “Substance” alongside a Cody Critcheloe-directed visual to pay homage to all the great pop-punk videos of the late ’90s/early 2000s. In it, Lovato stomps through a boardroom meeting and hangs off the side of a skyscraper before starting the rest of their angry protest.

The music video also features Lovato interrupting a scene from a “Too Hot to Handle”-esque set and destroying a Lana-like device, as well as raging through a graffiti-decorated house party. The visual ends with her posing atop a motorcycle for a red carpet photo shoot, featuring a surprise guest appearance from pal Paris Hilton.

“Substance” is the second song to release from Lovato’s 16-track “Holy Fvck” album, set to drop on Aug. 19. Lately, they’ve been releasing small hints on social about what to expect from their eighth project. “Never have I been more sure of myself and my music, and this record speaks that for itself,” she said in a press release for the album. “To my Lovatics who have been rocking out with me since the beginning and those who are just now coming along for the ride, thank you. This record is for you.”

13 Famous Actress who took their own life