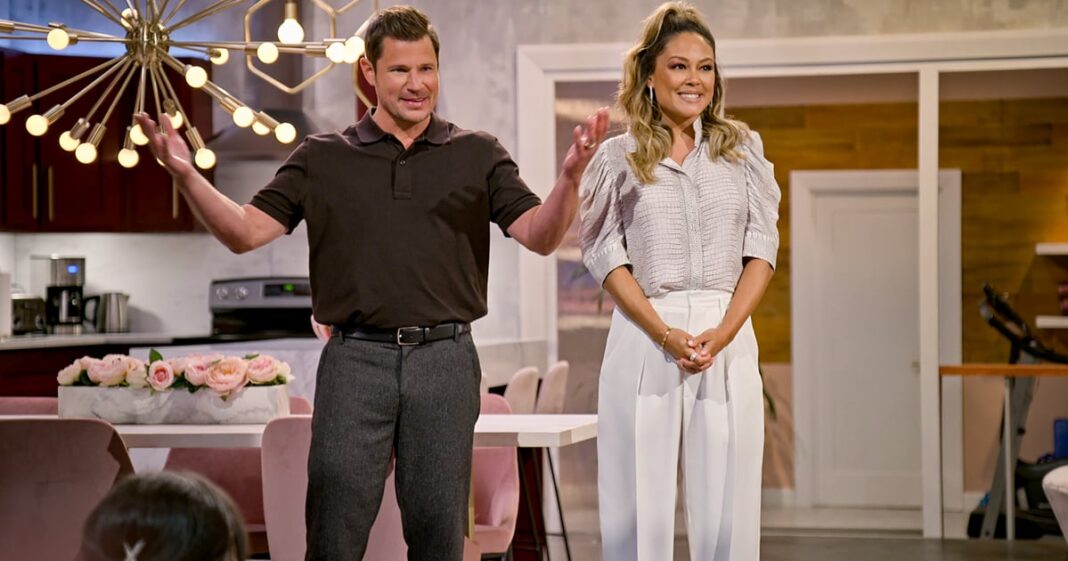 Can you believe “Love Is Blind” is already returning for another season? Just eight months after the Netflix staple concluded its second drama-filled season, the show is back for season three on Oct. 19. “Love Is Blind” previously made love matches (and a few explosions) in Atlanta and Chicago, and now it’s making connections for a new set of singles in Dallas, TX, with a little help from cohosts Vanessa and Nick Lachey.

“I think you’ll enjoy season three as far as knowing there’s a little bit of everything that happens.”

After the many breakups that occurred during (and after) “Love Is Blind” season two, viewers are curious to see how the season three couples will pan out. “Let’s just say this: there is a lot of love, but you’re also going to get a little bit of everything,” Nick tells POPSUGAR. “I think that’s probably consistently true with every season. I mean, this is an experiment in the truest sense of the word. So while it works for some, it may not work for others, but that’s the beauty of [it] . . . I think you’ll enjoy season three as far as knowing there’s a little bit of everything that happens.”

The cast of “Love Is Blind” season three didn’t have the advantage of seeing how the love experiment concluded in the prior season — filming began right after season two wrapped in spring 2021. However, Nick and Vanessa say they believe everyone on the show knew what they were getting themselves into based on “Love Is Blind”‘s explosive 2020 debut.

“I think that every season so far has probably seen season one,” Nick says. “So they had a template of what the show was. Going into the first season, no one knew what we were kind of doing, including us. It was all just a big fantastic experiment . . . So I think what differentiates the seasons to me is that you’re dealing with entirely different people from entirely different places. Chicago, very different from Atlanta. Dallas, very different from Chicago. So you never really know what you’re going to get, which is the fun of it . . . even as hosts, we don’t know how it’s going to turn out. So that’s what makes it so intriguing for us to be a part of it, too.”

Vanessa adds: “There’s an interesting level of what was important in season two, to the cast and the couples, and what was important in season three. But also the common thread that is in all three — wanting to find love, to be loved for who we are, and then adding the layers of the physical part and friends, family, and the real world environment . . . [Season three] approached it differently, but not because they [didn’t see] season two. That was just how they were in that city at that time and what they were looking for.”

“Love Is Blind” season two had way more splits than viewers anticipated — all of the final couples broke up, and two are currently in the process of divorcing. However, in defense of season two, Vanessa believes the cast still made some long-lasting connections — whether they were romantic or platonic. “I wouldn’t even say that there was no love in season two,” she shares. “I mean, it did end the way that it did and it didn’t end that way right off the bat. It’s a journey, and everyone’s journey is different.”

The hope is that “Love Is Blind”‘s season three group will be luckier in love, but that’ll come down to which couples make it to their wedding day and actually say “I do” in the season finale, which airs Nov. 9 right before the reunion special.

Get ready to dig into new “Love Is Blind” drama when season three premieres its first four episodes on Oct. 19.

Elements of a Great Retail Display