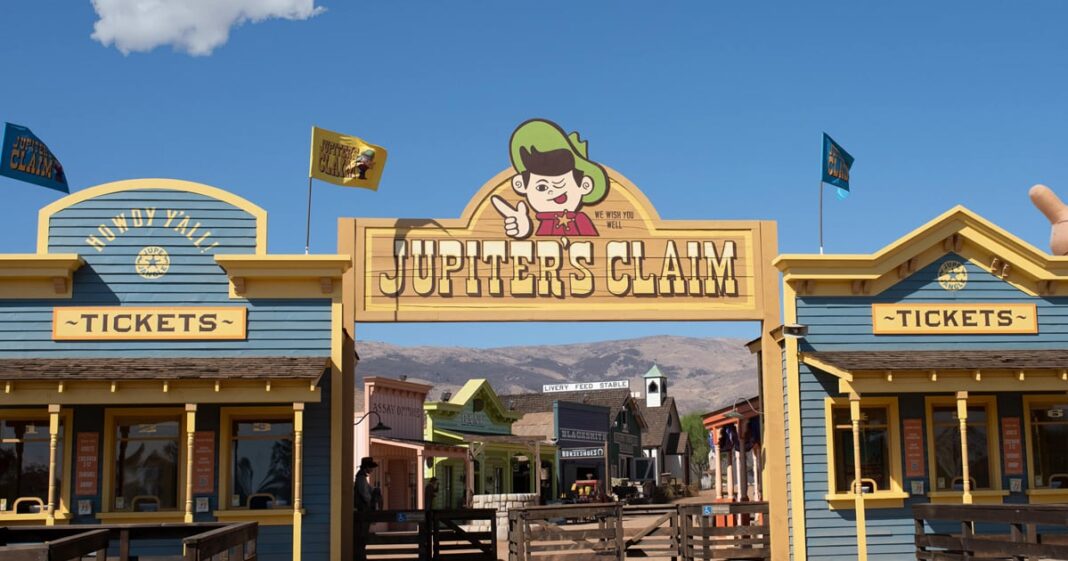 “Nope” — which stars Keke Palmer, Daniel Kaluuya, and Steven Yeun — tells the story of caretakers at a California horse ranch who encounter a “mysterious force” that has effects on human and animal behavior. The film set, created by production designer Ruth De Jong, was carefully disassembled after filming and transported to Universal Studios Hollywood, where it was reconstructed using original props from the film, according to Deadline.

What Is Jupiter’s Claim?

Jupiter’s Claim, set in California’s Santa Clarita Valley, is described as “a family-fun theme park” inspired by the white-washed history and aesthetics of the California Gold Rush. The park was originally owned by Ricky “Jupe” Park, a former child star brimming with “evangelical pride.”

A perfect recreation of the film set, Jupiter’s Claim, a pivotal location in the film, will feature attractions like a bank, where visitors can play games to earn prizes at the general store — including Kid Sheriff posters, frisbees, and lunchboxes; a theater, the Star Lasso Experience; a PO box; and the Winkin’ Well, where you can toss your hard-earned “jangles” to make a wish. Peele’s team even created a Jupiter’s Claim website, which flickers between day and night. The site also features a map of the park, a temperature check — it’s always a sunny 98 degrees — and ominous music that gets progressively louder and more disturbing, a possible sneak peek into the IRL theme-park atmosphere.

“This is Jupe’s place, and he welcomes you with open arms,” the site’s homepage reads. “Here at Jupiter’s Claim, there are horses to behold, a general store to visit, and the Sundae Saloon to knock back a few spirits. While you’re here, don’t forget to collect your Jupe Jangle for the most revealing attraction: The Winkin’ Well — where every conceivable wish could come true.” As the site shifts from day to night, the captions on the page change, leading us to believe that there’s more than meets the eye in this happy tumbleweed town.

Like the film, Jupiter’s Claim will be open to the public on July 22. In the meantime, if you’re in the mood for a haunting adventure, check out the creepy Jupiter’s Claim website ahead for a sneak peek at what to expect.

Chris Evans Is Focused on Finding a Life Partner