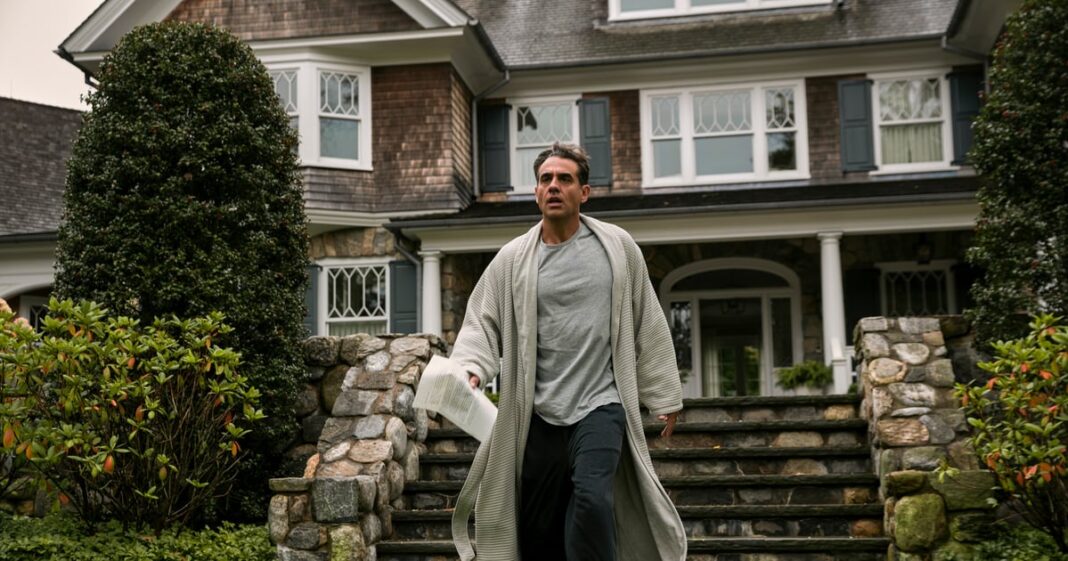 Netflix’s upcoming true-crime series “The Watcher” diverts from the genre in that it doesn’t center on a serial killer or a violent criminal but rather an anonymous stalker who torments a family who just moved into a new neighborhood. The series is based on the true story of the Broaddus family, who were terrorized by a mysterious writer calling themselves “The Watcher” who sent letters to their home throughout 2014.

“The Watcher” will send chills down your spine — and perhaps diminish your trust in those who live around you. Read on to learn about the unbelievable real story that inspired the series, which hits Netflix on Oct. 13.

What Happened to the Broaddus Family?

In June 2014, Derek and Maria Broaddus purchased a six-bedroom, four-bathroom Dutch colonial home in New Jersey, as reported by Patch. The picturesque home, located on 657 Boulevard in the suburban town of Westfield, is just 16 miles southwest of Manhattan, making it a desirable area for families and new homebuyers. Derek and Maria — and their three young children — were enthusiastic about buying their dream home and living on Boulevard, which was streets away from the house that Maria grew up in, according to The Cut.

As the Broaddus family began to do renovations in the new home, their dream very quickly turned into a never-ending nightmare, though. Just three days after closing on the house, Derek and Maria received a piece of mail from an anonymous writer. At first, the note seemed like a warm welcome to the neighborhood — but it turned dark as it continued. “657 Boulevard has been the subject of my family for decades now and as it approaches its 110th birthday, I have been put in charge of watching and waiting for its second coming,” the writer disclosed in the letter, according to The Cut.

The writer also knew information about the family, such as the type of car they drove, the number of children they had, and the workers hired to do work on the property. And the anonymous “watcher” didn’t stop at that, The Cut reported.

What Was The Watcher’s Motivation?

In a total of four letters that were sent to the Broaddus family, The Watcher continually relayed a message that 657 Boulevard not only had something hidden in its walls, but it also needed to be filled with “young blood,” a reference to Derek and Maria’s children, per The Cut. “657 Boulevard is anxious for you to move in. It has been years and years since the young blood ruled the hallways of the house. Have you found all of the secrets it holds yet?” one letter said.

The writer also claimed to formally be in charge of watching and safeguarding the property from renovators “stealing it’s [sic] history.” In one letter, The Watcher described 657 Boulevard as being observed by nonresidents through multiple generations: in the 1920s by the writer’s grandfather, and in the 1960s by their father. After The Watcher’s father died, the mail sender claimed, it was their duty to take over watching the home.

Was The Watcher Ever Caught?

The Broaddus family were terrorized by The Watcher’s continual letters and stalking and took many avenues to figure out who the anonymous stalker was. First, the family went to the police. After an unsuccessful questioning of multiple suspects, including a neighbor, a man with schizophrenia, and a 20-something man from the same street who was into “dark video games,” Derek and Maria took matters into their own hands. Within months, the couple hired private investigators, worked with multiple FBI agents, installed a home security system, bought trained German shepherds, and even considered hiring military veterans to “work out in the backyard every day,” as reported by The Cut. All of these measures still didn’t get to the root of their paranoia and fear: who was The Watcher?

As the family continued to investigate the mystery, they did get into contact with 657’s former owners, the Woods family, to see if they could offer any insight on the situation. The Woods had lived in the home for 23 years without any problems, according to The Cut’s report. However, they said they had also received an anonymous letter from The Watcher with similar wording to the notes sent to Derek and Maria. The letter was sent to the Woods before they sold the home, and the family didn’t take it seriously. The Broaddus family eventually filed a lawsuit against the Woods family for not disclosing this information before they bought the home, though it was later dismissed.

Despite the many resources the Broaddus family used during their time at 657 Boulevard, The Watcher was never caught, and their identity remains unknown. 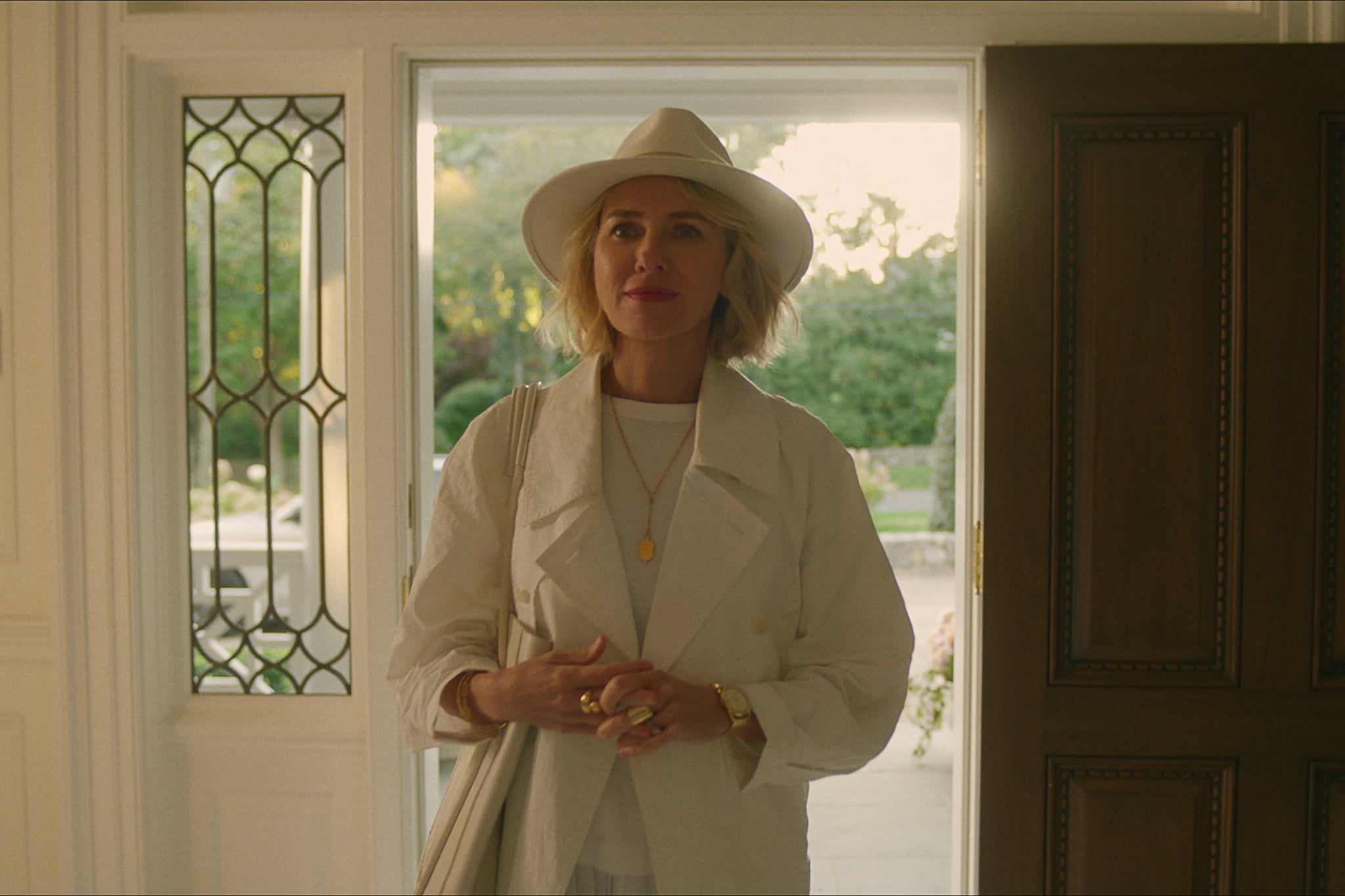 What Happened to the 657 Boulevard Home?

The Broadduses ultimately never moved into 657 Boulevard. In an attempt to offset their purchase price of approximately $1.3 million, along with $100,000 in renovations, Derek and Maria set out to sell the home to a developer, who planned to build two new properties on the lot. The arrangement was met with backlash from the Westfield Planning Board as well as the residents of the town and street, according to The Cut.

As a last resort, the Broaddus family listed the home for rent, and it was eventually occupied by another family. After several attempts at selling the home, Derek and Maria were finally able to sell 657 Boulevard for $959,000 and lost nearly $500,000 in the process, per Zillow records.

Catch Netflix’s version of the tale on the streamer on Oct. 13, and watch the chilling trailer below.