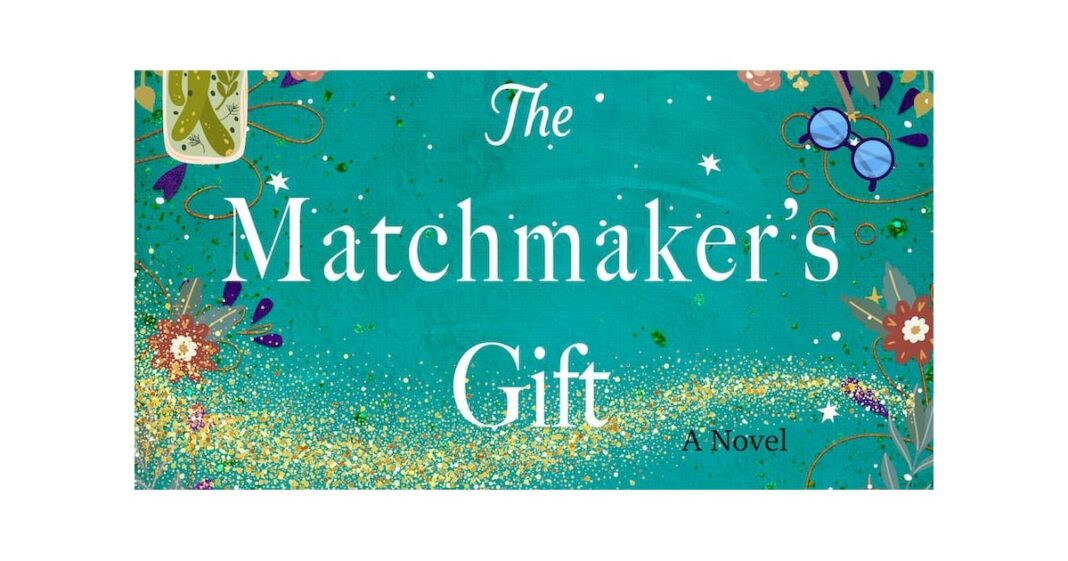 Lynda Cohen Loigman believes in soulmates. “I don’t think everybody has only one. I think there are some people in this world that you just really connect with,” she tells POPSUGAR. “It doesn’t even have to be romantic. If you’re lucky in life, you have a couple different soulmates, whether they be romantic ones or platonic ones.”

In her novel “The Matchmaker’s Gift,” published on Sept. 20, one of main character Abby’s platonic soulmates is her grandmother, Sara Glikman, who dies at the start of the book, leaving her with a collection of journals and a lot of unanswered questions. The pair share a deep bond — and an uncanny ability to identify strangers who are perfect for each other.

Sara, the other central character in Loigman’s sweet marvel of an intergenerational tale, makes her first match at the age of 12, introducing her sister to her future husband while they’re on a boat immigrating to the United States. To Sara, matches are identifiable by thin golden lines that connect one soulmate to the other.

Her granddaughter, Abby, inherits this gift — though Abby, a jaded divorce lawyer without much faith in everlasting romance, tries to fight against it. But over the course of the story, Abby learns a lot about how hard her grandmother had to fight against people who couldn’t stand to see a young woman making matches based on something as intangible as pure faith and instinct.

Loigman was inspired to write “The Matchmaker’s Gift” in the depths of a COVID-19 quarantine binge-watch. Her daughter and her daughter’s roommate came home to quarantine with her, and like many of us, they devoured Netflix’s “Indian Matchmaking” together. After watching the show, Loigman’s daughter’s friend showed her a New York Times article about her grandmother, who had been an Orthodox matchmaker in Brooklyn in the 1970s.

The spark caught immediately. Loigman decided to drop the book she was working on at the moment, choosing instead to dive into the world of matchmaking. “I feel like everybody in that moment just wanted to read a happy story, a story that was joyful,” Loigman says. “We were at such a disconnected time, we were all so isolated, and a story about a matchmaker is just by definition a story about connections, because that’s what they do. They make connections.”

Matchmaking is a long-standing part of Jewish tradition. According to the Torah, the very first matchmaker — or to use the Yiddish word, shadkhan — was God himself, who matched Adam and Eve. In many Orthodox Jewish communities, matchmakers still play a critical role; because tradition forbids men and women from interacting, the shadkhan may be entirely responsible for pairing up community members. Traditionally, matches were made largely for economic reasons, but over the years, that began to shift as communities began allowing men and women to engage in courtship.

Loigman, a writer of historical fiction, wanted to base her story in a specific time and place, so she chose the 1910s and 1920s, focusing on early Jewish immigrant communities in New York City’s Lower East Side. A specific line from a New York Times article solidified her vision for the story. “The article had this line that was, ‘At this wedding, the scent of roses and orange blossoms mingled with the odors of dried herring and pickles,'” she says. “I sent it to my editor and I just said, ‘This is what I want my book to be. I want it to be roses and pickles. I want it to have the uplifting, joyful, romantic parts, but I want it to have the grit. I want all that Lower East Side history and grit to be represented too.'”

Her research also led her to some surprises. “In 1910 in New York City, there were over 5,000 professional matchmakers,” she says. Of course, “the bulk of them were men. They weren’t all men by any means, but it was a business. There was a lot of money involved.” She chose to center her book around Sara, a young woman who has several strikes against her as she pursues her calling as a matchmaker, and not only because of her gender. “If you were an unmarried woman, you weren’t supposed to be alone with an unmarried man trying to find a match for him,” Loigman says. Single and young, Sara finds herself facing legal threats from men who see her as a threat to their livelihoods.

Still, Sara pushes through — and so does her granddaughter, Abby, who faces more modern pressures that tell her she should value reason and logic over love and emotion.

Loigman’s research also led her to interview some contemporary Orthodox matchmakers, who are still very much active today. “Did they think of it as a calling? Did they feel that compulsion to do it?” she says. “I think generally, yes. I think people do feel like they have a flair for it.” Today, she says, “I do think that the role of the matchmaker has changed from what it used to be. I think it’s become more of a life-coach role these days, where people want to talk to young singles about being more open to different kinds of people. It’s not as transactional as it was.” As matchmaking is alive and well in many modern Jewish communities, Netflix is taking note. In March, it announced it was producing a series called “Jewish Matchmaking.” “Will using the traditional practice of shidduch help them find their soulmate in today’s world?” the show’s tagline reads. The word shidduch refers to a match or marriage partner, but it also means “to rest” or “to experience tranquility,” according to the Jerusalem Post.

Indeed, for Loigman, “The Matchmaker’s Gift” was meant to offer some tranquility and connection for readers in a time of need. She also wanted it to present a warmer kind of Jewish story at a time when anti-Semitism is on the rise. “I feel a responsibility to tell Jewish stories,” she says. “When I wrote my first book, I just told a story, and it happened to be a Jewish story, because that was the story that I knew to tell. Afterwards, the response that I got was such that it made me feel like it was important to tell Jewish stories that are not Holocaust stories, and are not war stories, and are not stories about us getting murdered and being trapped and all of these things.”

Ultimately, Loigman hopes her work fosters connections across all barriers, just as Sara and Abby do in the book. “The thing that makes me happiest is when people write to me and say, ‘This reminded me of my grandmother. This brought me so much happiness.’ And they’re not Jewish people, and they’re reading it, and they’re connecting with it,” she says. “We need that connection between people.”