Taylor Lautner Took a Break From Hollywood After Twilight 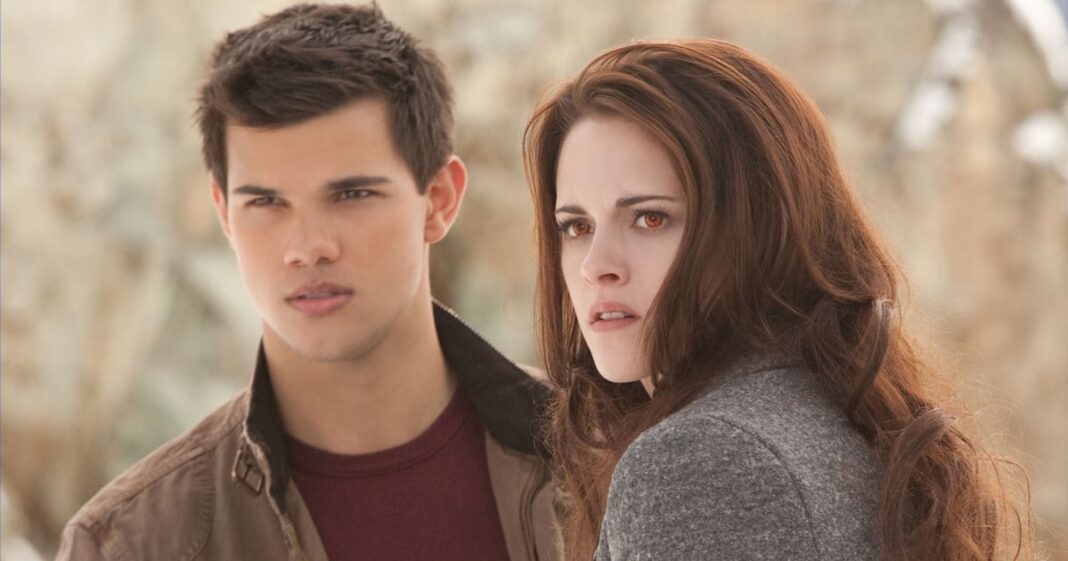 “Are you team Edward or team Jacob?” If part of your middle school and high school years revolved around asking your friends this controversial question, you’re probably familar with the film origins of Taylor Lautner, who split the “Twilight” fandom in two when he made his debut as teenage werewolf Jacob Black in 2008. In the nearly 14 years since the film first premiered, Lautner has remained a cultural icon for his performance as the shapeshifting teen. While longtime Twihards still reminisce about Jella fan fiction and Lautner’s lengthy hair (it was a wig the whole time), the film franchise took a mental and emotional toll on the star that pushed him to step back from Hollywood.

“It was a learning curve for all of us as a family.”

“In ‘Twilight,’ I was the youngest — I was 16 — and so my parents were a huge part of (grounding me), even when I was filming movies,” he tells CNN in a recent interview. While swarms of fans chased him down with handmade signs proclaiming their love — at malls, movie theaters, and even grocery stores — Lautner struggled to process his newfound fame, hardly taking time to bask in his onscreen success.

For Lautner’s parents, dealing with fame was “uncharted territory,” and seeing him rise to the top didn’t change the fact that he was still their son. “When I was home, I still had to take out the trash,” he says. “I still had to mow the lawn.” Joking, he adds that his parents would tell him, “We don’t care that you’re on the big screen. You still gotta do your chores.”

Beyond making sure he stayed grounded, Lautner’s parents were key in helping him realize his need to separate himself from his overwhelming popularity. “My parents definitely just put it into perspective. I think even for them it was uncharted territory for parents that have a 16-year-old going through that,” he says, adding that the sudden influx of attention from fans — and the pressure that came with it — inspired him to take a break from acting. “It was a learning curve for all of us as a family. And that’s why I think the step back is just a good refresh and just to make sure you’re doing things for the right reasons.”

When filming wrapped on “The Twilight Saga: Breaking Dawn — Part 2,” the fifth installment of the film franchise, Lautner noticed that his fan base rapidly began to dwindle. With fans who disappeared as quickly as they’d arrived, he began to experience imposter syndrome, another factor which led to his much-needed hiatus. “When that’s taken away from you at all, you start to question yourself and start to be like, ‘Oh, do people not care about me anymore?'” he said. “It goes away a little bit. You notice it, and that’s the dangerous part, because that can really mess with your mind.”

After taking a brief break from the entertainment industry to reflect on his experiences, Lautner returned in roles like Cam in “Tracers” (2015) and Dale Ashbrick Jr. in the British sitcom “Cuckoo” (2014–2018). Most recently, he appeared as Troy Lambert in “Home Team,” a sports-comedy film about a disgraced NFL player who returns home to coach his son’s middle-school football team. In 2018, the star also began dating Taylor Dome, a nurse from California.

On Nov. 13, 2021, he announced their engagement via Instagram. “Cannot wait to spend forever with you @taydome,” he wrote. “You love me unconditionally. You don’t put up with my 💩. You calm me when I’m anxious. You make me laugh way too much. You make every single day spent with you so special. And most importantly, you make me a better person. I can’t thank you enough for what you’ve brought to my life. I love you forever.”

What Are Liposomal Supplements? The Science + Top Picks