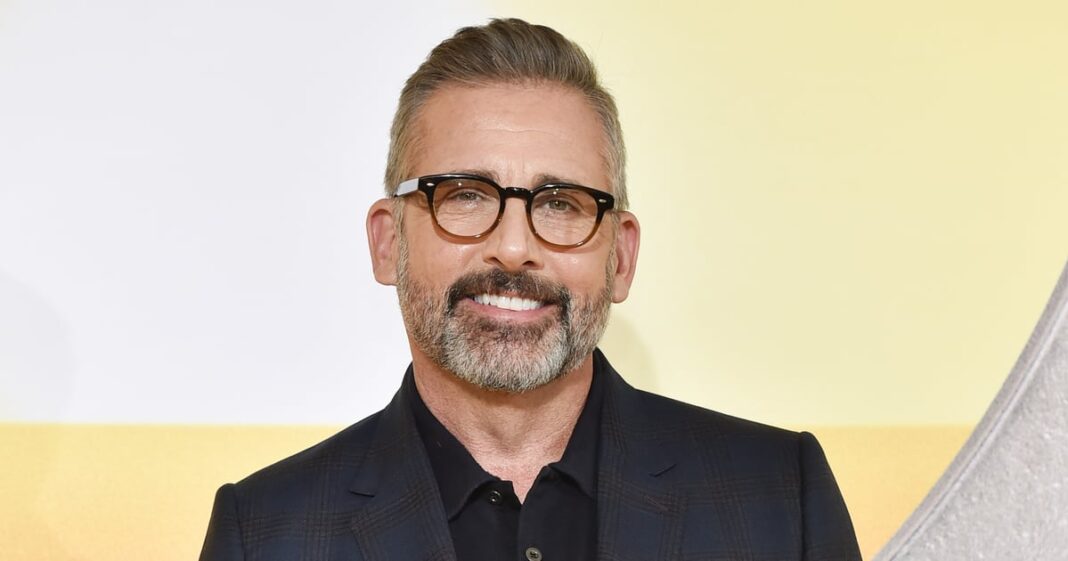 Steve Carell is the hilarious dad we’d expect him to be. The father of two is as funny off screen with his children as he was in his Emmy-winning sitcom, “The Office,” during its nine-season run. Steve has two kids: his daughter, Elisabeth Anne, and son, Johnny, both of whom are now adults. The two still support their famous father at his red carpet events — most recently for the latest installment of the Despicable Me franchise, “Minions: The Rise of Gru.”

“. . . They were all over it, like not even a hesitation,” Steve previously told People about getting his kids to come to the premiere. “I think it’s nostalgic at this point. They love the characters and they love the franchise. It’s been a big part of our family.” He added that the movie series “started when they were 4 and 7, and now they’re 18 and 21.”

Steve has a lot of love for his family, but according to him, he supposedly plays favorite with his kids sometimes. During a game of “Burning Questions” on “The Ellen DeGeneres Show” in November 2019, the talk-show host asked if the actor had a favorite child, to which he immediately replied, “Yes,” as he slammed on his red buzzer. Wisely, he didn’t elaborate on that answer, so we may never know if his son or his daughter is, in fact, his favorite. We’ll just assume he was trying to get a good laugh from the audience.

The funnyman shares his two kids with his wife of more than 25 years, Nancy. Read ahead for everything we know about the Carell family.

Elisabeth Anne Carell was born on May 26, 2001. She is Steve’s only daughter with his wife, Nancy, and she goes by the name Annie. In 2013, Steve told The Guardian that after she was born, his life completely changed. “When we had kids, my career completely changed. I’ll never forget the first audition after my daughter was born. I nailed it because I didn’t care any more,” he said. He added that both of his kids are sneaky and sometimes pit him and Nancy against each other. “The toughest thing is that they will play one of you against the other,” he shared. “Kids are very cagey.”

Annie is a student at Northwestern University in Evanston, IL, and expected to graduate in 2023. Her parents are obviously very proud and happily wear their NU gear. Steve and Annie are very close and even used to go on father-daughter dates together.

John Carell was born on June 25, 2004. He is Steve and Nancy’s only son. He goes by the name Johnny and seemingly takes after his funny parents. In 2013, Steve tweeted about an interaction between his wife and son: Nancy asked Johnny if he’d made his bed, to which he replied, “Yes and no.” When she asked what that meant, Johnny said it meant “no.” We love the sarcasm! Steve also told People in 2010 that both his kids are funny. “My kids doing something funny? Oh boy, they do something funny every day,” he said.

Johnny’s also not immune to being embarrassed by his parents. During his November 2019 appearance on “The Ellen DeGeneres Show,” Steve shared that he likes to put on a dog-head mask to embarrass his kids in front of other people.