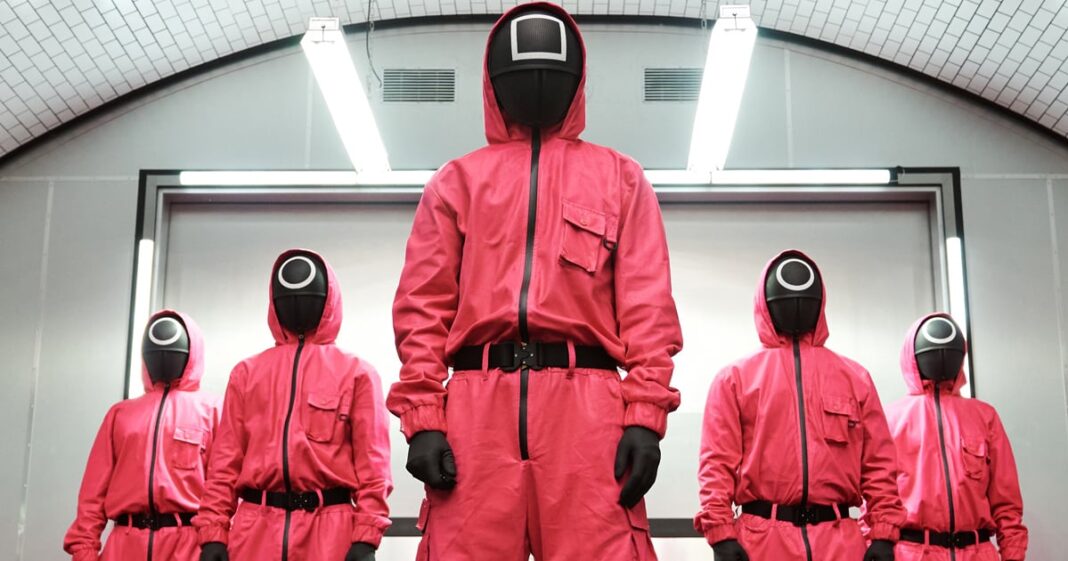 Netflix is hosting a “Squid Game” reality TV show inspired by the survival drama series — but don’t worry, the stakes aren’t life or death. On June 14, the streaming platform announced “the biggest reality competition ever” at the Banff World Media Festival, according to The Hollywood Reporter. Just like the series, the competition will host 456 contestants — the largest cast in a competition yet — battling it out in a string of mind-bending games to win a massive cash prize.

While specific games haven’t been announced, the 10-episode series will be “full of tension and twists,” so we fully expect to see an IRL (but nondeadly) Red Light, Green Light doll, a tug-of-war game, and a dalgona-candy challenge so frustrating we’ll be clinging to the edge of our seats as we watch from the comfort of our couches. But we also fully expect a few new challenges to be added to keep contestants on their toes, which means things could get dicey.

The announcement comes just days after Netflix officially renewed “Squid Game” for a second season. “We’re grateful for this support as we turn the fictional world into reality in this massive competition and social experiment,” Netflix’s Brandon Riegg said. “Fans of the drama series are in for a fascinating and unpredictable journey.”

Keep reading to find out more about the upcoming reality show, and if you’re one of the (un)lucky few to nab a spot in the competition, may the odds be ever in your favor.

Netflix is currently open to applications for potential contestants from around the world. Applicants must speak and understand English, as directions for the game will be given in English over a loudspeaker. To apply, you must submit a one-minute video explaining who you are, “why you want to be on ‘Squid Game: The Challenge,’ what your game plan would be, and what you would do with a huge cash prize if you won.” Participants must also be over 21 and able to commit four weeks in early 2023 to the competition.

Are we interested in getting our hands on one of those green tracksuits? Absolutely. But it’s going to take some serious at-home practice to prepare for the potentially haunting games the show might cook up.

In the original Netflix series, Gi-hun takes home 45.6 billion won, or about $38 million. For anyone cunning and fortuitous enough to make it to the end of the reality TV competition, the cash prize will be a whopping $4.56 million, the largest cash prize in TV history. It’s not yet clear how the money will be distributed or whether several winners will be able to split the prize.

Netflix has yet to announce an official release date for “Squid Game: The Challenge.” Because production is still underway and filming isn’t expected to begin until the start of 2023, we suspect the show might not hit our screens until late 2023 or even 2024.

Best President Books for Kids, As Recommended by Educators