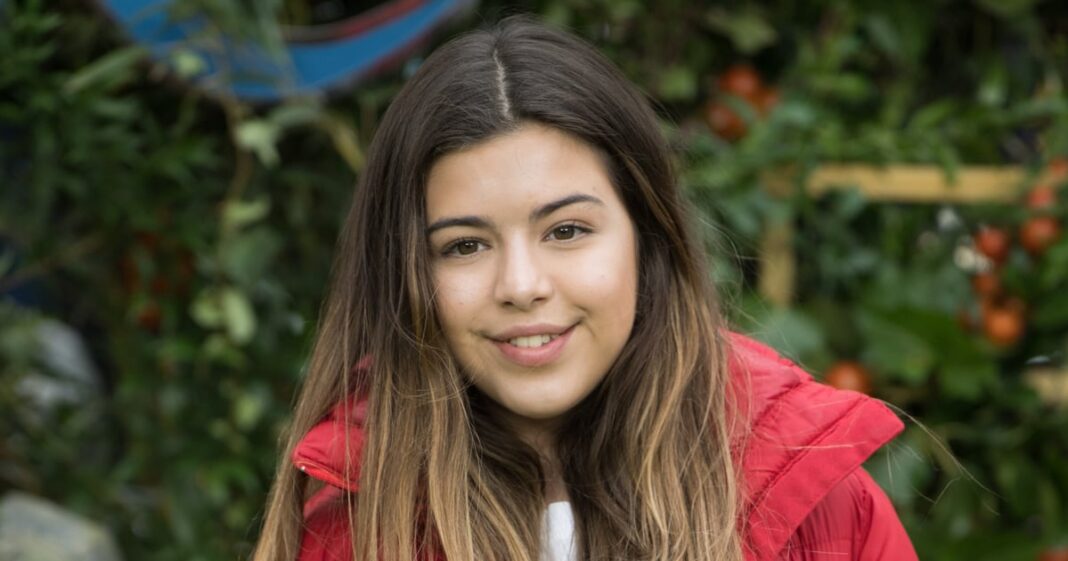 While her fans may remember her best as the adorable tot who performed Nicki Minaj’s “Super Bass” with her cousin Rosie McClelland on “The Ellen Degeneres Show,” Sophia Grace Brownlee is all grown up. On Saturday, Oct. 22, the 19-year-old announced on her YouTube channel that she’s pregnant with her first child.

Posing alongside pink and blue balloons, Brownlee said, “I am here to tell you guys that I am pregnant.” The YouTuber shared that while she was “shocked” when she first found out, she’s “super, super happy about it.” She continued, “So I am 21 weeks today, and the reason why I left it so long is because I always want to make sure that everything’s completely fine and that everything’s safe.”

Brownlee added that while she knows the gender of the baby, she’s saving that announcement for another video down the road. “So as you guys can probably see, I have some balloons next to me which are pink and blue because I’m not going to give anything away about the gender,” she teased. “I actually know the gender because I actually found out, but I am going to do a gender reveal for you guys in a separate video to this one so you can expect to see that soon on my channel.”

In 2011, Brownlee and McClelland, now 16, rose to fame after performing Minaj’s “Super Bass” on “The Ellen DeGeneres Show.” The duo went on to make a number of appearances on DeGeneres’s talk show over the years and quickly became child stars. They even went on to star in the 2014 film “Sophia Grace & Rosie’s Royal Adventure.”

Now Brownlee is embarking on a totally new adventure, and it’s one she’s looking forward to sharing with the fans who have grown up with her over the years. “I am so happy that I finally told everyone,” she added at the end of her video.

18 Bible Verses About Fear of Failure