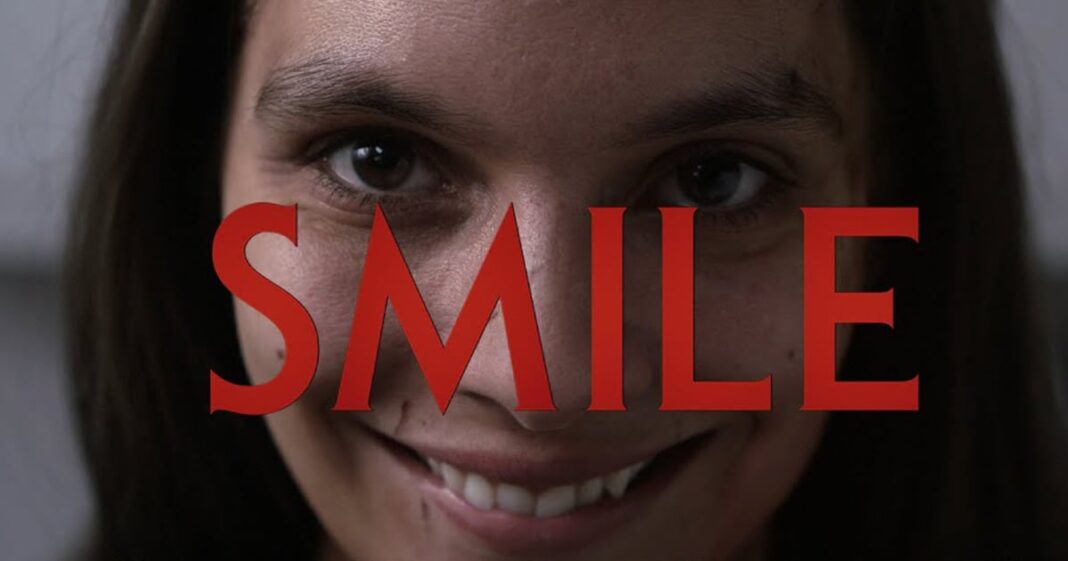 Paramount’s unsettling new horror movie, “Smile,” will make you want to do anything else. In the new trailer for the haunting film, written and directed by “The Hidebehind”‘s Parker Finn, a doctor named Rose Cotter (Sosie Bacon) gets an unwelcome surprise when her patient, worried that something is out to get her, becomes the victim of an unexplained new curse that forces her to smile before she meets her untimely end. As the mysterious disease begins to spread, Dr. Cotter realizes that she must “confront her troubling past” if she plans to survive this eerie new illness.

Like a cross between “It Follows” and “The Ring,” “Smile” features all the must-have horror movie elements: a seemingly harmless yet mystifying curse, a deadly countdown, and even a nightmarish jump scare at the end of the official trailer. To promote the film, Paramount also partnered with TikTok to release a “Smile” effect that gives users the same creepy grin as all the cast members — try it out at your own risk. “You will never trust a smile again,” the movie’s tagline reads, making us wonder if those tight-lipped smiles with strangers on the sidewalk will ever truly be the same. Find out more about “Smile,” including the cast and premiere date, ahead.

Paramount released the official “Smile” trailer on June 23. Watch the full trailer — and beware of the terrifying jump scare at the end — here.

The Best Dance Apps for Kids

Thoughtful (and Most Importantly, Practical) Father’s Day Gifts the Dad in Your Life Wants, but Isn’t Gonna Ask For