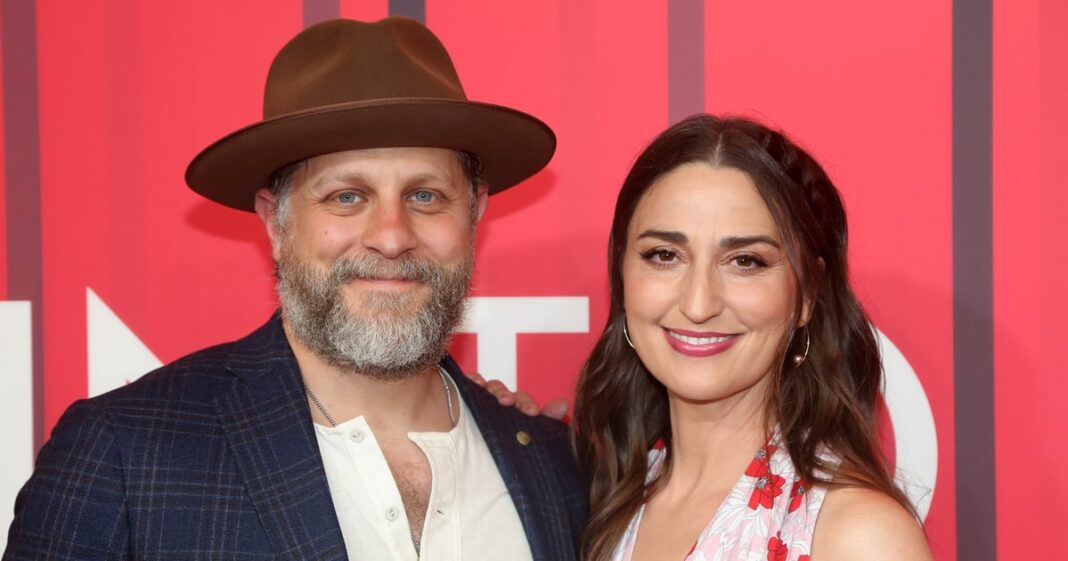 Sara Bareilles kicked off 2023 with a special announcement: she’s engaged to her boyfriend of five years, Joe Tippett. The “Girls5eva” star shared the news in an Instagram post early on Sunday morning. The post features a picture of Bareilles and Tippett grinning at one another while the Grammy Award winner casually shows off her simple gold band.

The “Winter Song” singer used the caption to gush about her new fiancé. “Yes to marrying this man,” she wrote. “It’s an easy, earned, relaxed YES. @joetipps you are exactly who I want. The more I know you the more I know I love you . . . and you have introduced me to parts of myself I was afraid to love. And now I love ME more because of you. So really this is all about me. Just kidding. What a gift you are. Let the games begin. Onward into absolutely everything with you.”

Bareilles’s comments quickly filled with congratulations from her friends. Vanessa Carlton wrote, “Yay!!!! Such amazing news. Congratulations sweeties!!!!!!!!!!” And Rita Wilson added, “What happy happy news!!! So overjoyed for you both!” Bareilles’s “Girls5eva” costar Busy Philipps was so overwhelmed with happiness she just left a string of emojis (“❤️😭❤️😭❤️😭❤️😭❤️”), while Jennifer Nettles commented, “Congratulations gorgeous Loves!!!! Onward indeed in all things!!!”

For Bareilles and Tippett, this engagement has been a long time coming. The couple first met in 2015 when they both were working on the musical adaptation of the 2007 film “Waitress.” Prior to the show moving to Broadway, Tippett played the main character’s husband. In 2017, the duo made their first red carpet appearances, confirming they were a couple.

In 2020, Bareilles spoke with People about how she was initially concerned her happiness would have a negative affect on her music — and how happy she was to be proven wrong. “The part of myself that I don’t think is in danger is the part that will always be wandering and wondering,” she said. “I had a fear that if I was happy and content in a relationship that I would stop writing music. But now I am seeking and wandering in partnership.”