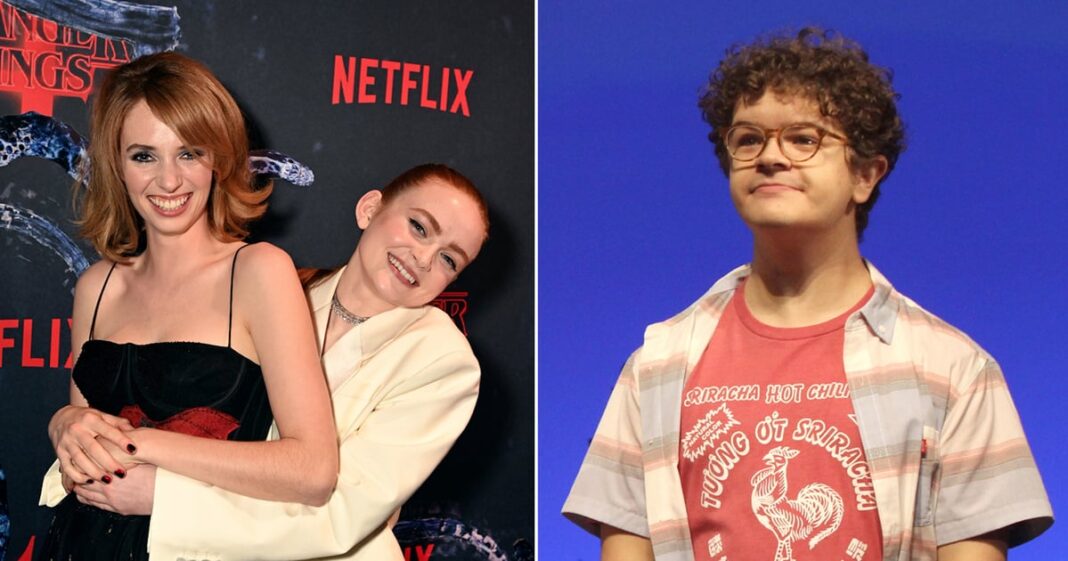 Sink and Hawke’s presence at The Music Box Theatre on July 19 was actually a well-orchestrated surprise, as Matarazzo had no idea they’d be in the crowd, People reports. After the show wrapped and Matarazzo took his first of many bows to come, the trio snapped a few photos together to satiate “Stranger Things” fans in the wake of season four.

The following morning, Hawke praised Matarazzo’s performance on social media, sharing a photo of her Playbill on her Instagram Story and writing, “Go see @gatenm123 be just about the most delightful creature to grace the stage.” Considering the fact that Matarazzo has appeared in several Broadway productions through the years — including “Priscilla, Queen of the Desert” in 2011 and “Les Misérables” in 2014 — we’re hardly surprised to hear he’s crushing his latest stage role.

During a recent appearance on “The Tonight Show,” Matarazzo discussed his highly anticipated return to Broadway. When host Jimmy Fallon asked if it could be likened to riding a bicycle, the 19-year-old star offered another metaphor. “This is kind of like getting on a motorcycle,” he joked. “I haven’t run in a show long term consistently since I was 12, and that was before my voice changed. I was only doing four shows a week then, now I’m doing eight.”

Matarazzo, Sink, and Hawke appear in seasons three and four of “Stranger Things,” portraying Dustin Henderson, Max Mayfield, and Robin Buckley, respectively. In the most recent season, they appear in several scenes together as they track down Joseph Quinn’s Eddie Munson before the police do. Read ahead to see photos of the trio bonding after the “Dear Evan Hansen” show.

Top 20 Famous People Who Were Blacklisted by Hollywood

What To Know About ‘Polyworking,’ the New Workplace Trend