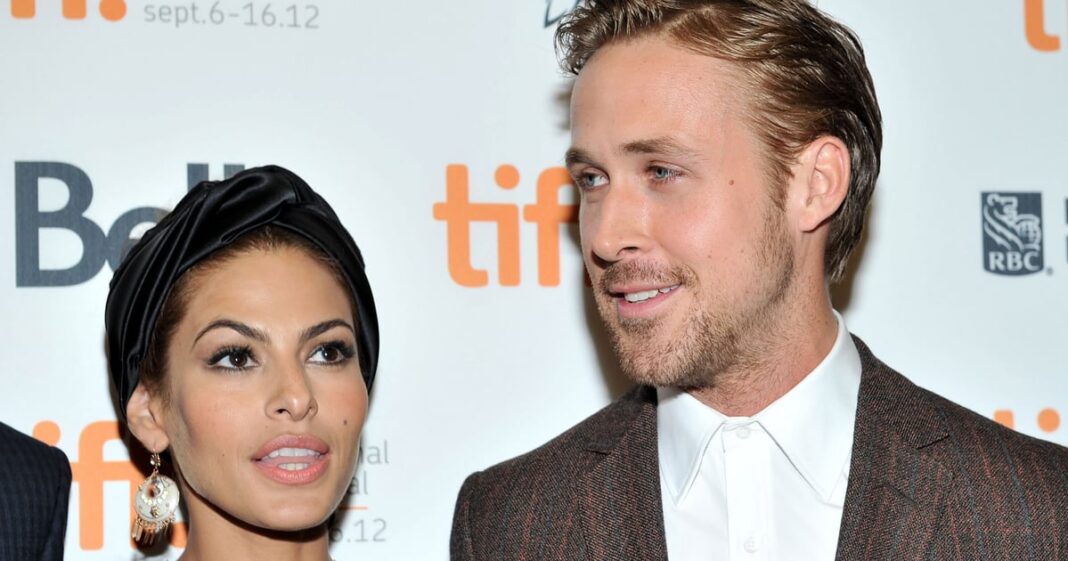 In 2019, Eva Mendes noted that in the past, she wasn’t necessarily set on having children — until “Ryan Gosling happened” (fair enough).

Gosling and Mendes have been together since at least 2011. They met on the set of their film “The Place Beyond the Pines,” and have been together ever since. The pair share two daughters — Esmeralda Amada Gosling and Amada Lee Gosling. While the couple tend to keep quiet about their relationship and their kids, they’ve shared some windows into their lives over the years.

Back in 2018, Gosling told Jimmy Kimmel that his kids won’t let him watch anything other than shows with talking animals. Then, in an interview with British GQ published on Jan. 1, 2022, Gosling opened up about his family life, saying, that time is “something I think about a lot now” and that his “kids are growing up so fast I need to keep an eye on the clock in a way I never used to.”

He also offered some details about his and Mendes’s efforts to keep their kids entertained during quarantine, saying, “Our kids were at a difficult age not to be able to see other kids and interact with people, even though Eva and I did our best,” and adding that he and Mendes did “more acting in quarantine than in our films. Tougher crowd, though.” Below, check out more details about Gosling and Mendes’s kids.

Born on Sept. 12, 2014, Esmeralda is the oldest child of the couple’s. While filming 2018’s “First Man,” both girls visited the set, and later, Esmeralda made a hilarious comment about Ryan’s profession. “I think they think I’m an astronaut. My oldest said the other day — she pointed to the moon and was like, ‘That’s where you work, right?'”

Less than two years after having Esmeralda, the couple welcomed their second daughter, Amada, on April 29, 2016. After her birth, Mendes said of going from having one baby to two: “It’s not that different because this little Amada — Amadita — is an angel. She’s such an angel that it hasn’t changed that much yet, but I feel like in a few months once she really starts having a voice . . . I think it’ll be a little bit louder.”

Because the girls are so close in age, which meant having two toddlers simultaneously, in 2019 Mendes told POPSUGAR, “It’s so hard to get two little ones to leave the house. The struggle of the car seat and strollers is real; it’s the thing I find the most challenging at this point. I wonder if other mothers know what I’m talking about. You can’t just throw your kids in the car; you have to pack a bag, snacks, a ‘just in case’ diaper . . . “