Regé-Jean Page Will Not Return to Bridgerton 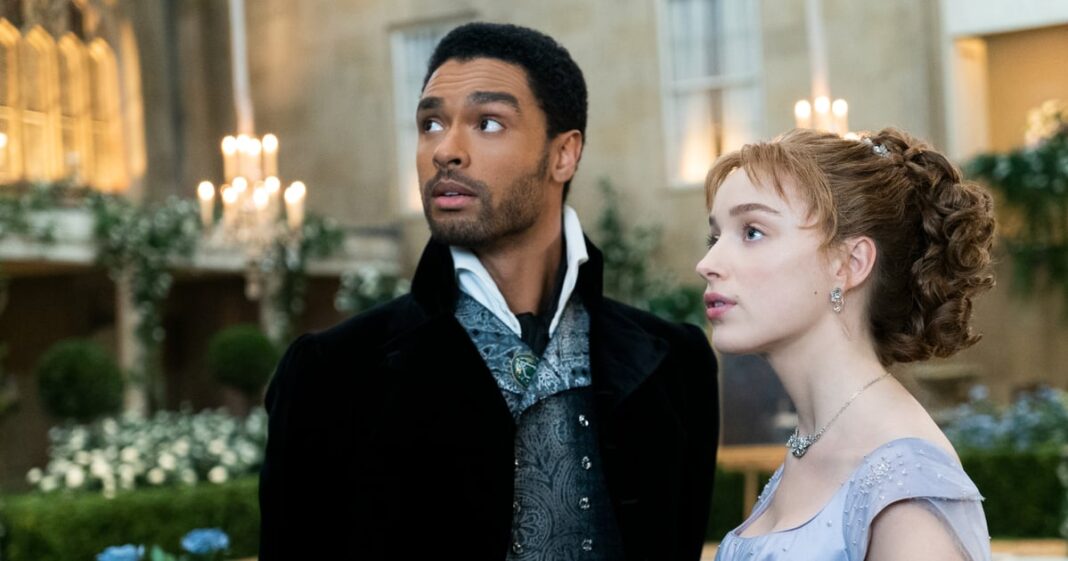 Now that “Bridgerton” fans have come to terms with the fact that Regé-Jean Page is not in season two (or any future seasons), let’s dive into the real reason behind his departure. After Lady Whistledown herself announced Page’s exit from the beloved Netflix series on Twitter on April 2, 2021, the 34-year-old actor told Variety later that month that it was always the plan for Simon Basset to have a “one-season arc.” In fact, that was one of the draws of the role for him.

“There is also value in completing these arcs and sticking the landing.”

“It’s going to have a beginning, middle, end — give us a year,” Page said, recalling previous conversations with Shondaland producers. “[I thought] ‘That’s interesting,’ because then it felt like a limited series. I get to come in, I get to contribute my bit, and then the ‘Bridgerton’ family rolls on.”

Page explained that one of the things he loves about the anthology is that each book is dedicated to a different character’s love story. “One of the things that is different about this [romance] genre is that the audience knows the arc completes,” he explained. “They come in knowing that, so you can tie people in emotional knots because they have that reassurance that we’re going to come out and we’re going to have the marriage and the baby.” The actor made it clear that he has “nothing but excitement for ‘Bridgerton’ continuing to steam train off and conquer the globe,” adding, “But there is also value in completing these arcs and sticking the landing.”

According to The Hollywood Reporter, Page was offered an opportunity to guest star in three to five episodes of season two at a rate of $50,000 per episode, but he declined.

So, was Page nervous about leaving the show that made so many people fall in love with him? “Not at all, because that’s what was meant,” he told Variety in May 2021. “Simon was this bomb of a one-season antagonist, to be reformed and to find his true self through Daphne. I think one of the bravest things about the romance genre is allowing people a happy ending.” The actor says his “Bridgerton” exit is similar to leaving high school. “You’re afraid of the unknown, thinking, ‘Oh, my God, I’m never going to make friends as good as the ones I have,’ and then you do.”

In a July interview with the outlet, Page seemed secure in his decision to only participate in one season of “Bridgerton,” and even gave the series his blessing to continue molding his character without him however they see fit. “They’re free to do as they like,” he said. “Shonda [Rhimes] and I had a wonderful conversation at the end of season one. We were quite happy with how we stuck the landing on that one.”

Rhimes told Vanity Fair that she was “really shocked” about fans’ response to Page’s departure. “Usually that happens when I’ve killed off somebody that’s been around for a while. Like, we didn’t kill him, he’s still alive!” she said. “[Regé-Jean] is a powerful, amazing actor and that meant we did our job — every season, our job is finding the right people and putting together this incredible, world-shifting romance. I don’t know that I expected this much of an explosion, given that every book [in the Bridgerton series] is a different romance. What would be the ever-after of this combo? I mean, really: What would Regé-Jean do, you know what I mean? We gave them their happily ever after! And now we have this next couple coming. And so yeah, I was like, whoa!”

Even though Page isn’t in “Bridgerton” anymore, his presence in Daphne’s life is still felt throughout season two. Plus, we haven’t seen the last of the actor, as he’s already signed on for two major films. Page appears alongside Ryan Gosling and Chris Evans in Netflix’s “The Gray Man,” which debuts in theaters July 15, and he’ll be starring in the upcoming movie adaptation of “Dungeons & Dragons,” so it won’t be long until he graces our screens again.

tai chi, healing, mediation and some self defense — TaiChiUSA