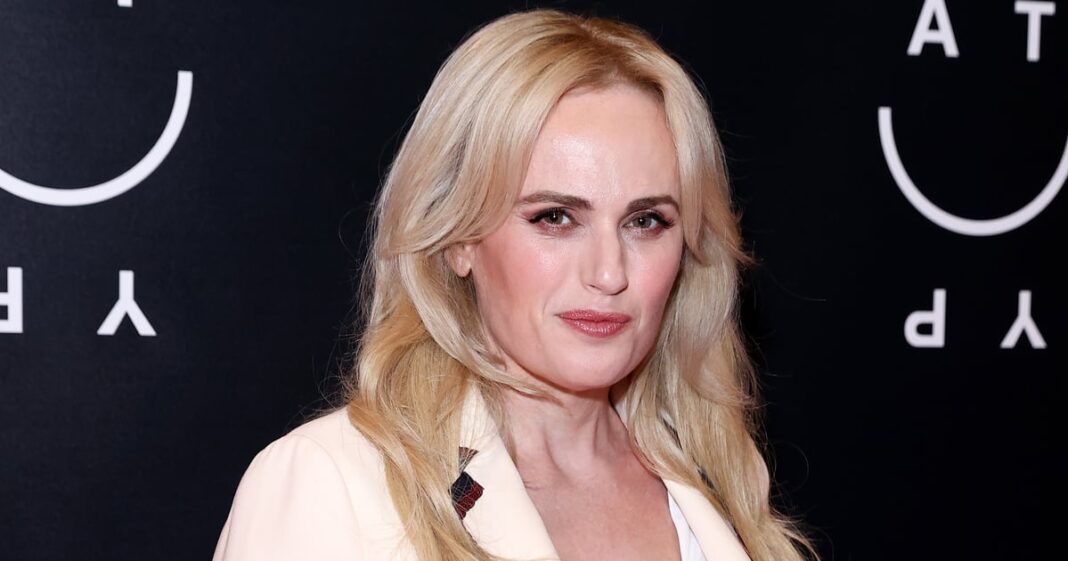 Just days after Rebel Wilson announced she is dating fashion designer Ramona Agruma via her Instagram, The Sydney Morning Herald revealed in an op-ed piece that it was planning to announce the “Senior Year” star’s new romance in the newspaper on June 12. Journalist Andrew Hornery said that they gave Wilson two days to comment on the story before printing it, writing that she “opted to gazump the story, posting about her new ‘Disney Princess.'”

On June 9, the “Pitch Perfect” actor announced via Instagram that she’s dating Agruma. “I thought I was searching for a Disney Prince . . . but maybe what I really needed all this time was a Disney Princess 💗🌈💗#loveislove,” she captioned a photo of the two. A source told People that Wilson is “in an amazing place and I’ve never seen her happier.”

Now social media users are calling out The Herald for attempting to out Wilson. Journalist Kate Doak tweeted, “So apparently it wasn’t @RebelWilson’s choice to come out . . . The @smh/@theage have admitted to giving her a heads up 2 days in advance that they were going to “out” her.” Wilson responded to Doak’s tweet to say that the past few days have been challenging. “Thanks for your comments, it was a very hard situation but trying to handle it with grace,” she responded.

Thanks for your comments, it was a very hard situation but trying to handle it with grace 💗

The Herald’s editor Bevan Shields is denying that the paper tried to out the actor. “Our weekly Private Sydney celebrity column last week asked Wilson if she wished to comment about her new partner. We would have asked the same questions had Wilson’s new partner been a man,” he wrote. “To say that the Herald ‘outed’ Wilson is wrong. Like other mastheads do every day, we simply asked questions and as standard practice included a deadline for a response. I had made no decision about whether or what to publish, and the Herald’s decision about what to do would have been informed by any response Wilson supplied.”

Last month, Wilson told People that she got set up with her girlfriend “through a friend.” “We spoke on the phone for weeks before meeting. And that was a really good way to get to know each other. It was a bit old-school in that sense — very romantic,” she said. It’s unclear when the pair made their relationship official, but they recently attended a Park City, UT, ski trip in April.

Wilson previously dated billionaire businessman Jacob Busch and made their relationship Instagram official in September 2020. However, the two split four months later, which Wilson also confirmed on Instagram. “Lots on my mind . . . aghhhhhh . . . #single-girl-heading-to-Super-Bowl!,” she wrote in a caption.

In November, Wilson told People that she originally paused on dating, noting that she was “looking for the right person.”

Here’s Exactly How to Book a Venue