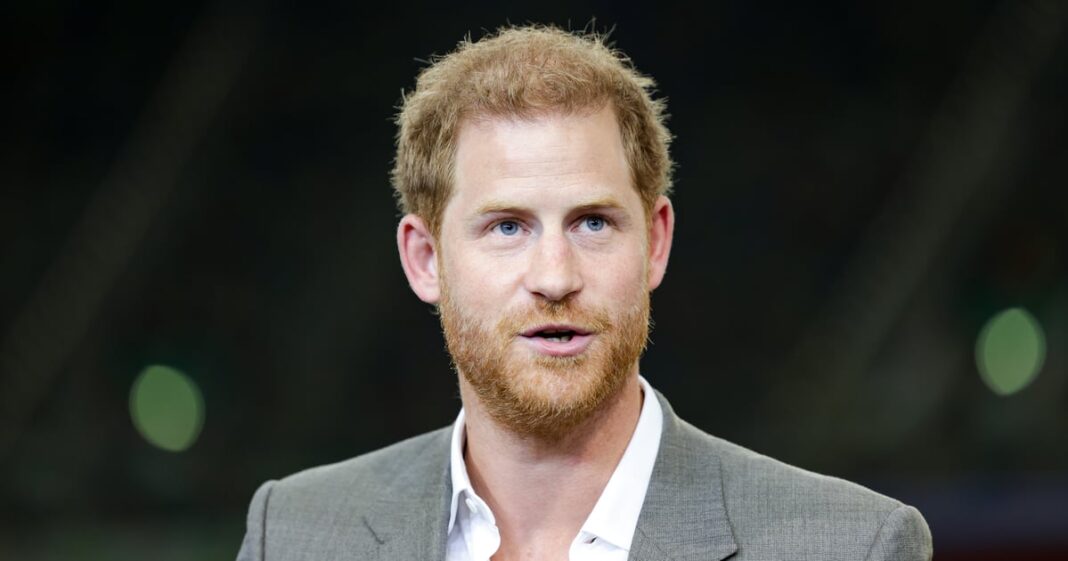 Prince Harry honored Remembrance Sunday by reaching out to military children who have lost a parent. The Duke of Sussex wrote a letter to the UK charity Scotty’s Little Soldiers, which supports children and young adults who are grieving the loss of a parent who was part of the British Armed Forces. The charity is close to Harry and Meghan Markle’s hearts — it’s one of the charities the couple asked people to make donations to in honor of their wedding — and the closeness the duke feels to children dealing with the death of a parent is clear in his letter.

“As many of us observe and reflect on Remembrance Sunday, I wanted to write to you and let you know you are all in my thoughts and heart today,” Harry began in his letter, which was shared on the official Scotty’s Little Soldiers site. “We share a bond even without ever meeting one another, because we share in having lost a parent. I know first-hand the pain and grief that comes with loss and want you to know that you are not alone.”

He continued, “While difficult feelings will come up today as we pay tribute to heroes like your mum or dad, I hope you can find comfort and strength in knowing that their love for you lives and shines on. Whenever you need a reminder of this, I encourage you to lean into your friends at Scotty’s Little Soldiers. One of the ways I’ve learned to cope has been through community and talking about my grief, and I couldn’t be more grateful and relieved that you have amazing people walking beside you throughout your journey. We all know some days are harder than others, but together those days are made easier.”

Harry was just 12 years old when he lost his mother, Princess Diana, in a car accident. The Duke of Sussex has been open throughout his life about the profound affect her death had on him, which makes the advice he shares with the children helped by Scotty’s Little Soldiers all the more valuable.

“Today and every day, I admire and respect all the men and women who have given their lives in service of us — especially those in your family,” Harry wrote. “I am also incredibly proud of you for being the best example in remembering them.”

On Sunday, members of Scotty’s Little Soldiers and their parents marched together in London’s National Service of Remembrance parade. In his letter, Harry acknowledged that while marching would no doubt be hard, it was also an important and special way for families to honor the parents they have lost. “When you march together in today’s parade, wearing your yellow and black scarves, I know it will be hard, but equally important to do,” he continued. “Today you will bring new awareness to young people, just like you, who will benefit from this community of support. I salute you for serving others in need, in the most honourable memory of your parent.”

As a veteran himself, Harry is passionate about helping those who have served in the military. On Friday, Harry and Markle shared a post in honor of Veterans Day and the UK’s Armistice Day on their Archewell Foundation website.

“On this Veterans Day and Remembrance Day, we honor service members across the world,” the couple wrote. “These brave men and women, as well as their families, have made tremendous sacrifices and embody duty and service. We are proud to work with so many organizations that support veterans and military families, including: The Invictus Games Foundation, The Mission Continues, Team Rubicon, Scotty’s Little Soldiers and The Greatest GENERATIONS Foundation. Today and every day, thank you for your service.”

Plank Variations to Try at Home With @lovesweatfitness | #Shorts