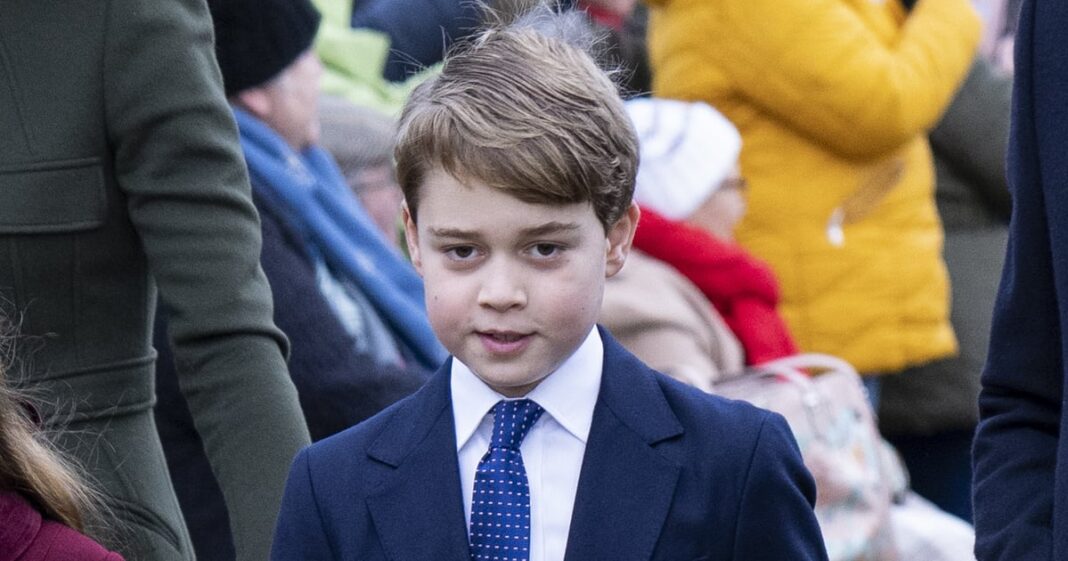 They may be royals, but Prince William and Kate Middleton are first and foremost proud parents. On Christmas Day, the Prince and Princess of Wales shared a beautiful portrait of a reindeer painted by their eldest child, Prince George, on their official Instagram. The 9-year-old’s painting is a colorful ode to the season that paired perfectly with the couple’s holiday wishes for their followers.

George made the reindeer the star of his artwork, but there are two birds perched on the animal as well. Add in a blue background dotted with snow, and the scene becomes a winter wonderland. “Happy Christmas!🎨 by George,” Middleton and William captioned their post.

The young prince isn’t the only member of the royal family with a hidden talent for art. His grandfather King Charles III is also an avid painter. In October, a print of a painting of Balmoral that Charles painted sold for $6,500 at auction.

In addition to his parents revealing his art to the world, George’s Christmas Day also saw him take on both royal and big-brother duties during the royal family’s traditional walk to church in Sandringham. This year was a year of firsts for the entire family. Not only did Prince Louis make his royal Christmas debut, this year marked Charles’s first as king.

This means George, who is second in line to the throne, is beginning to make more royal appearances while also balancing his official duties with being a child. During the family’s walk to church, the 9-year-old was poised, but also mindful of his younger brother. At one point, George seemed to be gently guiding Louis as the youngster took part in his first walk.

William and Middleton are all too aware of the struggles that come with being part of the royal family, and while they’re preparing all three of their children for the realities of being a British royal, they’re also focused on making their childhood as normal as possible, too. “As royal parents, both Kate and William have focused on . . . working to ensure that all three of their children enjoy the peaceful childhood that eluded William and Harry,” royal historian and author Robert Lacey told People in 2021.

That includes nurturing their children’s talents, including George’s artistic endeavors.

Adidas says its Yeezy partnership is ‘under review’

8 conclusions from the 2022 Giro d’Italia Donne