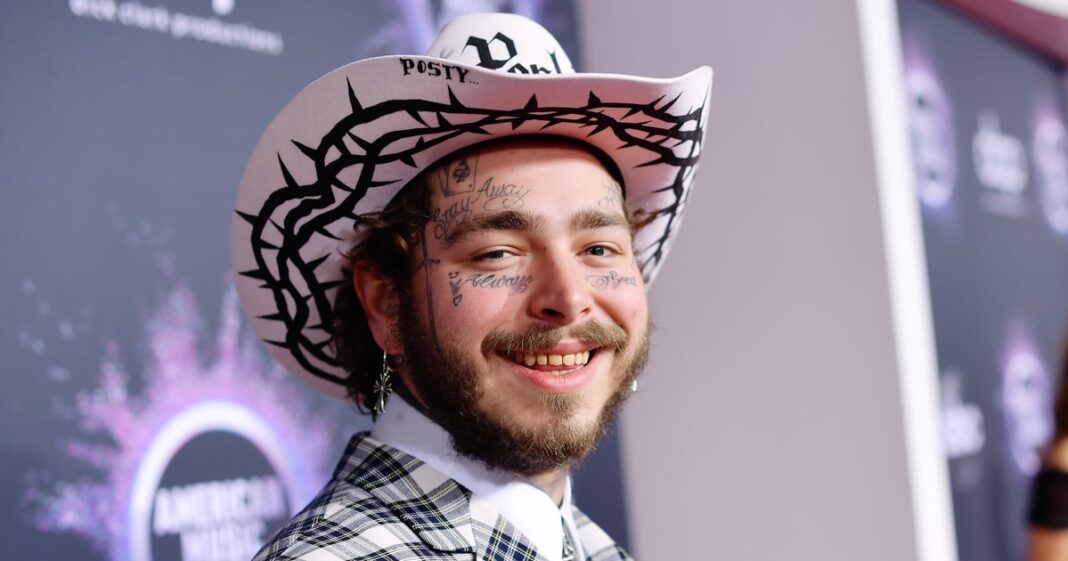 New dad Post Malone is doing his best to ensure his 4-month-old daughter likes his music. While the rapper keeps his private life out of the spotlight as much as possible, he did reveal that he and his unnamed fiancée welcomed a baby girl in June. Malone hasn’t shared many details about his little one with the world since then, but in a new interview with GQ, he did reveal his hopes that she’ll become a fan of her daddy’s songs.

Given how young she is, it’s a little early for Malone’s daughter to be forming strong opinions about anything just yet, but that hasn’t stopped her family from playing her dad’s music around her as much as possible. If the baby is jamming to “Circles” in her crib, she’s keeping it quiet for now.

“She hasn’t cried whenever I put my music on so far, which I think is a good sign, but we’ll wait and find out,” Malone told the publication. “I got to let her decide. I tried to play her some stuff but I can’t really tell what she’s into right now. She’s going to have to like my music, I think, [or] she’s going to get used to it — I know everybody at the house plays it for her and hopefully, they’ll get stuck in her head.”

For now, Malone’s daughter is being introduced to her Grammy-nominated father’s music via lullabies and Kidz Bop. “I love playing her lullabies. They make lullabies of my songs,” he shared. “Those are nice to listen to. Sometimes we’ll even put it on and I’ll have to guess what song it is and I just forget all the melodies. I’m like, ‘What song is this?'”

His worries over his daughter’s musical tastes aside, Malone revealed that he’s loving being a dad, but being away from his little girl while he’s on tour is “heartbreaking.” He explained to GQ, “It’s really tough not being able to see her, but she’s coming out more often now . . . she’s such a legend and I’m just happy to see her. But it is heartbreaking having to leave and not be able to be with her all the time.”

9 Moon Phases and How Each Impacts You