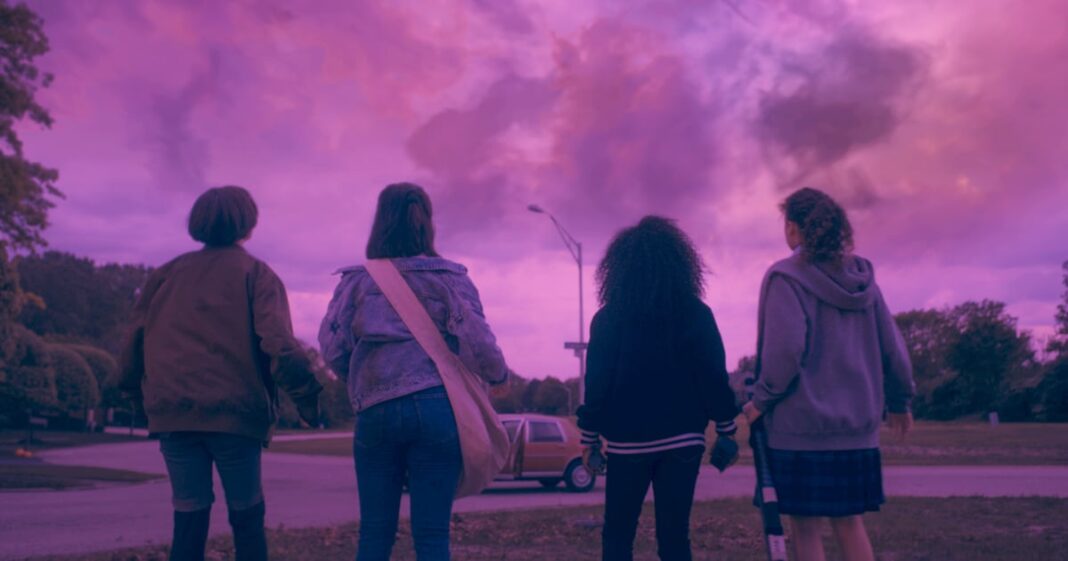 “Paper Girls,” based on the beloved comic book series written by Brian K. Vaughan and illustrated by Cliff Chiang, is coming to the small screen. On June 9, Prime Video released a first look at the series, and it looks like it’s going to be an epic sci-fi adventure.

The “Paper Girls” comics came out in 2015 and were widely celebrated. The series has often drawn comparisons to “Stranger Things” thanks to its sci-fi and coming-of-age themes; 1980s pop culture references; and complex, time-jumping plot. Fans also love its queer storylines and all-women lead cast.

“As fans of the comic already know, this story seamlessly interweaves deeply personal character drama with the kind of high adventure and action that is truly rare on the small screen,” showrunner Christopher C. Rogers said of the drama in a press release. “That said, this show is for everyone (even those who’ve never picked up a comic book!) who has ever wondered what it would be like to meet themselves at a different stage of life — to compare what you know now with what you thought you knew then.”

Ahead, check out the “Paper Girls” cast, plot, release date, and more.

The Best Dance Apps for Kids