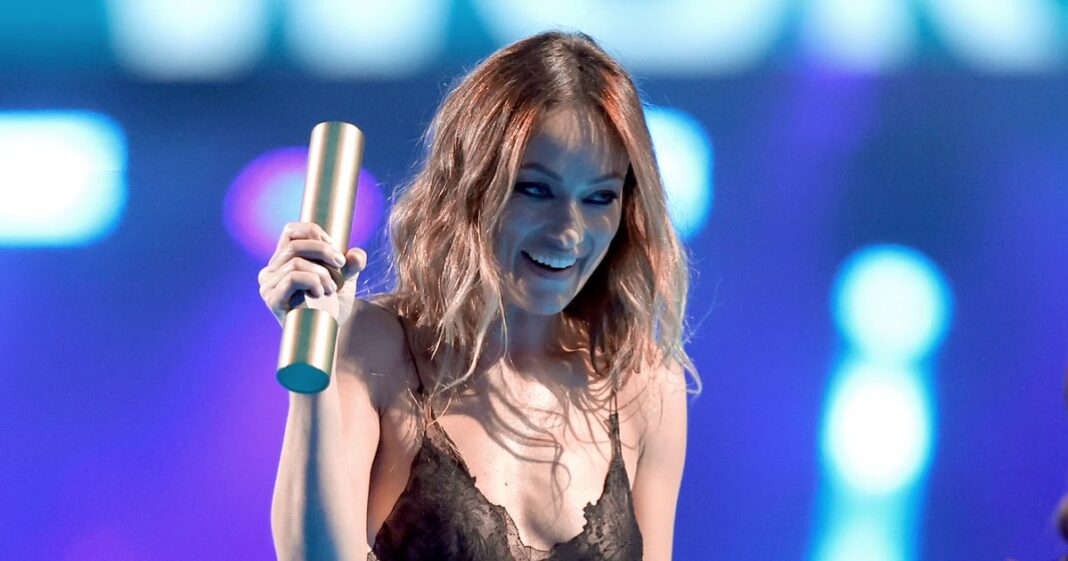 Olivia Wilde accepted the award for drama movie of 2022 for “Don’t Worry Darling” at the 2022 People’s Choice Awards on Dec. 6, and she took the opportunity to gush over her film’s crew.

“Thank you so much,” the director — who also appears in the film — began. “Obviously this award isn’t for me, it’s for the entire production, and it’s such an honor to accept it on behalf of the entire ‘Don’t Worry Darling’ family.” She continued, “We made this movie this movie in 2020 when many people were not confident that audiences would return to theaters, if they ever reopened. And yet, more than 190 brilliant crew members showed up every single day during a pandemic to make something that they hoped you guys would show up for and you did show up and we’re so, so grateful.”

Wilde said, “There are just so many people who are so integral to a movie getting made. From our PA team to our AD department to our COVID safety team to our janitorial staff to our transportation team to the stunt performers, the stand-ins, all these people showed up, and they worked so hard, and they made so many sacrifices just hoping to make something that you would enjoy. So this award means so much to all of us, and it’s a real testament to all of their hard work. So this is for them.”

Florence Pugh and Harry Styles are also nominated for the drama movie star of 2022 for their work in the film.

Wilde’s appearance at the PCAs comes not long after reports broke that she and Styles had split after about two years together. The pair met on the set of “Don’t Worry Darling.”

Wilde reflected on some of the hate she’s received online in an October interview with Elle. She talked about how some people are critical of her parenting (she shares Otis, 8, and Daisy, 6, with ex Jason Sudeikis), saying, “If I’m photographed not with my kids, people assume I have abandoned them, like my kids are just somewhere in a hot car without me. The suggestion is that I have abandoned my role as a mother. You know why you don’t see me with my kids? Because I don’t let them get photographed. Do you know the lengths that I go to to protect my kids from being seen by you?” She also talked about people who are ageist toward her and said, “It’s so sad to me to look at that and realize people have such small expectations for their own lives and they are projecting those expectations onto me. And I reject your projections.”

Though Wilde doesn’t have her next directing project lined up, she’ll appear in this December’s “Babylon” alongside Margot Robbie.