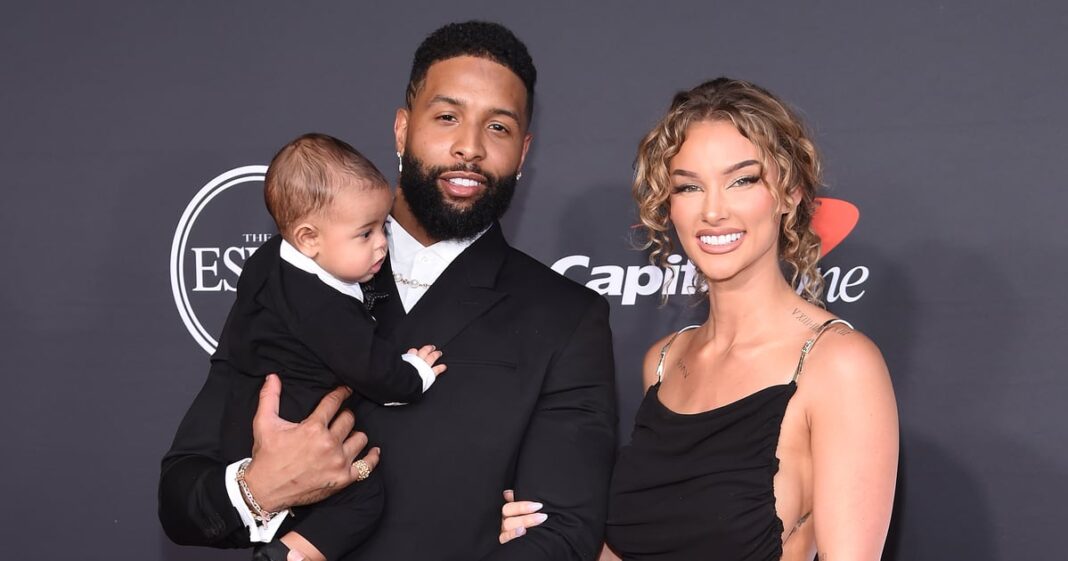 Odell Beckham Jr. and girlfriend Lauren Wood turned the 2022 ESPY Awards into parents’ — and baby’s! — night out. The couple stepped onto the red carpet at the Dolby Theatre Wednesday night with their infant son, Zydn, five months after his birth. The family of three wore matching black outfits as they posed for the cameras, which they also showed off on Instagram in a post captioned “Mi Familia 🖤.” Later in the evening, the Los Angeles Rams wide receiver presented the best championship performance award, alongside “Ted Lasso” actor Hannah Waddingham, to Beckham Jr.’s teammate Cooper Kupp.

Beckham Jr. and Wood welcomed their son on Feb. 17, right after the former’s Super Bowl win, and shared the exciting news on Instagram a week later. “THE biggest blessing I’ve ever had in my life arrived here on earth! The words, I can’t even put together for the overwhelming emotions that ran thru me . . . a moment I will never forget and cherish forever,” the athlete wrote in a caption.

Three months later, Beckham Jr. gave fans an update on what fatherhood looks like for him when he shared a TikTok video of him cradling Zydn in his arms. “Me thinking that winning the Super Bowl was going to be the best moment of my life,” he wrote in the clip. “. . . and then you came along.”

Ahead, check out photos of Beckham Jr., Wood, and their son, Zydn, on the ESPYs red carpet.

This Is the ‘Snuggie’ of Sweatshirts, and It’s Only $35