Nick Carter’s Hurts to Love You Song For Aaron 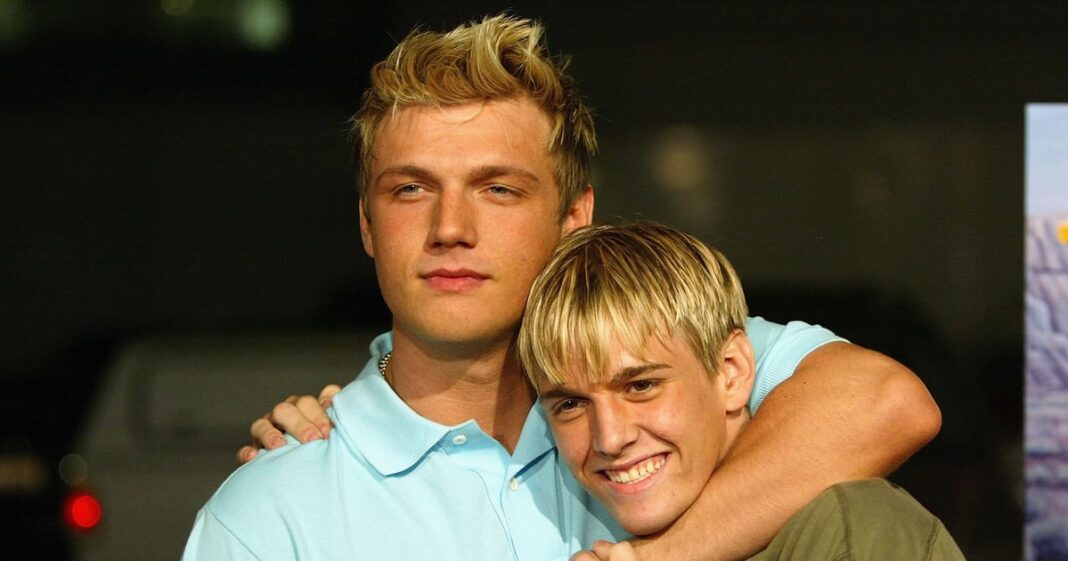 Nick Carter has released a song in honor of his brother Aaron, who died on Nov. 5, 2022, at age 35. The track, called “Hurts to Love You,” is an emotional ode to his late sibling.

Carter announced the song in a Jan. 11 Instagram post. “We all have someone in our lives that no matter what they do and how bad it hurts you still love them,” he wrote below what looks like a clip from a music video, which features a montage of childhood videos of Aaron. “So I worked it out the best way I know how.”

The song’s lyrics dive into the brothers’ complex relationship. “I feel like we’ve been through some wars together,” the lyrics begin. “Nobody else could understand.” They go on to express Nick’s regrets that his brother didn’t get to see his life improve. “Always hoped your tomorrows would be better than the days before,” it continues. “I hoped you’d find your road to follow to a place you were happy in this world.”

Nick first teased the new music on Instagram, sharing a Jan. 11 release date in a post. He also hinted at the song’s music video in another post where he sits next to what appears to be a home movie projector watching film.

The brothers, who were born seven years apart, have a famously complicated relationship. In 2019, Nick filed a restraining order against his younger brother, per NBC News, and alleged that Aaron expressed “alarming behavior” and thoughts of killing Nick’s wife and child. Nick said their sister Angel also sought the order with him and said in a statement at the time, “We love our brother and truly hope he gets the proper treatment he needs before any harm comes to himself or anyone else.”

After Aaron’s November passing, Nick and Angel set up a fund to support On Our Sleeves, a children’s mental health organization. “Thank you for choosing to celebrate the impact of the life of Aaron Carter with a gift of hope. By honoring Aaron, you help Nick, Angel, and their family’s commitment of helping others,” the donation page reads.

In December, Shannon “Shay” Ruth claimed that Nick sexually assaulted her in 2001 when she was 17 years old. Carter’s attorney said at the time, “This claim about an incident that supposedly took place more than 20 years ago is not only legally meritless but also entirely untrue. Unfortunately, for several years now, Ms. Ruth has been manipulated into making false allegations about Nick — and those allegations have changed repeatedly and materially over time. No one should be fooled by a press stunt orchestrated by an opportunistic lawyer; there is nothing to this claim whatsoever, which we have no doubt the courts will quickly realize.” As a result of Ruth’s allegations against Nick, POPSUGAR confirmed that ABC pulled the Backstreet Boys Christmas Special from their December lineup.

Nick also faced rape allegations from singer Melissa Schuman in 2017, who said the assault took place in 2003, which he also denied. CNN reported that LA prosecutors did not file charges because the statute of limitations expired.

Listen to a snippet of the song below.

Should I do strength or cardio first?