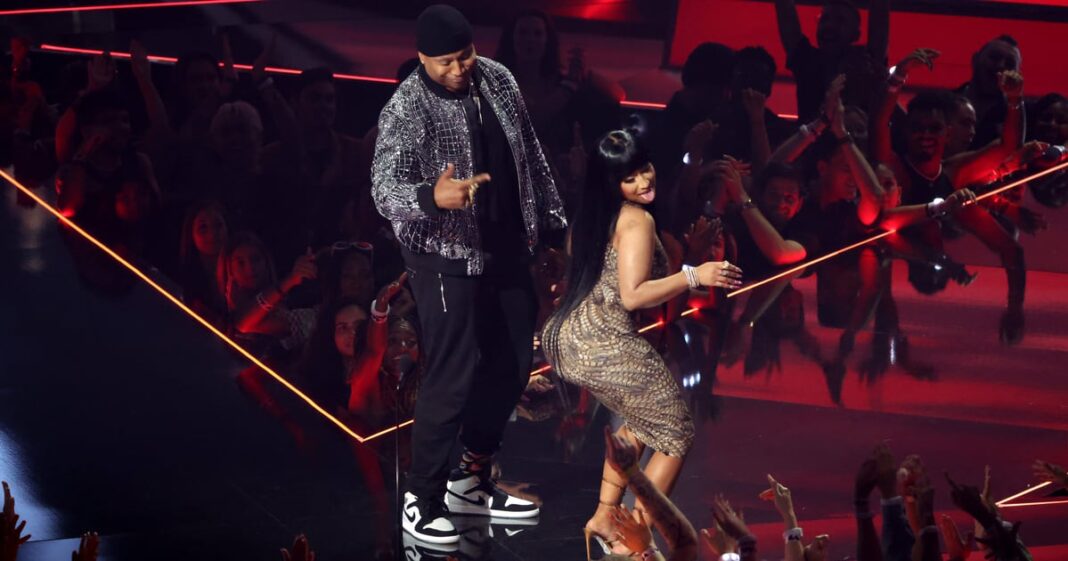 The 2022 MTV Video Music Awards has come and gone and left a trail of epic photos in its wake. The stars turned up in droves for the black carpet at the Prudential Center in Newark, NJ, on Aug. 28, including Lizzo, Jack Harlow, and Dove Cameron, among others. Performances from artists like Blackpink and Panic! at the Disco captivated the crowd with show-stopping numbers.

The night’s big winners included Taylor Swift, whose “All Too Well (10 Minute Version) (Taylor’s Version)” nabbed her video of the year, best longform video, and best direction. Of course, the real queen of the show was emcee and 2022 Video Vanguard Award-winner Nicki Minaj, who impressed with a compilation of her greatest hits and then sweetly shouted-out her toddler son, known publicly as Papa Bear, during her acceptance speech.

But even those big moments weren’t the only jaw-dropping segments of the night. From the red carpet to backstage to, well, on the stage, here are the coolest pictures captured during the 2022 VMAs.

Fueling During Your Menstrual Cycle