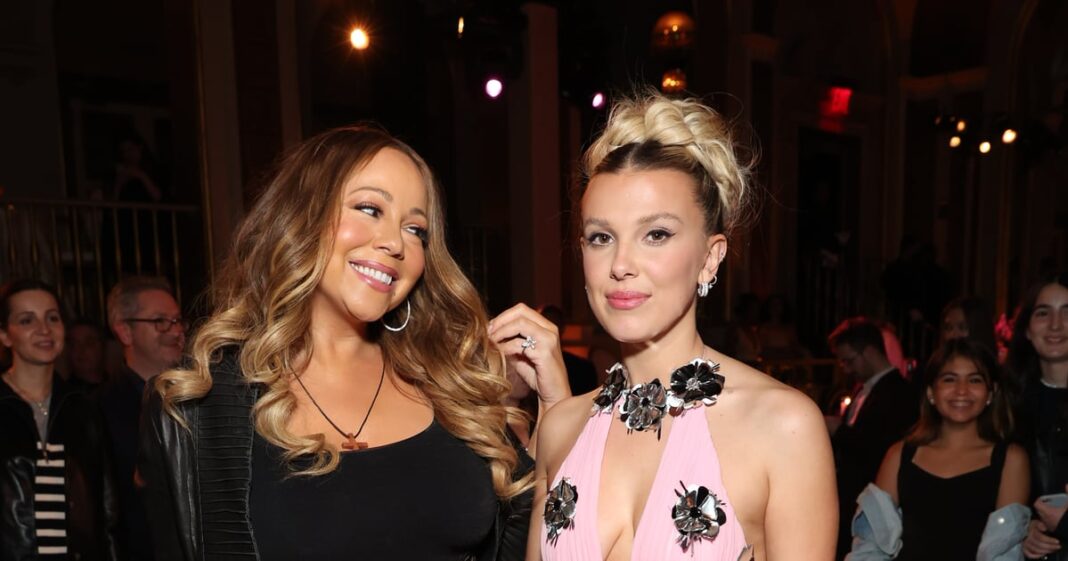 Millie Bobby Brown could be diving into the music world — with a little help from one of the greats. In an interview on “The Tonight Show With Jimmy Fallon” on Oct. 27, the “Stranger Things” star opened up about her friendship with Mariah Carey and revealed that a collaboration between the two isn’t off the table. “Potentially,” Brown replied when asked if they might be working on a musical project. “She’s always doing something. She’s the busiest woman ever . . . She’s the most talented singer ever.”

According to Brown, her friendship with the “All I Want For Christmas Is You” singer began when Carey shared a photo of her son Moroccan holding a pumpkin — which had Brown’s “Stranger Things” character Eleven carved on it. “My son is obsessed with Millie Bobby Brown. . .can someone please ask her to call him 🙏☺️,” Carey wrote on Twitter.

My son is obsessed with Millie Bobby Brown… can someone please ask her to call him 🙏☺️ pic.twitter.com/4MfRs46V3l

Brown reached out and eventually met up with Moroccan and Carey, and a bond instantaneously formed. “She grew up in the public eye. We have connected on so many different levels but also I love the way that she leads her life, with so much power,” Brown said. She added that Carey sometimes bursts into song at random moments. “She does it when we’re eating Chinese food,” the 18-year-old star added.

Back in September, Carey and Brown thrilled fans when the singer shared a TikTok featuring Brown and her boyfriend, Jake Bongiovi, re-creating a scene from her “Honey” music video. Speculation about a potential collaboration has been brewing ever since. In the meantime, Brown is continuing to shine in her acting pursuits, taking to the red carpet later on Thursday alongside Bongiovi to celebrate the premiere of “Enola Holmes 2.”

Building Connections Is a Life Skills Library-in-a-Box & We Love It!