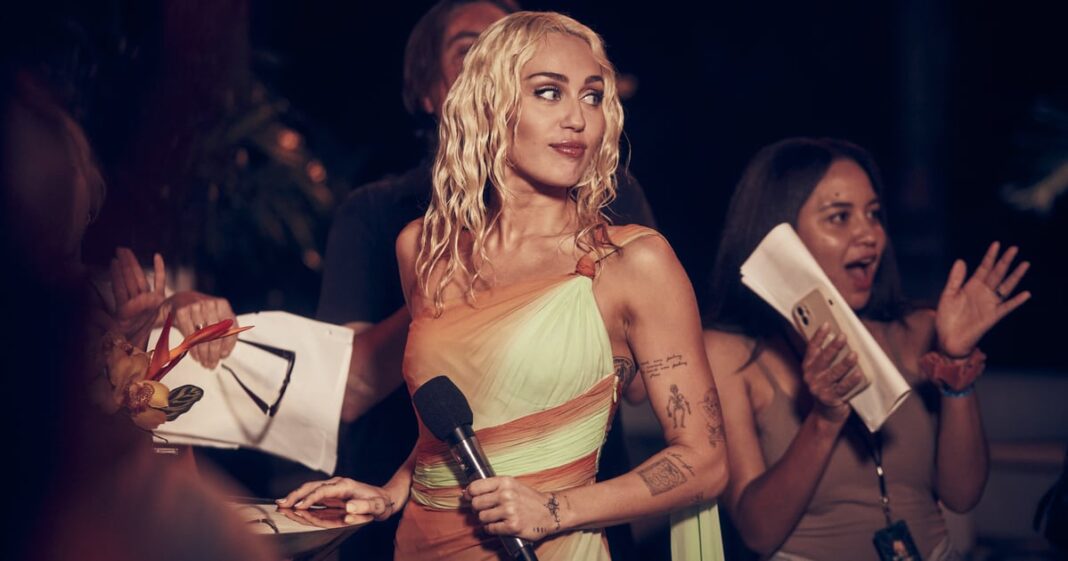 Miley Cyrus fans have something special to look forward to this January: a new single. During “Miley’s New Year’s Eve Party” which aired on NBC and Peacock on Dec. 31, Cyrus teased her latest song “Flowers,” which she revealed will be released on Jan. 13. The “Wrecking Ball” singer then went on to tease the song in two separate Instagram posts.

During the show, a short clip featuring a snippet of the song alongside Cyrus walking down a road wearing a gold dress played. She went on to share the clip on her grid, along with one where she’s slipping out of her dress and walking across a lawn. One of the lines from “Flowers” can be heard in the teaser: “I can love me better than you can.” She captioned both teasers, “NEW YEAR, NEW MILEY, NEW SINGLE. FLOWERS JANUARY 13.”

Although Cyrus hasn’t announced her eighth studio album just yet, it seems likely that she will in the coming days. In addition to revealing the release date for “Flowers,” there’s also a mysterious countdown to another announcement on her official website. As of Jan. 1, there are three days left on the countdown clock.

The last new studio album Cyrus released was 2020’s “Plastic Hearts.” She also released “Attention: Miley Live” in April 2022. In November 2022, the “Midnight Sky” singer appeared to reunite with music producer Mike WiLL Made-It, whom she previously worked with on her 2013 album “Bangerz,” in the studio. While she didn’t confirm that she was working on new music, around the same time, music duo Rae Sremmurd shared photos of Cyrus singing with them on Instagram (the photos also included Made-It). They captioned their post, “EAR DRUMMERS & HEAD BANGERZ!”

With that in mind, an official eighth album feels inevitable. For now, check out the “Flowers” teasers below.

Are My Hamstrings Tight? Here’s How To Tell