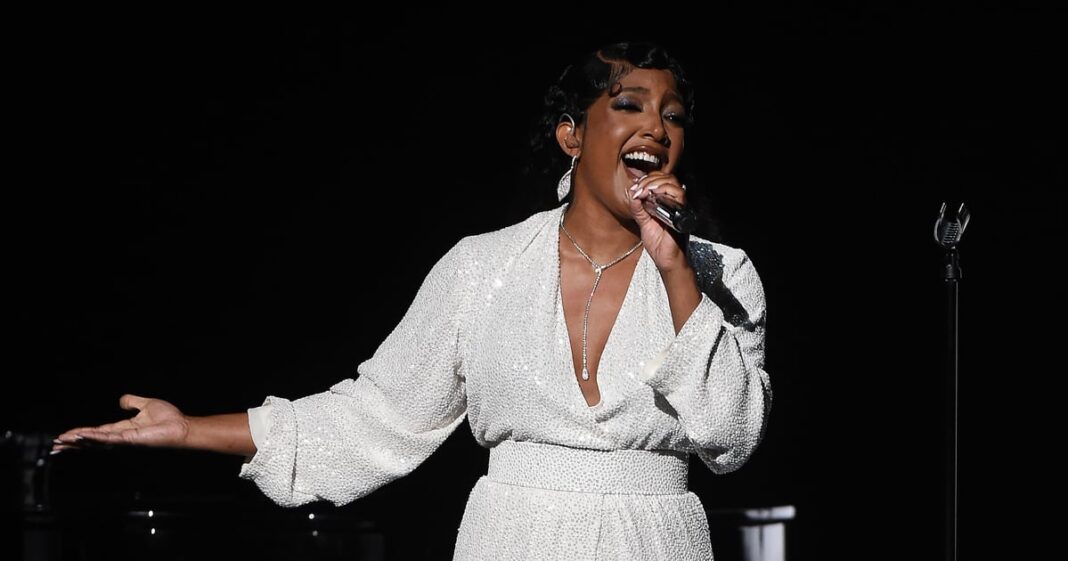 Mickey Guyton lent her voice to an empowering tribute to women in sports and the strides they’ve made — and the ground left to cover — at the 2022 ESPY Awards on July 20. During the Los Angeles-hosted award show, numerous women athletes took the stage to address the 50th anniversary of the Title XI legislation, which went into effect in 1972 and prohibits sex-based discrimination in any federally funded educational programs.

Guyton’s performance of her 2020 track “What Are You Going to Tell Her?” was preceded by legendary tennis player Billie Jean King, who questioned the audience, “How do you measure 50 years? In the wins? In the number of obstacles you’ve overcome? The distance still to go?” Title XI “changed the game, but it’s just a start,” King said before Guyton began singing.

Guyton eventually paused her rousing rendition of the gender-discrimination-focused track so that more women in sports could deliver remarks, including Lisa Leslie, Brandi Chastain, and Carolyn Peck. Later, Jocelyn Alo, Layshia Clarendon, Chloe Kim, Oksana Masters, Allyson Felix, and Aly Raisman also spoke to the audience about the progress still to be made in equality for women in sports.

A performance to celebrate #TitleIX we will never forget.

Guyton then transitioned into her song “Remember Her Name,” singing, “Remember her laughing / through all the pain / Remember the girl that didn’t let anything get in her way / Remember her name,” as even more athletes joined her on stage.

The powerful and emotional moment had the crowd on their feet cheering and clapping along at the Dolby Theatre.