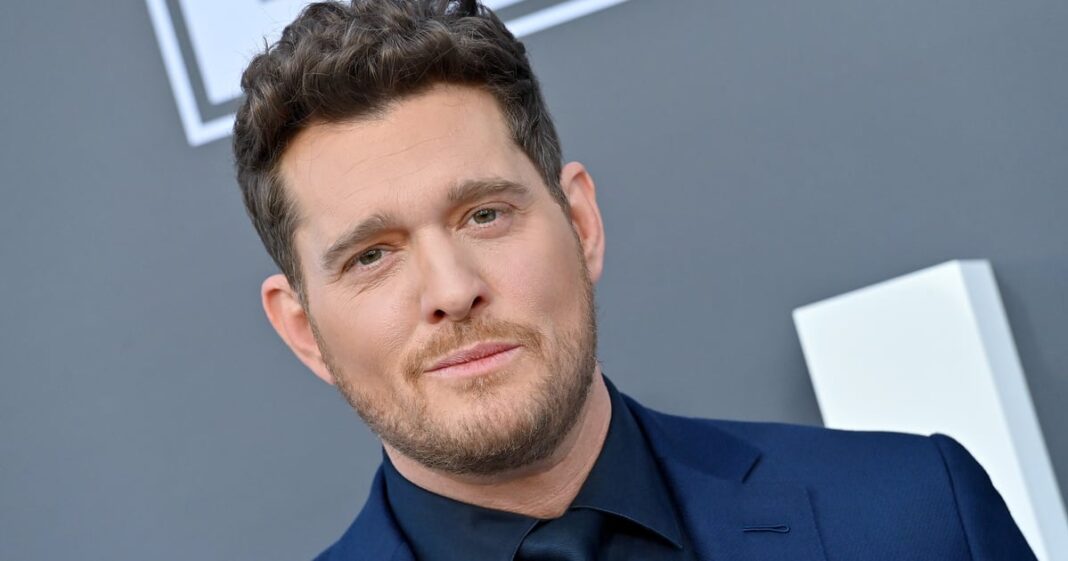 While he was away on tour, Michael Bublé’s oldest child, Noah, 8, was busy cooking up a special surprise for his dad. In an Instagram Reel posted on Thursday, Bublé revealed his talented son learned how to play “I’ll Never Not Love You” on the piano. The singer is clearly emotional in the video as he sings his hit song while Noah accompanies him.

“More talent in his little fingers than I have in my whole body!!” the proud dad captioned the video. He also added, “Noah surprised me after I was away on tour. He worked so hard to learn this song. So proud of my guy.”

Throughout the video, Bublé seems to be holding back tears even as he grins at his son’s impressive performance. Meanwhile, Noah is completely focused on hitting all of the right notes. At one point, he even starts to bob his head in time to the music just like his dad is doing. Even though he’s young, it’s already clear that Noah has inherited his dad’s musical gifts.

Noah is the oldest of Bublé and his wife Luisana Lopilato’s three (soon to be four!) children. The couple also share son Elias, 6, and daughter Vida, 3. In February, the singer and Lopilato came up with a creative way to announce they’re expecting their fourth child later this year. At the end of Bublé’s romantic music video for “I’ll Never Not Love You,” Lopilato revealed her baby bump to the camera, and the couple confirmed the news shortly after the video’s debut.

“This will be the first time that I actually say these words, but yes, my wife and I are grateful to be expecting,” Bublé said in a Feb. 22 interview with On Air With Ryan Seacrest. He also shared a photo of him and Lopilato in the snow on his Instagram with the caption, “Ooops! We did it again 🤭… bebit@ en camino 💛✨🤰🏼❤️.”

With another little sibling on the way, it’s likely only a matter of time before Noah is called upon to use his piano skills to assist his busy parents with lullaby duty.

30-Minute Cardio Kickboxing With Kick It By Eliza | POPSUGAR Fitness

The Importance of Sleep for Dancers