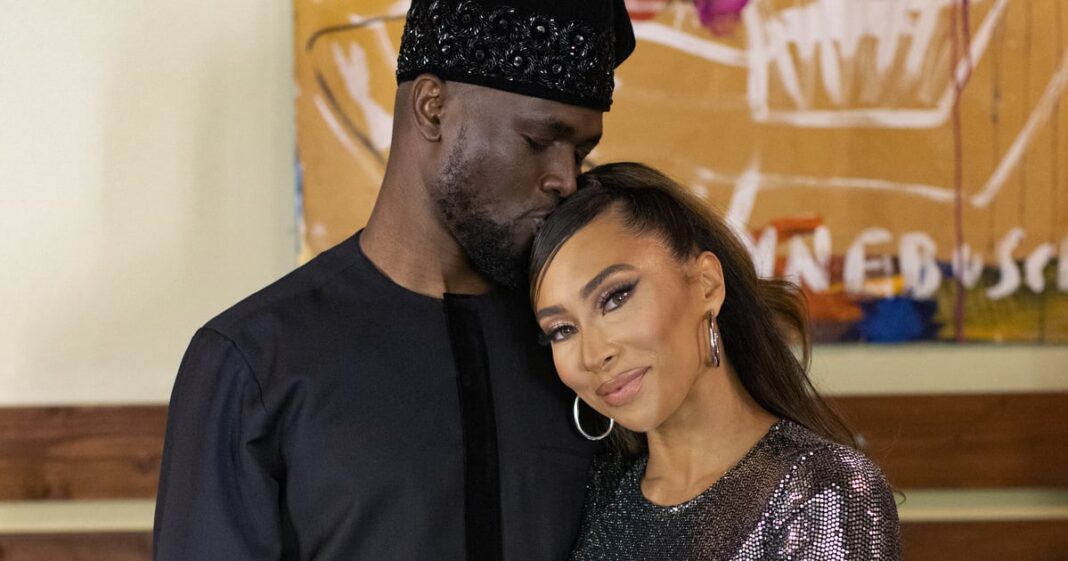 Another “Love Is Blind” couple bites the dust. On Nov. 20, Raven Ross and Sikiru “SK” Alagbada shared they were going their separate ways.

Ross and Alagbada’s rocky love story, and their short-lived happy ending, played out on “Love Is Blind” season three. After getting engaged in the pods, Ross and Alagbada, who is from Nigeria, struggled with cultural clashes throughout the season. SK ultimately left Ross at the altar in the Nov. 9 season finale. But in the reunion special (released the same day), the pair revealed they rekindled their romance. Unfortunately, recent cheating allegations against Alagbada seem to have derailed that progress.

In identical statements posted on their respective Instagram Stories, the former couple wrote, “We are saddened to announce that we have decided to go our separate ways. Due to ongoing legal proceedings surrounding these allegations, we can not provide additional details and ask that you please respect our privacy during this hard time. Thank you for following our love story and believing in us. This journey has forever shaped our lives and we are so grateful for everyone who has been a part of it. Your love and support means everything.”

The allegations they alluded to were brought against Alagbada by TikTok user @HannahBethStyle in a Nov. 18 video (which has since been deleted). She claimed she and Alagbada dated in 2019, but broke up on good terms. She claims Alagbada reached out to her to go on a trip abroad in 2021. During the trip, she claims she discovered messages from Ross under the name “fiancee,” but claims Alagbada insisted he and Ross were just friends and the relationship was all “for the money.” Alagbada has yet to respond to the cheating rumors directly, but he and Ross both deleted all photos of one another from Instagram shortly after the cheating rumors emerged.

POPSUGAR spoke with Ross and Alagbada in a Nov. 16 interview shortly before their latest relationship road bump, at which point the pair said they were thriving as a couple. “I think it really helps us that we’re both really independent and motivated individuals,” Ross said at the time. “We’re both very, very busy, but we’re also very supportive of each other. So it’s not any nagging like, ‘Oh, you didn’t call me today.’ There’s just a mutual understanding. We’re both working super hard, and then we see each other and we relax and disconnect. So it’s good to have a partner that operates that way. We don’t really have any communication issues, which has truly been a blessing.”

Fans will surely have their eyes glued to Ross and Alagbada’s socials for more details.